Steroids for 17 Year Olds? Did My Research

I’m on the verge of taking and also not taking steroids I get mixed reviews about steroid use and I am 17 Turning 18 in less than 2 months. I am 175lbs 5’8" and don’t know exact bf but know I am at a low bf due to high vascularity and abs. I put Hours and hours of research into aas and was looking to do a test cypionate 500mg a week cycle for 10 weeks and pct with 40/40/20/20 nolva after two weeks of last injection and possibly use hcg on cycle as well as aromasin since testosterone is an aromatizing steroid.

I don’t want anyone to bash me nor get annoyed because this topic is constantly discussed. I’ve taken sarms before and have 4 years of training under my belt and I’m heavily influenced towards fitness and seems that all I do is research more and more about it. I just want to know being such a light cycle, knowing a proper pct, having a good base, and already having used ped’s… is this a really bad idea or will I more than likely be safe. My biggest concern is trt and sterility. I am considering using steroids to better prepare me for marine corps basic in which I ship out for in 8 months.

Feedback would be greatly appreciated and thanks. If you want pics of my physique I can upload them.

Being prior military myself, a cycle won’t do much. You need to be running and lowering the elevation of your town(push ups) lol. People that have quite a bit of muscle mass lose some of it in basic. You’re not going to be able to get in the proper nutrition you need to maintain. So if you would run a cycle and go to basic, you’re kind of wasting money. Cardio sir, cardio. You need to be able to run, do push ups, site ups, and not die.

Annnnnnd I personally think you’re WAY to young for a cycle.

I spent 8 years in the Marine Corps Infantry so maybe I can shed a little light on the situation… First of all, you are too young for a cycle. your body is still developing. I wouldn’t do any cycles before bootcamp. you are just going to lose what you’ve got. I went to Parris Island at 194 pounds and in good shape. I came out at 162 a looking hungry af. Am i against using AAS? Absolutely not. I use them as a competitor. But i also gave my body plenty of time to develop. My coach and I decided that It would be necessary if I have hopes of becoming a pro. Honestly, bootcamp isn’t about being big or having muscle mass. I found it easier for me to pt and go on humps as I got lighter.
You should be running your ass off!!! Also, make sure you are strong with the functional movements like pull-ups, crunches, push-ups, and moving with some weight on your back.
Give your body some time and get more training in before you decide to get on gear. You’ll be amazed at how much your body can grow naturally as you go into your 20’s and mid 20’s. After that I’d say if you wanna run gear then go for it. I’m all about it. But It’s not smart at your age. I know guys that ran them in High School and in their teens. Now they look like fluffy balls of mush. Be smart about this stuff. You don’t want to mess yourself up.

There are many negative factors to consider.

You will never do just one cycle… because even though you make “amazing” results first cycle… they will go away fast, you will most likely do multiple cycles and even think about cruising ( which is using low dose for long periods of time).

It will also become expensive, a good cycle is around 500-700$ and that is already at a low cost from a trustable source, if you get it with inflated cost you will easily pay over 1,000$ for a good cycle…and the gear will probably not be half as potent as it should be… cycling is expensive and not worth it unless you have a steady cash flow coming in.

Long term sides are also very high, yes u will feel like a god etc make good gains… but 5-6 months later you will crash hard, test levels will be lower than before starting, you may develop gyno during cycle or even up to 1 year after no use…many have reported they cannot maintain sex drive or get hard…many have long periods of depression…

Even running a cycle “perfectly” will yield hiccups, what happens if you start developing gyno and u run out of nolva? now u have to find a reputable dealer mid cycle and have a 50/50% chance of not getting real nolva… and what if u spend 100-200$ on nolva… and gyno gets worse ? where are you going to buy or find real letro? many things will happen, and even after having the finest cycle on paper and on hand… anything can happen to set it into chaos…its happened to me… and i have cycled 4-5 times… cruised even… there have been times i had to have an emergency and purchase additional compounds…

At your age you will most likely be on trt near your 30s as well depending on length and dosages used on your cycles… are you ready to inject for the rest of your life? is that really wat you want? also the chance of conceiving a daughter are higher than normal for steroid users…all my friends have had daughters… all been on test for 3+ years…

Now what is a good time to take test? I would do it after 30’s even 40’s maybe after kids…that way i wouldnt have to worry about shutdowns or sperm value.

Imagine if you don’t recover, for whatever reason, from this cycle.

You think bootcamp will be fun with shitty test levels? What if you break out in acne, have severe gyno and small nuts when you go into MEPS (I think that’s what its called)… they’ll probably reject you.

Please don’t do this man, I know it seems like a good idea, but just don’t. I know a few guys who cycled while in the Marines, and at the very least you can wait until you’re settled into whatever job youre doing.

I just wanted to thank all of you for your well organized and informative feedback and also not for shitting on me lol I decided I’m not going to take aas till after my first contract at least and I work at a gym and I have an army reservist who said the same thing I’ll lose my gainz in boot camp. And also to black label I already went through Meps at fort Hamilton in Brooklyn haha that place was hell 13 hours later and getting poked with needles drug tests and waiting around all day. I think I’m just gonna stick to a good diet and sarms being that I made good gainz off of them and had no side effects. I def need to run more and start swimming because after boot camp I go to BRC. Also thank you guys for your service it doesn’t go unoticed. Anyways I can naturally put on muscle pretty well if anyone’s curious what my physique looks like here’s a few pics. 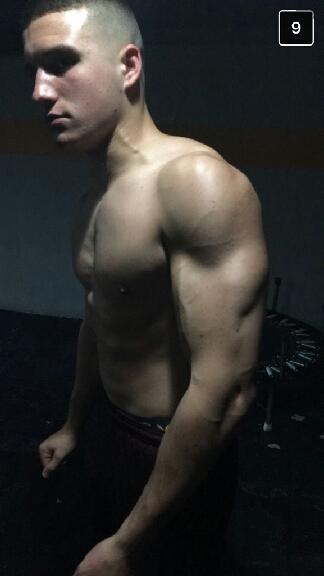 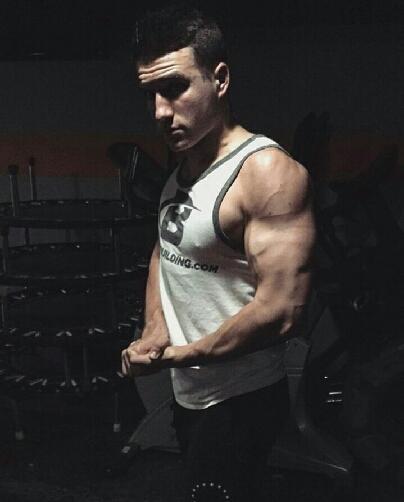 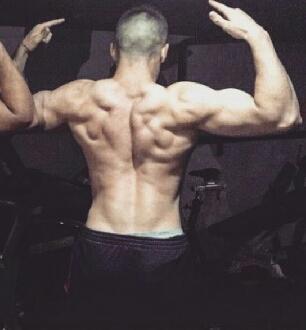 bro you look better than half the guys that take steroids at my local gym.

Be careful, and good luck at basic man!

I’m a little late responding to this, but I wanted to provide you honest feedback. I’m 42 now. 6’1, 230 lbs, 8% BF. Former Army ABINF. I have been lifting since I was 20. At 20 I was about 160 lbs - very thin. I kept lifting constantly and finally tried a cycle at 23. Not having a clue what I was doing, I did a cycle of Dbol and Deca. The gains were awesome and I ballooned up to 195. Then I came off (basic training) and I shrunk down to 185. My dick didn’t work, I was depressed every time I looked in the mirror. Got out of the Army and stayed off steroids for 6 years or so. Did a short cycle in my early 30’s and dumped it. Eventually I worked my way to a very lean (and clean) 209 lbs. I felt great, looked great, was strong and injury free. For some reason I got the idea to start again. Test, EQ, Dbol, Anavar, HGH, Deca…and that’s been the story ever since. Now I have aged dramatically, my hair loss is ridiculous, my dick is on and off. Internally, my numbers are fine and well within reason. So why am I telling you all this? Had I started eating right, and training right at 18, I would be bigger and stronger than I am now. I was impatient. What I haven’t seen anyone post yet, is the fact that your body is already producing insane amounts of test naturally at your age. If you start now, you could seriously F up your endocrine system by the time you are 25…and all that great natural test you are producing is going to go to waste. Something else people don’t say - they are mentally addictive. You say “just one cycle to get to XXXlbs”…then another and it continues. I saw your posted pictures below and you are doing just fine. Don’t even think about steroids until you hit 35. Not to mention, you’ll appreciate the gains more at that age.