All that being said, I’ve had a lot of free time on my hands lately and thus have watched quite a bit of the Olympic games, and I really am just sitting in awe at how many records are being toasted. And it’s not just Michael Phelps. It seems to be all over the place. If it’s just a couple of records here and there, I wouldn’t ask, but seeing as the situation is at it stands:

Is there a new designer steroid out there right now (or several) that many people are completely unaware of? I thought pretty much every possible anabolic/androgenic compound had been discovered or tried out at this point . . . Did someone find another “lost formula” sitting in an old, dusty chemistry book from the 1960’s again, a la Patrick Arnold and THG?

Despite the fact that I don’t use, I still follow the chemical game somewhat (I can’t help it, having obtained my undergraduate degree in a science background; I find it fascinating,) and I’m just curious as all get out.

I am by no means saying that steroids and peptides are not in the olympics, but besides that we have made further advances in training, nutrition, and supplementation.

I also think that people are supposedly bigger and stronger than in years past, due to hormones in food and blah blah…lol

Just a thought, although I’d have to agree with Brook on some undetectable peptides, as well as athletes “gearing” up for the olympics with stuff that will clear by testing time.

I don’t think they can detect HGH or Insulin

That being said, experience and perfecting old ways plays a big part too.

outside of phelps what records are you talking about being shattered?

hate to hijack but are there any normally banned chemicals that are allowed if a person endures physical trauma? Such as a person with cancer 3 years ago using steroids to overcome cancer, then just training for the next 2 years?

[quote]Airtruth wrote:
outside of phelps what records are you talking about being shattered?[/quote]

I’m also including some of the track and field records that were set at the qualifiers and are undoubtedly going to come down once the actual games start. Gay ran a wind-aided (and thus, not counted) 9.68 in the 100, but Jamaican Usain Bolt even ran an official 9.72. That’s just insane. It wasn’t that long ago that the thought of running a sub 10-second 100 was absolutely absurd.

On a cool side note, I went to high school with Tyson Gay. He was a few years younger than me, but we were there at the same time.

yeah, id have to go with the HGH.

[quote]RollingStone wrote:
Not much advances in training and diet in the last 4 years imo…

I don’t think they can detect HGH or Insulin

That being said, experience and perfecting old ways plays a big part too.[/quote]

I highly doubt Michael Phelps is on insulin though.

Phelps and other swimmers are breaking records for several reasons: the pool in Beijing is very, very fast (meaning it knocks down wakes very well), new suits, and new training methods. Phelps is also a genetic freak for swimming.

But steroids are not out of the question.

Thanks guys. I know that new suits and pool conditions are making a difference in a lot of cases (I’m still curious to see what happens in Track & Field though, as far as records go.)

I’m not even necessarily saying I believe any of these people are using. The whole situation just got me to thinking about the designer and underground steroid market in general, and I was wondering what (if any) some of the new developments on that front are.

I honestly had not even heard of peptides (well, I know what they are; I just hadn’t heard of them in the sense of being used as PEDs), so I’m going to do some reading up on that.

FYI hGH is detectable now for up to 6 weeks. Cyclist are going to be hurting.

I am subscribed to the supertraining at yahoo groups. Someone posted an article discussing this. I have deleted the email, so I can’t dig it up, but it stated that hGH can be detected with or without aas supplementation for 6 weeks.

I would say that group is a pretty legit source, although it is possible the information I received isn’t accurate.

I really don’t know anything about that. I just heard it and thought to myself “cyclists are screwed.” I didn’t look to far into it because I don’t see hGH as something I need to undertake.

Olympians have been using steroids that can’t be detected since the soviets started doing it, way back in the day.

the newest thing though is gene doping. genes can now be changed over time to more desirable results. we are already using this in north America to cure genetic forms of blindness. also human tests are already being done on a gene therapy cure for cancer.

I’m not saying everyone is doing it. but i don’t doubt for a second the Chinese are. you just have to watch a Chinese female Olympic lifter shatter the world records like she’s throwing a scarf over her shoulder.

Is 'Gene Doping' the Next Olympic Threat?

Is 'gene doping' the next Olympic threat?

this article in 2000 predicted gene doping would be available by summer 2008!

Here is another article in scientific American: 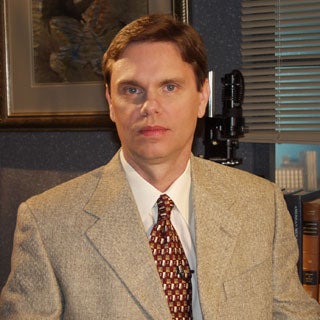 How to Be Popular during the Olympics: Be H. Lee Sweeney, Gene Doping Expert

Physiologist Lee Sweeney has been asked to dope an entire junior college football team, but his day job is studying age-related muscle decline