Steroid Side Effects: A New One to Worry About

Your Brain On Steroids

We know that anabolic-androgenic steroids can cause heart problems, but how to they affect your brain? Here’s the science.

Steroid Side Effects: Is Your Brain At Risk?

The general public usually thinks of steroid users as monosyllabic knuckleheads. They’re handy friends to have around when you need help moving your sofa, but not the guys you want on your team during trivia night.

Well, I know plenty of chemically augmented folks who defy this stereotype, but science has hinted for years that anabolic-androgenic steroid use CAN negatively affect the brain.

One previous study found that heavy steroid users reported more memory problems and issues with “executive functioning” – the mental processes that help you to pay attention, plan and execute tasks, and coordinate info. But that was a study using online surveys, which can be iffy.

Now, researchers have studied this more closely. What they found is alarming.

I would like to understand the dose response on this, including typical TRT doses. I also have a feeling 19 Nors have a stronger impact to executive function than other AAS.

Would be good to know what steroids they took. And a group that was on testosterone only for comparison.

FYI, my guess would be that TRT patients would not see these negative effects. And by that I mean actual TRT patients (diagnosed as hypogonadal and working with a doctor), not guys who self-diagnose and use 200+mgs weekly and say that’s “TRT” because they don’t want to admit they use gear.

As for what steroids these guys were using, probably a variety (85 users in study), but here’s some additional info from the study:

FYI, my guess would be that TRT patients would not see these negative effects.

Definitely these ones do:

Not sure I have ever heard anyone complain of that, but there are always outliers,. Usually, if anything, it’s the other way around. Good point. You have the clinical experience. My limited observations from forum chat is it is usually these “outliers” that feel dumber on TRT+: [image]

You definitely don’t want some jacked up wannabe engineer designing that chemical plant or next-gen airplane. All the most capable, highest functioning scientists/engineers have TT levels in the lowest quartile (hypothesis).

Low T can also cause cognitive decline. [Insert 147 studies, graphs, and charts that no one will read here]

Insert 147 studies, graphs, and charts that no one will read here

Can I steal this? Well done.

Wait, hold on - I got one for this 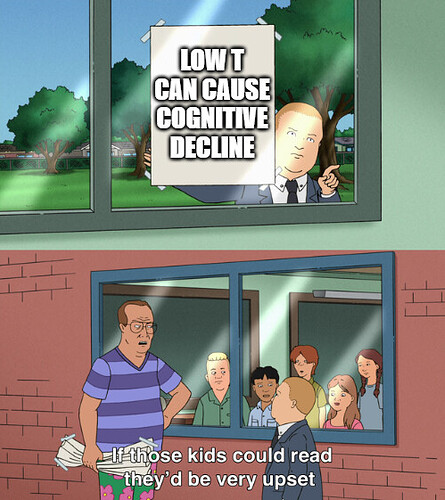 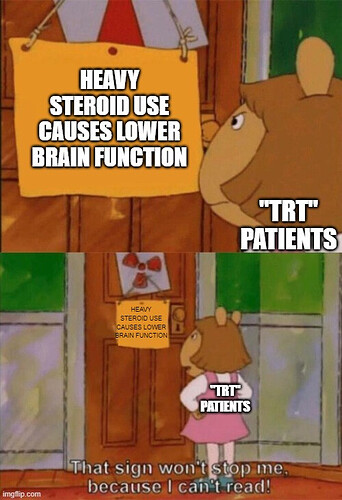 When are you planning the “ramp up” aka “minor protocol tweak”?

A few of these individuals were blasting with a capital B. The standard deviation on amount used was 735 mg/wk haha.

The average cumulative use of 11.5 years at 1,114 mg/wk is pretty baffling. I am guessing the individuals who raised the average in this study aren’t going to live long lives.

We will see how it goes haha. I got this idea that we can increase production by moving our sours next to our bleaches. Sound like a good idea lol?

When are you planning the “ramp up”

I’ve got an upcoming appointment with Dr. (PA) Mike and I’ll see if he will entertain the thought of a higher dose, but I doubt he’ll be willing to offer more than the 182mg/wk (26mg/day) protocol already prescribed.

If this^ holds true, then I doubt I’ll be changing anything. I dropped the L-Car for now as I don’t think I’m consistently hitting IM with 1/2" needles and I’m really not interested in getting longer pointy things. Just taking Test C and D3 at the moment, I don’t think there’s anything else I’d change at the moment as I’m feeling good where I’m at.

You definitely don’t want some jacked up wannabe engineer designing that chemical plant or next-gen airplane.

What’re you trying to say? >=[ /s/
(I work at Lockheed Martin Skunkworks)

I got this idea that we can increase production by moving our sours next to our bleaches. Sound like a good idea lol?

That was a running joke in our class many years ago to ask certain individuals where they would be working. Then steer clear of that state.

I built a new arrowplane, wut do ya think??? 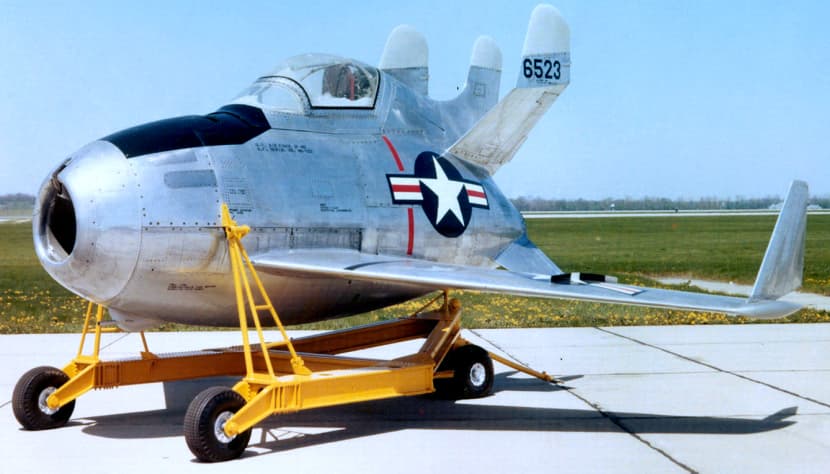 Good. I delegate everything now anyways. Time to enjoy my sunset years as a smoothbrain

Let me whine a little bit. When data that is strongly non-normal, the median is much more instructive than the mean. Just guessing but I would guess the Skewness is greater than +1

This study is quite interesting to me. I do suffer from memory loss. It seems to have been part of me as long as I can remember, but it might be worse from my AAS usage.

What I have trouble remembering are things that I cannot relate to anything. When I explain it to others I say, “There is no place in my brain to hang this thought. It is arbitrary with nothing to connect it, so when I try to retrieve the memory I cannot find it.” I have an extremely difficult time remembering names, even of some whom I know fairly well, especially if I haven’t seen them in a long time.

I have no problem remembering mathematics, it is all tied together in a nice neat package. Statistics too. I can easily find a Bible reference for any theological concern, because the Bible is all tied together, though most people don’t know that. None of those memories are arbitrary.

Might my type of memory loss be classified as “executive functioning.”

Skew and kurtosis only mentioned once prior on this forum. This is second time. Good points.

I agree. I think that eliminating the low use individuals would have made for a better study. It is like having people who have 1 drink a week in a study looking at effects of alcoholism.

Might my type of memory loss be classified as “executive functioning.”

If you forget names right away, or never learn them to begin with, that might be executive function. I think it has more to do with short term or working memory. They test this with digit span sometimes. They might verbally give you the numbers: 2, 4, 7, 3, 1, and 9, then ask you to repeat them in the order they gave you them in, reverse order or in ascending order.