Whats up everybody? As the title says I am starting from scratch. My goal is overall base strength. Nothing specific until my big three lifts get into appropriate weight for my sex and age lol.

Primarily creating the log to have something to hold my self accountable to. I don’t have any close friends or family right now so I am hoping this help fill that void.

My biggest hurdle I need to get over is diet. Due to my work (warehouse selector) I am finding it hard to get enough calories for the mass I want to add. I am currently stocked up on salmon, beef, and chicken. Going into this with force feeding with as little pain as possible. haha. I hate vegetables but I know I need to start consuming them. I am thinking of just choosing broccoli and eating that till I cant stand it anymore. I am by no means a chef.

All input is welcomed. Id rather nothing negative but something is something. Thanks in advance everyone! 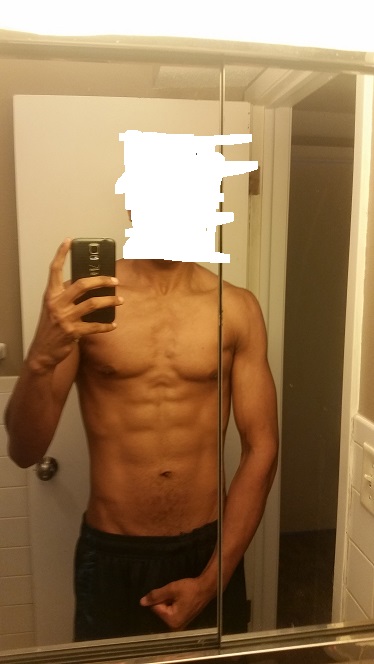 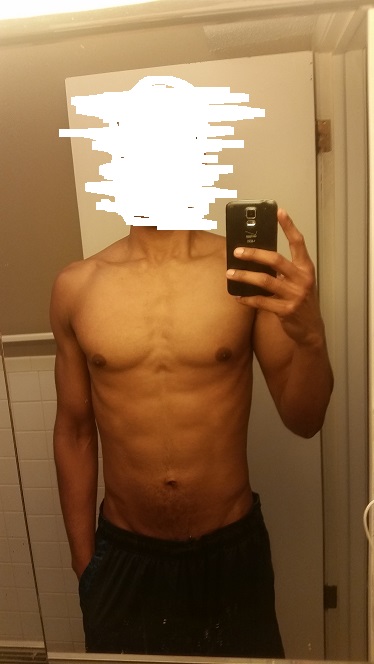 Good luck! As a skinny bloke myself, it’s tough to shovel food in but just stay full and keep trying to add a bit more every week/month until you start seeing progress!

What program are you running?

Start pounding back peanut butter before bed and wake up in the middle of the night for a whole milk protein shake. Those two things helped me a lot after I threw my metabolism out of whack after going anorexic.

Thannks! Im doing starting strength right now. Getting back into the gym tonight. Squat-Bench-Overhead Press. I alternate between seated curls and tricep pushdowns to work the arms a bit. I also do cable crunches to finish every workout.

@oldbeancam I have been eating peanut butter. On my breaks at work I eat right out of the jar. 4-5 spoonfuls. I cant do milk. My body just doesnt handle it well anymore.

Another vote for peanut butter. Also oats, if they agree with you. Oats, honey banana and peanut butter with a little cinnamon is pretty damn tasty and packs in some calories.

With the meat/fish, something I’ve learned helps a lot in how enjoyable it is: sprinkle with rock or sea salt before cooking, both sides. Let it sit until it reaches room temperature if possible, it’ll cook better. Heat your skillet or grill first, keep the heat high. Add oil to your skillet FIRST before heating, using more for fish. Once the surface is hot (skillet will take two to five minutes depending on how thick the metal is, grill takes longer, maybe 10-15 minutes) and put a try under the grill rack. Place the meat in the pan/under the grill. Don’t lower the heat. Only turn it once. Salmon I’d go skin down first to get it nice and crispy. For salmon and chicken five to 10 minutes per side is usually enough. For beef, depends how rare/cooked you like it.

Salmon I’d go skin down first to get it nice and crispy.

I used to do skin down 1st but I now do skin side last and it makes it more crispy!

I’ll try that next time.

I am avoiding actually counting my calories everyday. It sounds daunting and I dont want to lose my steam. I have been eating non stop today. Ill try to keep that up and just watch the mirror. If it comes down to it Ill start counting them because I want to succeed.

Tried using wide grip cable row with light weight to warm up before benching. Felt more secure under the bar and seemed a little easier to keep my elbows closer to the body. Ill continue that as warm up.

Eating has been going well. Constantly eating. I hope that my body starts wanting the extra food so I can actually enjoy that aspect of this.

Good session overall. Shoulders felt a lot better than the last time I OHP. Dropped the ball over the weekend. Didn’t drink any alcohol but ended up not eating as much as I had been. Trying to make up for the calories now.

Very good workout. I had a lot of energy. I wanted to bench more but thats not part of the program. Trigger protein synthesis then eat and sleep. I also bought some inexpensive lactase tablets so I am going to give milk a try for the extra cals. Excited to train again.

Another successful workout. My deadlift reps went up much easier than anticipated. Eat and sleep for 2 days then get back in there. Going to BBQ on Saturday so I am going to take full advantage of all the protein and calories.

Lots of energy this workout. Appetite is gearing up. Picking up steam! Ready for the next one.

Lots of energy this workout. Noticing more energy in all aspects in life.
I am going try to accurately track my macros. Gave it some effort today and it wasn’t too unpleasant haha. I hit 220g protein with 2 shakes. 1 in the morning with breakfast and then post workout with potatoes or oatmeal.

Ended up taking a day off because shoulder wasnt feeling 100%. Starting too see some changes in the mirror so Im ready for shitload more of that haha.

Good workout overall. Energy wasnt 100% there since work was a bit rough today. The 5th rep of my 5th set of squat I got stuck at parallel for a good 2-3 seconds. Toes came up off the ground when I finally got the weight up. I plan to post pictures after every 15th workout.

Energy off the charts this workout. Threw in the Incline DB Press for this reason. Felt like I could have done double the amount of lifts.

OHP was pretty difficult. Hoping I dont stall out before 100lbs…

Swap out those curls for some tricep love? I assume the OHP is tough around halfway up the movement…