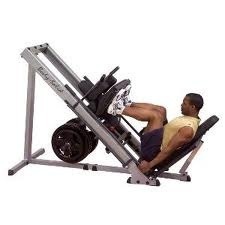 Hello. I’m 16 and around 4 years ago I managed to somehow critically fracture my L-5 vertebrae to the point where it will never naturally heal. I didn’t know about this until about 9 months ago when the pain got so bad I couldn’t play through baseball games anymore. So I went to the dr and and got a ct scan to find out not only has my L-5 been fractured for over 4 years but I also got 2 new fractures, one on the other side of the L-5 and one on the left side of my L-4.

The doc prescribed me with a plaster back brace which I had to wear for 6 months until it healed enough to just wear a soft brace and take it easy. Finally last Friday I went back and found that one of my fractures fully healed and the other one was healed enough to play baseball and workout. But also found that the critcally fractured one showed no progress. The dr gave me the go ahead to start working out but he said until the next appt 3 months down the road, no squats.

So obviously the bar is a definite no but I was wondering if using a squatting machine where u just sit and push would be ok? I’m a catcher in baseball so strong legs and thighs are the most important muscles for me to work. I’d ask the dr but they take too long to get back to a fellow so I’ll try this forum first. Any feedback is greatly appreciated. Thanks

Did you mention to the doctor that your are a catcher? As a catcher you are squatting. Does he just not want you to squat under load?

I have been on a recovery path myself for a back injury and front squats have helped immensely. I tried leg pressing as a substitute after the injury to ease my way back into squatting, and it just made things worse.

Really though man, I would work with your doctor and a physical therapist. A fractured vertebrae isn’t something I would take lightly. See what they think about your condition specifically and progress accordingly.

I was recently diagnosed with a cracked L-5 and a slipped disc. I’ve always had low back tightness, especially after a heavy squat or deadlift workout. Apparantly, the crack has been there for a while, but the slipped disc is what brought on the sudden pain.

Anyway, the orthopedic specialist and my physical therapist both said NO squatting, deadlifts, or cleans at least until my next visit. I was cleared to use the leg press though, my PT said it will help the process, just keep the weights lower and reps higher. I can also do hip bridges and leg curls to work on my glutes and hamstrings while I can’t deadlift.

That’s curious that you were cleared for leg press. Few people have the hip mobility to perform a leg press without lumbar flexion/post. pelvic tilt.

“For back patients who have compromised hip flexion, lowering the weight [in a leg press] sometimes causes the pelvis to rotate away from the back rest. This also can occur if the weight is lowered too far. This creates a nonfunctional motor pattern. Further, this produces herniating conditions for the disc! One legged-standing squats are far superior in every measurable aspect!”

[quote]joeygrippo wrote:
I was cleared to use the leg press though, my PT said it will help the process, just keep the weights lower and reps higher…[/quote]

[quote]CroatianRage wrote:
That’s curious that you were cleared for leg press. Few people have the hip mobility to perform a leg press without lumbar flexion/post. pelvic tilt.[/quote]

[quote]CroatianRage wrote:
“For back patients who have compromised hip flexion, lowering the weight [in a leg press] sometimes causes the pelvis to rotate away from the back rest. This also can occur if the weight is lowered too far. This creates a nonfunctional motor pattern. Further, this produces herniating conditions for the disc! One legged-standing squats are far superior in every measurable aspect!”

McGill makes a good point regarding the pelvis. And the idiotic old-school method of bringing the knees all the way to the chest on the leg press is sure-fire way to induce herniation.

However, if the trainee maintains proper positioning, the risk of herniation can be significantly reduced (the irritation to the knees is another topic). This, of course, will also depend on how well the trainee fits into the particular leg press he happens to be using. You can also adjust the angle of the back rest on certain models (such as the one in pic the OP provided) to further reduce the risk.

Maybe joeygrippo’s PT isn’t aware of any of this and just randomly prescribed the leg press. He could be one of those fools that thinks, ‘it’s a machine so how much harm can come of it…’

Then again, there are those who think that just because it’s a machine, it has no place in a S&C program.

Opposite ends of the spectrum, both blind to that possibility that some answers are often found in the gray area.

Maybe joeygrippo’s PT is very much aware of all this and advised him as such, including proper technique (as laughable as it may sound there is a right way to perform the leg press).

With regards to McGills comments about the one-legged squat, if the OP lacks the ability to perform the movement properly, he can easily irritate his knees. I’d wager the OP lacks the proprioception, kinesthetic awareness, and the requisite strength in the less glamorous muscles to jump straight into the one-legged squat. He can, of course, regress the movement in a number of ways.

The leg press - IF programmed intelligently - can have a secondary or tertiary role in developing strength and hypertrophy. It comes down to the fundamental principles of knowing the trainee’s specific needs and designing an optimal solution.