I’m getting tired of squatting on a 2x4, but my back and hips feel so much better with raised heels, so I want to buy a pair of heeled shoes. I tried a couple of shoe stores today that advertised lifting shoes online but none of them actually had them in the stores. So, before I just go order a pair online, does anyone have any recommendations? I don’t need $200 shoes. Just sturdy, preferably 1” heels, and if I should order a half size above or below what I would normally get.

@loganator you mentioned you use heeled shoes, didn’t know if you could help here.

I use Adidas weight lifting shoe. They are expensive, but look almost exactly how they did when I bought them two years ago.

Those shoe brand Omar Isuf is part owner of seem pretty nice. I think they are called Position. Definitely high end. I have seen ones that are over 10 years old, and they look good. Hand made in the USA I believe.

With lifting gear, I buy the best I can get. Everything I’ve bought that was low end has been replaced. Just something to think about.

Mine are Adidas as well but were very cheap, the ugly color I got was also cheaper on Amazon so they came out to about $50.

I’ll check my order history later to see if I can find out what model they are but I got them nearly 2 years ago so not sure if the history goes back that far. Glad I found them compared to dropping $200+ and they still work well for me.

Weightlifting must be more prestigious than PLing, as the WL shoe costs 3X what the PL shoe costs.

You’re right, I got the powerlift 3.

On a side note, it does take a little time to refind your balance when you first start using a lifting shoe so be prepared for that

Op mentioned using a 2"x4" (which is actually closer to 1.5" if I remember correctly). He should be good with a weightlifting shoe.

I was actually very much thrown off when starting with WL shoes. Only used them for bench and OHP. Now I would drive home to get them if I forgot them.

Those shoe brand Omar Isuf is part owner of seem pretty nice. I think they are called Position

Was gonna mention these. Never tried them but they do look nice 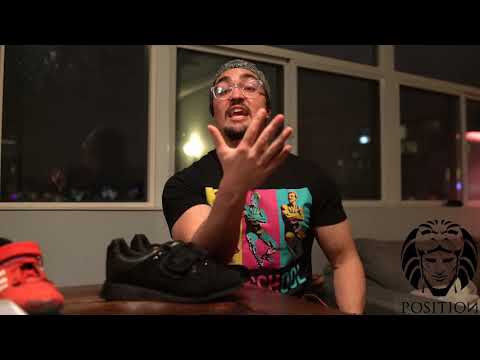 When I need a new pair, I will be getting these.

I like the look, the fact they are hand made to order in the USA, they use a wood sole (many say they prefer the feel of a wood sole), and the money you spend goes to a small business.

I think they are just under $200 for most of their shoes.

Adidas Powerlift has a foam heel, it isn’t soft but it has some compression to it so it probably isn’t the best choice. More like the economy version of a WL shoe.

I have these in blue. Bought them on Omar’s recommendation, but presumably before he was a part owner

I primarily bought them as I needed a higher heel to keep a more upright torso following a herniated disc… They are pretty awesome, but do you really need them with that price tag? That really depends on the elasticity of your wallet. I used to squat in adidas powerlift and they were also pretty good, just the heel was not high enough.

Plenty of good cheaper options. SABO is sold through a couple of different retailers and their heeled shoe is solid. Vado uses em so some of the heaviest raw squats ever are done in em.

Tbh 200 isn’t too much to pay for something that’s gonna last you decades and maybe longer if you take care of them properly. Along with my pioneer belt my Romaleos are the gear I’m most confident of lasting

I had some Adidas budget ones that were a little squishy base and they did a plenty good job. I upgraded to a pair of Romaleos 2 and the heel has no give at all. Wasn’t a massive upgrade tbh not worth the extra money but if I could go again I’d just buy the more expensive ones if I was gonna end up there anyways because Im a gearwhore.

I just bought some nike romalos (spelling?) off amazon for $115!

I have Pendlay Dowins from 2013 and Adidas Powerlift 2.0s. Much bigger fan of the Dowins. They feel much more stable.

but do you really need them with that price tag?

On a different note, any love for wrestling shoes here? Was thinking of getting the Asics JB elite

I bought ASICS wrestling shoes 5 or 6 years ago. They were the less expensive ones, matflex maybe. I love them. They’ve held up really well. I wear them for all lifts, jumps, air dyne, erg, sled, even run stairs and some distance running (a mile or two) around a soccer field.
I love how stable my foot is and how the sole grips the floor on the lifts.
I was thinking of getting another pair. I don’t really need to because these are still going strong, but the sole is not as grippy anymore.

I have also owned Do-wins and they were great. I only replaced them because I was walking to the gym with them on and eventually ate away the grippy part of the sole.

Alternatively, squat wedges/blocks start pretty cheap. That would be a step up from a 2x4 but not quite a shoe.

I’ve used DoWin 2’s, Adidas powerlifts and and the new Adidas Power Perfect 3, power perfects are the best shoe for me hands down. As wide as the DoWins, more stable and not ugly as sin. Got mine on sale so cheap as well, think I paid less than £50.