Hey guys. my squat has recently stalled out. i am a relative beginner and to be honest, up until now, my squat training has mostly consisted of working up to a max single for each day and adding atleast 5 pounds each time through linear progression.

I’m now stuck at 345X1 and am wondering what you guys feel is the best rep range for getting past this. I know, i know i can hear it already - “just get stronger”, “eat, eat eat”. well i can assure you i am eating enough and i wish ‘just getting stronger’ was that easy.

I was thinking of moving to doing triples for a session followed by doubles on my next session and singles on my third session and then repeat the cycle with a goal of hitting new poundages in each rep range each week. do you think this would work or should i just get on a trusted program?

either way, any respectable input is more than welcome.

oh by the way, i am curious as to what i should do once i have worked up to a max weight for that day’s rep range. should i a) stop (move on to accesory work), b) back off like 10 percent and rep out. c) stick to that weight and try to get a few more singles/doubles/triples, whatever the day calls for.

Those are all options. There is no one answer. Except eat. I take it back, that’s the one answer.

A “relative beginner” can make progress for quite a while by just working hard at basic movements like a squat, but any particular set/rep scheme will eventually run out of gas. In particular, constant max 1’s is pretty mentally challenging and hard on the Central Nervous system. Change it up significantly for a while (2’s or even 3’s are not that different from singles). Try a month of 3-5 sets of 5-6, or a month of front squats.

Hammer at your accessories.
Eat.

Then eat some more.

I dont think they said eat enough so make sure you eat enough.

Singles every time you squat can beat you up. You need to take a week to deload. Go light and recover and then come back after a week and start training heavy again, maybe with a higher number of reps to get more volume and practice. Try 3-5 reps for max effort work for a while. As always choose good accessories, eat more, and sleep.

My hammer has a laser cannon and a dbol dispenser. Whats yours got?

alright thanks guys, i’ll start eating rather than just eating. should fix things.

Max out every squat workout on any exercise that isnt a squat.

Not to be a dick but when you say “trust me I’m eating enough” it’s a big red flag for most people that you may be but probably aren’t. Throw out your diet and prove that statement if you are going to make it.

Not to be a dick but when you say “trust me I’m eating enough” it’s a big red flag for most people that you may be but probably aren’t. Throw out your diet and prove that statement if you are going to make it. [/quote]

No one eats enough. If you ate enough, you wouldnt have time to lift because it would cut into your feeding schedule too much.

I love triples. Usually just shy of max triples (could get 4-5 on last set if you went AMRAP) and a down set for good measure if you’re up for it. Should probably take off a lot more than 10% though and shoot for 10+ reps. There are many ways to do things of course. Eating extra on squat days helps, too.

You could also choose a different squat like exercise every 1-3 weeks and keep maxing out all the time like that.

I stalled out at the same weight doing the exact same thing. Take a break from the heavy singles. Use other types of squatting for a few weeks and come back to it. Hit goodmornings hard and try CT’s ramping method, it helped me recover easy from those ME sessions.

You’re a beginner, and you’re doing SINGLES for linear progression? That’s a hell of a lot for the body to take. 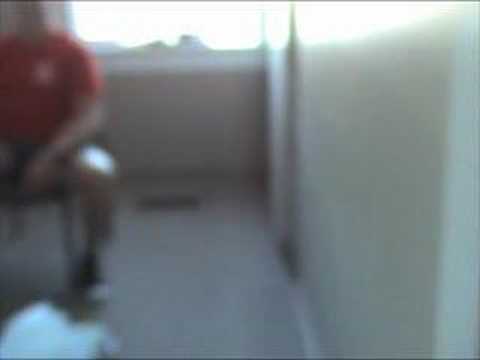 But SRSLY try a 5x5 for a while, try to hit PR’s every week. hammer your glutes and hams too if you can.