I’ve been doing a lot of athletics recently and i’ve really got interested in it and smashing my times by the time the next track season starts so i thought that making a log of my training would help keep me dedicated and stick to a training program rather than doing anything at the gym each time i go as i have been doing for the past year.

My current PB for 100 is 12.2 in training recorded back in june this year and i want to see if i can get it into the mid/low 11s by next season. I am also training for 60 and 200m but mainly concentrating on 100. Any tips would be greatly appreciated.

I’ll post my first workout for today once i come back from the gym. Hopefully along with some max lifts. Im new to this so excuse my bad terminology for the time being

-Romanian Deadlift
3 sets x 5 reps - 70kg
Is it normal for my back to feel tensed after and when i walk i felt like i was walking really upright?

-Leg Curl
40kg 3x10
Taking it easy as ive just recovered from a torn hamstring over the past 3 months.

Is this ok for my leg day, how could i improve it to specifically train for sprinting?

Nice of you to join me.

Deadlifts,romaninan dealdifts, and squats look good, but I’d ditch stuff like leg press,leg curls,calf raises etc. As far as I’m concerned they don’t have any carry over at all.

Well done on the PB on deadlifts.

you inspired me, and thanks i was doing them as general conditioning for my legs as im going to need some endurance for 200s and 400s next year bt i guess i should ditch them to concentrate on 100s and 60s more specifically and thanks again

Eric Cressey has quite a few articles on this site about deadlifting with the right technique.

Also in terms of training check out Joe Defranco, Westside for skinny bastards.

Could you link me to one of the articles on deadlift technique? 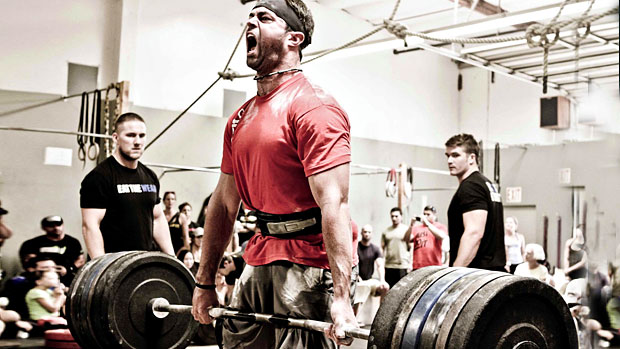 The complete guide to dominating the deadlift, from shoe selection to advanced training techniques.

-Cooled down by playing a game of some sort.

You wanna get in the gym, do what you need to- get stronger, and then get out of it.

13 of the sets were done on some type of pec-deck, this is a useless exercise. Concentrate on the “money” exercises, like heavy benches,chin-ups, rows, these will you get you strong no need for anything like pec-decks.

I also think you should follow a plan, so you know what you’re going there to do, and can follow progress etc.

yeh lol i had loads of spare time so i just did every machine, how long do you spend at the gym at any one time?

The training schedule is looking good.

And I’m usually finished after about 1 hour 10 minutes.

How old are you anyway?

Are you getting in some good runs, ready to win on the 22nd November?

haha nah im actually off form atm because ive just recovered from a torn hamstring after 3 months of physio, lol it was a reet laugh :S My 29 sets took 1 hour lol i dont think im working hard enough or resting enough and my pecks are feeling it today

at least it means when they heal they’ll be strionger, right? I’m 15, 16 in january and my best 60m was in june/july and it was 7.5 in training hand timed, hopefully ill get something near that on the day but i doubt it, good luck, not that you need it

you’ll be beasting a 7.0 probably

And then kept coming back to early and doing it again.

I’m looking at the next one, the 13th december.

I’m in that one too :D, doing 60m and 300m i think. And yeh, exactly the same thing happened to me on my right, should’ve been 4 weeks out but i just kept running on it so it got worse. On the upside all the exercises have really increased my hamstring flexibility so in the long run when my speed goes back up a bit i should have a slightly bigger stride

Leg is fine now so it was just muscle ache.

Still feeling it in my hamstring after sprinting a bit, im going to have to keep stretching and stregthening it until the tear is healed and scar tissue has gone.

Went to the gym after this even though i was rather tired. I just did a mix of upper body and lower body, i’ll start on the WS4SB program next week because i want to take it easy this week so, hopefully im on full form for my competition on saturday.

Hopefully ill have recovered by saturday