Hello, guys, I am not sure whether this is the right forum for my enquiry but the issue in the title happened already for second time in my life (in the last 10 days, have never experienced it before) while being on Test E cycle, so I thought it might be in some connection with it. I googled the topic of course and everywhere is written: it may be cause of this, it may be cause of that, but no real feedback from people.
So, the thing is I started a Test E only (for now at least) cycle, about 3 weeks ago. Dosage is: 750 mg frontload, and then 500 mg/weekly, on body stats: 33 y.o. male, 6 ft 1, 190 lbs, 9.5 % BF.
I‘ve stopped masturbation long time ago for the test boosting benefits and never have had any occurrences from that kind. In the past few months I ejeaculate very rarely, 1 time in a month or even less.
The thing is that around X-mas and NYE I used some speed and shortly thereafter, after urination, came out a small amount of cum, without any arousal (not fluid, but downright cum). Today, again after some lines, I felt like I need to pee, instead of pee, a few drops of semen felt down.
As you can imagine, now I‘m making myself worries about the prostate etc.
General health sources mention it could be from various drugs, among which steroids.
Do you think it has something to do with that, maybe in combination with the long time of abstinence from ejaculation? Should I worry about it and maybe have my prostate checked? Or maybe I should simply choke the chicken 1-2 times to calm down and ditch the other crap completely, which of course would be a very senseful thing to do. I am also uncertain howewever whether I should really abstain from ejaculation for such long periods, I mean, I am definitely convinced that this retains one‘s power, agression and male energy, but on the other hand, releasing the pressure every now and then (like one time monthly or less) might even restart the whole system and might have overall positive effect.
What are your opinions on the above? Thanks

There’s many instances in which seminal fluid could leak out, prostatitis, certain meds (esp anti depressants), retrograde ejaculation (which can be caused by another group of issues such as autonomic nervous system dysfunction, norepheniphrine reuptake inhibitors like revoxetine, jerking off but not letting the semen out by putting you’re thumb over the tip of ur penis)

If you’re snorting speed, please don’t use anabolic steroids, both have the potential to cause cardiomyopathy, dangerous arrythmias and overall damage to the cardiovascular system (although I’d argue speed is a hell of a lot more dangerous given it can cause death from acute toxicity). Snorting speed is pretty high up there on the level of heaviness when it comes to drug use, are we talking amphetamines or methamphetamine, or some other stimulant like cocaine (you said lines, I mean I’ve known kids to snort vyvanse and the likes).

Disclaimer: I don’t use drugs aside from the fact that I’ve used marijuana a few times, I just know/knew a lot of kids who do/did because it seems impossible to be a teenager these days and not be exposed to drug use. No judgement to those that decide to use drugs (so long as they know the risks and what they’re potentially getting themselves into, that’s you’re life choice)

If you’re snorting speed, please don’t use anabolic steroids, both have the potential to cause cardiomyopathy, dangerous arrythmias and overall damage to the cardiovascular system

I second this. I knew a guy who was on gear and coke. Heart attack at 35 or so.

Leaky pipes are the first sign of early death. At this point it’s probably too late. I’d recommend uping the test dose adding some tren and a handful of other compounds so you look amazing in a few weeks when you die from railing lines of speed

I reckon its because you haven’t been getting the man cow milked regularly. Don’t worry about it.

COMMUNITY SERVICE ANNOUNCEMENT…I wouldn’t bother with the no fap. Another 10-15 years and you will wish you had jerked off or fucked every single day, because eventually you will start to lose a bit of desire for sex. Nothing compares to the sex drive that you have from being a teenager until around 50. You young guys need to aware of this, and no amount of exogenous testosterone(or other drugs) will give you the same sex drive that you had in your glory years.

I thought the same, to be honest, but on the other hand, after extensive googling of possible causes and symptoms, I think I might have enlarged prostate. I have sometimes difficulties with urination and I think if thats true, it might be a contributing factor. I might be freaking out, but I‘m about to do a prostate diagnostic test as soon as I get clean from that nasty shit.

Apart from that, while being clean (no juice, no drugs, healthy nutrition and workout regimen), I‘ve definitely noticed positive effects from NoFap and NoPorn, in terms of libido, energy, motivation, confidence, interaction with females etc.

If you are worried about your prostate(at the young age of 33) I would recommend discussing this with your doctor(not a rectal prostate examination if you can help it), but a blood test for Prostate specific antigen, PSA( is that the diagnostic test you mentioned?) . That would indicate if you have a problem with the prostate. Unlikely at your age though.

Have to disagree with you there bro.

I started consuming pornography regularly around the age of 12, started with playboy magazines, I didn’t view internet pornography until I was about 14. However the first time I was EXPOSED to pornography I was probably around eight… Which is a shame as I shouldn’t have been exposed to pornography at such a young age.

Thirdly, I’m aware pornography sets unrealistic expectations for men (we can def go into this), however one must realise pornography is FANTASY, I can tell you from the limited (although legitimate) experience I’ve had with actual sexual intercourse (haven’t been sexually active since I was about fifteen though), actual sex is far more intimate than pornography portrays the act to be, foreplay is a necessity that is often overlooked, and many of the women tend to have unrealistic bodies (esp with the fully shaven vaginasz and to be honest fully shaven turns me off a bit, as pubic hair is a secondary sexual characteristic that shows one is of appropriate age for mating, I wouldn’t want to have sex with a prepubertal person, therefore why would I want someone completely clean shaven? We can spin this the other way round though, men are frequently judged as potential contenders for sexual intercourse (at least in my demographic) based on their HEIGHT (ya got me there haha), body type and athletic prowess, this sets unrealistic expectations for males that we try to achieve through various means, I actually believe this is why so many teenage men start going to gym. I’ve asked the kids my age who work out why they do it, the answer I typically get is “for the girls”, personally I think this is a stupid motivation, if you can’t attract a female partner without muscles because you have no game you’ll have just as much trouble with muscles, the muscles just make it easier to seal the deal in the end stages. People, even teenagers aren’t stupid enough to think that what happens in pornography is how things must happen in real life, finally the treatment of women as objects, watch amatuer, homemade pornography or feminist pornography, it largely mitigates the issue. I definately get what you mean though, I’ve seen pornography (although never been turned on by or jerked off to) pornography where the act is aggressive, the thing that I dislike the most is when I see someone gagging or visible uncomfortable. However once again, each to their own if someone else likes that then alright I guess, just don’t recriprocate such acts in the bedroom without consent from you’re partner.

Also how was the T-bol? I saw you’re pics, you have nice vascularity, esp in the arms. What would you say you’re BF % is?

Also there isn’t much research on the field of pornography addiction, theres even a few articles stating the dopamine stuff is hogwash, however I believe something in between to be the reality, as there is def some people who get hooked on pornography.

This isn’t exactly literature, but is an interesting article nonetheless 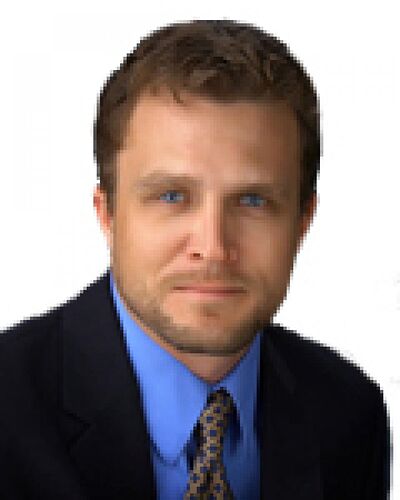 I think we put too much emphasis on literature, scientific evidence and research. Some things we just know. I do not need a scientist (even though I am one) or behavioral expert to tell me jacking off to pornography is addictive, I just know it is.

Your nofap attempt did not work because I believe you did not understand the principles of it. In the East we know that sexual desire/lust is a physical energy force (no science to back this up, there may be but I have not checked). What happens when we do not expend this energy? Of course it builds up. What nofap lacks is the knowledge of how to redirect this energy via various methods to harness it and use it elsewhere. You did not do this so of course it will drive anyone mad. Just my thoughts anyway, no science to back it up but plenty of my own research done on it.

In regards to the Tbol, I like it but I do not think it actually puts on any muscle. It gives a great pump and some strength increase but I think its best as a kick starter to a cycle because it gives the feeling of being “on” straight away.
Also, if you read my thread you’ll see that it does affect my liver quite a bit because my Oestrogen clearance is greatly reduced. And now that I’m off, my appetite seems to have increased a fair bit so next time I might just do low dose Dbol to kick start.

I think my BF is probably around 13%, in my most recent pics I’m carrying an ass load of water, I do not know why because that morning I looked much leaner.

I can only imagine my poor brain. I have to get off twice a day off cycle. On cycle I usually have sex twice a day then jack it another 2 times minimum. Iv read forums of some people being a lot worse on cycle at around 6 times per day.

Thank god all that stopped a few years ago, i would have been blind by now and my right forearm as big as my quad.

Damn you just made me feel so much better! I was up to 6 at my max then it just became like you said wierd. The biggest down fall I have experienced tho from it is now when I have sex with my wife I need a lot more friction to bust. I might try a few weeks of abstinence after cycle to try to reset things

Yeah that was during my test400 cycle. 2ml a week with abit of adex. My most euphoric cycle yet. I once jerked off in slow moving traffic on the highway on that cycle. Good times.