At Christmastime, my sister-in-law asked my mother to pick up some soy milk for her at the store while they were visiting. I asked her if my brother was drinking it and had a conversation with her about some of the studies on soy that I’ve read here. Well, she just sent me an email wondering if it was bad to be giving my nephew a soy-based formula. I can’t recall reading anything that related specifically to infants. Does anyone have any info on this or a link to anything? Thanks in advance.

Here are a few of the finer points that cover what you are asking about from a T-Nation article:

Here is the link to the Whole article:
http://www.t-nation.com/readTopic.do?id=459516

Just punch Soy into the search function and you will get a plethora of results. I say it is worth avoiding until furtherv research is done. IMHO.

?We can joke about that but not about the effect on baby boys fed soy formula. Pediatricians are reporting more and more cases of emasculated boys reaching puberty with breasts and tiny penises. Undescended testicles are also far more common than they were in the past. Remember too that soy estrogens damage far more than the reproductive system. The thyroid is usually hurt first, leading to loss of energy, weight gain, depression, lethargy, and a host of other symptoms.?

?T-Nation: What about soy in infant formulas??

?Dr. Daniel: Infants on soy formula are extremely vulnerable. Remember that soy formula constitutes most, if not all, of their diets. Based on figures from the Swiss Federal Health Service, some of my colleagues have calculated that an infant on soy formula is getting the hormonal equivalent of the estrogen found in three to five birth control pills every day! That?s a lot of estrogen, and this amount is especially dangerous for infants whose very development requires the right hormones in the right place at the right time.
Studies on rats, sheep, monkeys and other animals suggest that the estrogens in soy infant formula can irreversibly harm the baby?s later sexual development. And this is exactly what we’re hearing from both parents and pediatricians.

?Dr. Daniel: Yes, all that Testosterone is needed to program the boy for puberty, the time when his sex organs should develop and he should grow facial and pubic hair and start speaking with a deep voice. However, if receptor sites intended for the hormone Testosterone are occupied by soy estrogens, appropriate development may be delayed or may never take place.
For girls, soy formula has the opposite effect. It’s likely to accelerate puberty and may cause reproductive difficulties later in life. The studies that supposedly prove that infants on soy formula develop normally consider only height, weight and other measurements of growth as measured in infancy and early childhood. Many of the negative effects don?t become obvious until puberty. ?

Thanks, Phill. Thought it might be you who responded. I’ll send her that excerpt and the link to the article. You da man!

Good luck. I tried telling a couple parents about soy based baby formula and one told me that i don’t know anything about raising baby and that FDA wouldn’t do it if it wasn’t safe, bla bla. Another parents looked as if I was big time health nut or whatever. Their excuse was “milk allergy”. I don’t know… are we talking about PASTURIZED milk when they’re talking about milk allergies. I’ve heard that raw goat milk is much more tolerable for the babies because of less casein (much closer to mother’s milk profile).

I hear you Tungsten, but this is my sister-in-law and she asked me because they know I educate myself about this nutrition in general. Plus I’m a buff stud.
Where did you read about the goat’s milk? I’m sure her follow up question will concern what a good alternative would be. Any T-parents out there that have addressed this problem?

No prob. Hope it helps you all out.

I think you hit it on the head also. They have to come to you. You can hint at things but let people you are trying to help feel like they have made the decision. Yopu cant force it on them, has to be their choice. Atleast so they think.

[quote]apayne wrote:
I hear you Tungsten, but this is my sister-in-law and she asked me because they know I educate myself about this nutrition in general. Plus I’m a buff stud.
Where did you read about the goat’s milk? I’m sure her follow up question will concern what a good alternative would be. Any T-parents out there that have addressed this problem?[/quote]

No soy for my boy…he was breast-fed for the 1st year of his life. Since all we have access to is pasturized milk, that’s what he gets…he also loves cottage cheese (4%) and steak, so protein intake is not an issue.

He also loves Low-Carb Grow!, which he calls “Daddy’s Drink”. No wonder I go thru so much of it.

[quote]apayne wrote:
I hear you Tungsten, but this is my sister-in-law and she asked me because they know I educate myself about this nutrition in general. Plus I’m a buff stud.
Where did you read about the goat’s milk? I’m sure her follow up question will concern what a good alternative would be. Any T-parents out there that have addressed this problem?[/quote]

You can find raw milk by going to this link - http://www.realmilk.com/where.html and look up where you are located.

On how to prepare raw milk to try to match mother’s milk - http://www.westonaprice.org/children/recipes.html

Hope it helps! I have a kid on the way so that’s why i wanted to look for better alternative than soy based formula. Despite what those soy companies say, it’s not that healthy. Probably the worst thing you could feed the baby. They’re just making up excuses to prove they’re “safe” and whatever. Good luck!

It’s not a good idea to feed soy formula to boys or girls IMHO (and also in the opinions of many of those who don’t have to be so humble as well). There are too many under researched issues and interested parties (read: soy lobby) to get a truly authoritative opinion at this time, but there is a picture starting to form and it ain’t a pretty one.

If there is the issue of milk allergies there are specific infant formulas made with hydrolysed protein is available which are non allergenic, in many countries these can be sought through the national health service should the need arise.

I have used this search at pubmed before, it’s basically a search against ‘infant+soy+formula’ hope it helps

If there is the issue of milk allergies there are specific infant formulas made with hydrolysed protein is available which are non allergenic, in many countries these can be sought through the national health service should the need arise.

I thought the milk allergy issue had to do with ‘pasturized’ milk? I think i read that raw goat milk was more tolerable but not really sure.

[quote]apayne wrote:
I can’t recall reading anything that related specifically to infants. Does anyone have any info on this or a link to anything? Thanks in advance.[/quote]

As others have mentioned, soy is even worse for infants (particularly male infants, but it shouldn’t be used for any) than for adults.

Here’s a collection of links I’ve accumulated with information on soy: 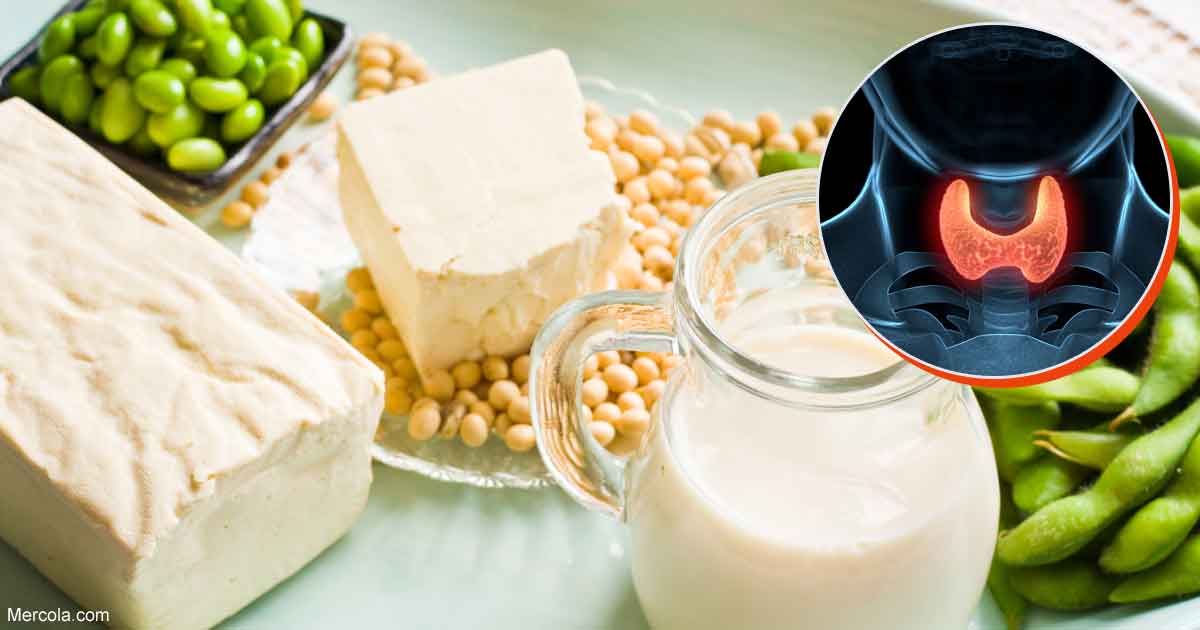 Why You Should Steer Clear of Soy (Unless Its Fermented)

Soy protein has been touted for years as a healthy product, but the FDA recently announced the claim is temporarily off the table due to inconsistent findings.

Go to mercola.com and he has written specifically about the dangers of soy formulas for infants. There is also information on his website about making your own formula.

I would certainly be wary of giving my child soy formula. But I bet most people here sucked down gallons of it during their first year or two of life. Not so long ago, it was strongly advocated by doctors as superior to breastfeeding, so goodness knows it’s what we all grew up with.

In response to goat’s milk. My mother-in-law was fed goat’s milk during infancy due to complications. Reason was called milk allergy. My parents tried to feed my infant daughter soy milk, they didn’t know about known, scientific effects nor history of soy. While they are scared to give it up themselves, they stopped giving my daughter soy.

I thought the milk allergy issue had to do with ‘pasturized’ milk? I think i read that raw goat milk was more tolerable but not really sure.[/quote]

There’s evidence to suggest that raw cows milk is better tolerated as well though there is a variety of other reasons for this. When talking about these things you have to take into account that there are two conditions: cow milk protein allergy and cow milk protein intolerance but, there is also the issue of lactose in the product which is where the advantages of raw milk may come in. There have been studies that show that there is little difference between the allergenicity of raw and pasteurised cows milk. Also a fair percentage of goats milk protein shares identity with that of cows and it has been sugested that infants with CMPI/CMPA be closly monitored when introducing them to goats milk.

Either way you are introducing to the body a range of proteins some of which might elicit an immune response. The allergy and intolerance are seen in about 10 percent of infants.

The allergenic nature of some proteins is due to their folding/structure. It is their shape that elicits the immune response. Once the amino acid residues are cleaved by the hydrolysis reaction and the protein cut up there is no longer any tertiary/quaternary structure and thus no immune response. There is nothing for the immune system to get excited about