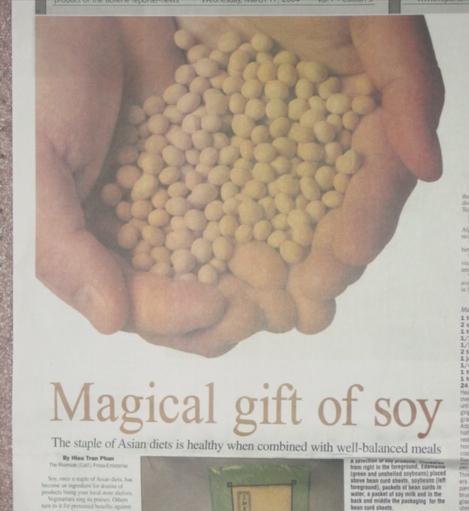 469×511 25.4 KB
I get an article/interview published called <a href=“Strength Training, Bodybuilding & Online Supplement Store - T NATION”>Poison Protein and the local newspaper publishes this.

It’s a conspiracy [he said only half joking.]

Those soy beans represent the size of your nuts once your done eating them.

it’s all about the money…

Hopefully, the FDA will ban baby formula soon. If the manufacturers won’t make a “good” formula then there shouldnt be any formula at all.

Had me worried then, “Soy Bomb” the latest supplement from Biotest, free man-boobs with every bottle! Hehehe.

Where does the magic come from? Is it kinda like David Copperfield?

In the end, it`s the best marketing that wins…not truth!