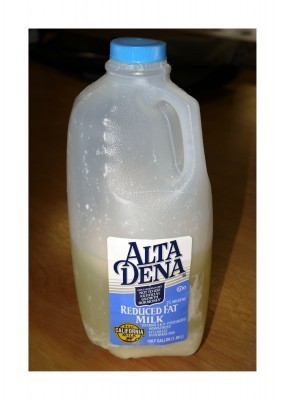 Milk, a heavy lifter’s staple for gaining mass and weight.
But… we’ve all had run-ins with lumpy, rancid milk, so let’s hear your stories.

I’ve only once actually drank sour milk, but I’ve had lots of close shaves.
I was talking to someone and not even paying attention to the milk I was pouring for my shake. Once it was full I had a big gulp and… spewed it all over the room.

Now I always check the milk VERY closely before drinking!!! 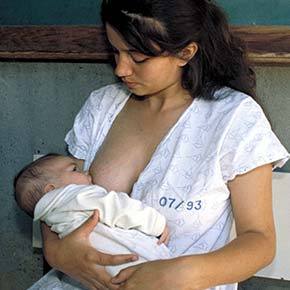 Just the thread I’ve been waiting for. Let the crazy stories begin!

Not sure what things are like in England, but there has never been clumpy milk in my fridge. Don’t you guys have sell by dates?

Once when I was younger (10-12ish), I poured a cup of milk and for whatever reason went to the bathroom with it. I left it on the counter, and since our house at the time was like 4 stories and a few bathrooms no one went in that bathroom for like a week. I finally went in there to use the bathroom and as soon as I opened the door I was overcome with the stench. Looking for what it was I found the milk and attempted to pour it into the toilet to flush. As it came out in 2 solid chunks I started gagging, the thought of the smell still makes me gag to this day.

[quote]challer1 wrote:
Not sure what things are like in England, but there has never been clumpy milk in my fridge. Don’t you guys have sell by dates?[/quote]

Always smell yer food and drink before you put them doon yer pipes.

I once had about a third of a gallon of skim milk in my apartment fridge when I left for an overseas business trip. I was gone for two months. When I got home the gallon had exploded, and there was a yellow cheese-like film all over the bottom of my fridge. My whole apartment smelled like cheese for a few weeks.

^ would have moved out immediately

Bump - come on guys, got to be more stories out there! Keep them coming.

Vacation for a week
Got home with an incredible thirst
“I’ll take a big refreshing swig of milk”, I thought
openmouthpukeface.jpg

had just enough milk left in a gallon…sooo rather than pouring the milk out into a proten shaker i just decided to put the powder right into the gallon so that way i could just toss the gallon away and save myself the 20 seconds it takes to wash a protein shaker after a use…so i begin shaking it and it just didnt feel right, i figured its just weird shaking a protein shake in a gallon, not something ive ever done…well long story short, there were decent size chunks of shit in it and i got a solid mouthful before i spit it all over my kitchen haha it was one of the worst moments of my life haha…so after that i always check my milk and i will never care about that 20 seconds it takes to clean a shaker

Sorry OP, most people just don’t drink spoiled milk. Sure, I’ve seen/smelled clumpy milk, dumped it out, whatever. Once you’ve had kids for a few years, the smell of spoiled milk is NOT the worst thing you will smell.

Yeah, it was sort of funny in the first post “Come on! Let’s all share our spoiled milk stories! Everyone’s got one.”

Actually i just remembered a rotten milk story, lol. my school’s cafeteria had just opened up from a week long break (spring break?). i went in and got some milk and took a huge swig. it was in that moment that i realized they had left the milk in there, uncooled, over spring break…

LOL!! My eyes lit up when I saw this thread title. “An entire thread about perishable foodstuffs will certainly make for some rollicking good yarns!!”, I thought to myself.

When I was a little guy I was running around with my pop and we stopped at a Dairy Queen for lunch. I get a glass of milk while we’re waiting on our order and sit down. I take a sip and tell my dad it tastes weird, to which he replies “Quit bitchin’ and drink it”. I take another sip and tell him I don’t want it anymore. He gets irritated, grabsthe glass, is about to take a sip and smells it and says “What the fuck?!?!?” He goes to the guy behind the counter and tells him the milk is spoiled. Turns out they had their milk in a giant cooler and the fridges motor had broken, but no one had ordered milk for awhile so they hadn’t checked, or something like that. Bottom line is the milk had gone bad, my pop got his money back and we bounced.

So there I was at 3:30 in the morning with a building full of angry marines
20 minutes ago I had just rushed out the door of my recruiters house and slammed down a bowl of cereal, I was too delerious from the early hours that I didn’t even think about my severe lactose intolerance
as soon as I entered the room with the group i was with all mayhem broke loose and there was screaming and terror throughout
This utter culture shock of intensity along with the fact that i had a rotten white goop in my stomach made me whiter than an albino in alaska
So weak in the knees that i nearly collapsed
and what did the angry marines do? They looked at my sick twitching body and laughed
Their laughter haunts me to this day but it gets worse, so much worse