I did some weed eating for a little over an hour this morning, my head was still bumping from that when I made it to the gym. Not an amazing session but not bad; I’ll take it.

There was a guy curling 85# in the rack.
After my set of 315x5 another guy came over and said: “I thought you was gonna just pick that up and press it, I was like ‘gawd’.” I told him maybe next week.
A guy was bragging to his girl that he hadn’t worked out in months, then showed her how easy it was for him to do the hammer strength bench (1 plate, 1 rep).
People. shakes head

Lifting notes:
Pull Ups boosted by Brute_Fury(!), and for clarity that’s 3 sets of 10 and 4 sets of 5 (I don’t know why I invert the usual format for them, but there it is). Bench, I’m okay with 4 at 235 and was very pleased with the feel of the singles at 255. That’s a rep PR for the DB rows. The incline presses went pretty well too; I wasn’t willing to not get those last 2 even if it ‘was’ after a slight pause.

People notes:
There was a guy who was doing curls after his cardio, big fella who seemed to be wanting to slim down. I got him to spot me on my bench singles. He asked me after the second one why I set up the way I did, so I 'splained it (semi-briefly). He seemed to get it and said “That’s pretty cool.” There was also an older fella who, it turns out, was in there because his granddaughter had woken up around two in the morning and he couldn’t get back to sleep after she did, so he came on in to get his workout knocked out.

This song makes me want to carve through one hundred foes. 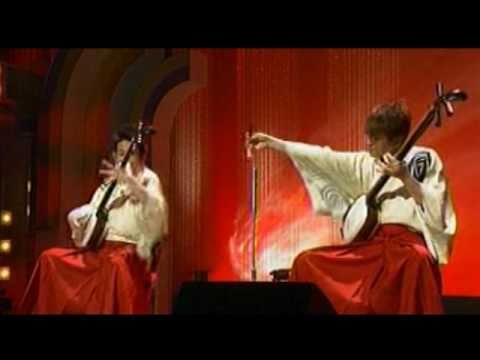 The Good Mornings were still heavy but not as shockingly so. All in all I’m really pleased with this workout. nod

That’s a cool combo with the power clean in the mix. I WISH I could get a decent clean down. It is tricky!

I’m pretty sure my cleans are adequate at best, but they do what I want them to do (I think :P). nod

It’s amazing how much harder 155 is than 145 on MP. I count getting the same triceps work in after doing the heavy week and the singles as a win. My EZ curls were a little cheaty at 115, but not bad. Hitting the bag after the workout (nice and easy, nothing too wild) felt really good in terms of a cool down. The pull ups on the straight bar, again, are noticeably tougher than on the handles. I like the old school feel.

I was rotating off on the bag with a fellow who told me he’s cutting down from 200 to 155 for his amateur boxing. Seems like a big cut to me. shrug Hope it works out for him.

You got your those 10’s WORD

Short day! Due to time leg curls got nixed today, but that’s alright because that triple with 405 equals my best with that weight, and that 435 was a griiiinder. Easily the hardest pull I can remember doing. Around my knees it felt like it wasn’t moving even though I could see that it was. A friend of mine said it took six or seven seconds. laugh Felt like about twenty. The extra reps at those loads on leg press were also noticeable. So no leg curls but my posterior chain definitely did work today. Now, to the showers and the road!

). Also some bw lunges and inverted rows, a couple of push ups.

I also got a chance to chat with a fella tonight about his squatting; he asked me what he could do to get his legs stronger. He seemed to catch on to/understand what I was telling him (depth, hips back, elbows forward, etc.), so that was fun.

Instead of looking at the deload as a week where I don’t get to do much I’m trying to look at it as a chance to get really ready to get after it next week. That’s working so far.

Some military pressing and some deadlifting, nice and easy with a focus on form and mental cues. A little rear delt work, a token set for tri’s and bi’s, and peaced out. I did overhear two ripped but tiny teenagers talking amongst themselves between/during their sets; I wouldn’t mind winding the 'ole clock back a few years but good lord I’m glad I’m not 17 anymore.

Also, turns out a guy at work is into the lifting/powerlifting. We’ve had a few longish conversations and I’m going to switch out pressdowns for some heavier close grip bench work on my MP days. He and his partner also have a home gym and he’s invited me out to lift with them; they’ve got bands/chains/glute ham/etc. and are both a good bit stronger than I am. Looking forward to a few sessions out there.

Good to be off deload.

The bench set of 230x6 I’m okay with. The singles both went up nice and smooth, the 260 sort of surprised me with how smoothly it went. Happy.

Looking forward to getting a little more ‘skilled’ with that setup.

As always I’m shocked by how little work today looks like on paper. 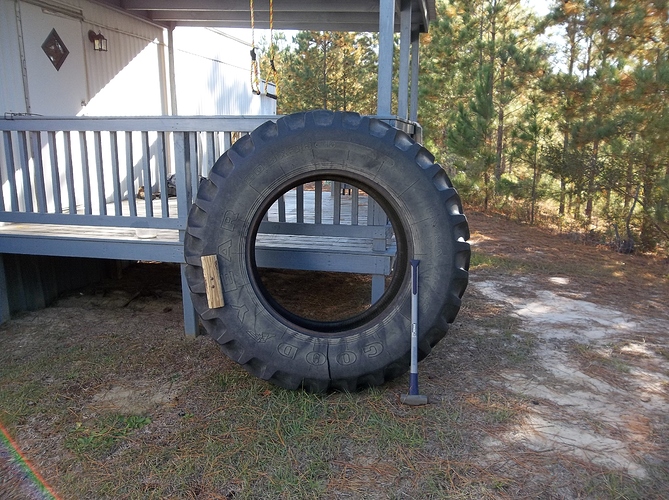 I’m extremely pleased with 295x8. I could’ve probably gotten a few more but had 8 in mind, so stopped there. The 355 I didn’t stay tight enough on the way down, had some forward fold, but straightened it up immediately and came up fast enough to have some bar wag. I’m feeling very confident about hitting that 405 by year’s end.

The accessory work was bland but draining. It’s amazing the kind of looks you get when doing good mornings in an anytime fitness. laugh

I like the CGBP. I feel like it’s far, far more supplemental to my current goals than the various isolation exercises I was doing. I did a few feeler sets before those work sets; getting used to the setup/etc. Those preacher curls were really, really hard! laugh I’m pleased with the 140x8 and the 165x1 on MP, the 165 went up smoother than expected. My shoulders were thrashed by the time I got to rear/side laterals, I assume from the CGBP. Good stuff.

Notes:
Hitched that 445 like a mofo. What I actually did was let it drift pretty far forward, but then pulled it back into me and finished locking it out. While the rep was ugly as sin I’m pleased that I was able to pull that off (and not lose it, I mean). I was going to do a third set of leg curls but my hamstrings cramped up when I got off the seat for the second set so I decided to call it a day.

I’ve decided after a bunch of reading and such that I’m going to ‘not’ pick the battle with deadlifts and instead go all out on my squat top sets. So I could have gotten a few more reps with that 385 but stopped at 5. The singles will still be getting full attention.

Notes:
I probably should’ve waited until tomorrow to start this week. I’ve worked thirty of the last 48 hours and have felt sick all weekend. But! I made it to the gym, did my prescribed reps plus a few extra, and did a bit of accessory work so that’s all good. I also predict some serious crash-out type sleep after work tonight.

Good work getting in there and getting it done.

^^ There are other dangers than rogue grapes I contend with these days. Glad you’re alive, my fine and feisty friend.

Notes:
Still a bit low on energy from the weekend- this workout was far more punishing than it should have been. That said I’m alright with it, and amazed at how much easier overall 155x10 is to FS than 185x6. Looking forward to next week and feeling better/some heavy singles. I resisted the urge to go up to 225 for some low-rep sets on FS since this is my light week.

People Notes:
A tiny fella who was doing high squats on the smith machine showed his girlfriend how I was supposed to be cleaning. He was demonstrating with 95#, claiming a max on that exercise of 225#. I did not laugh, but could not help grinning through the whole display.

(disclaimer: maybe he’s really strong, and the joke’s on me shrug)

Flipped my tire around the trailer today. Did it in roughly 11 minutes (vs. the ~15 of last week), mostly due to new rifle frustration. But! I think with just one more trip to the store I’ll have it ready to go.

Notes:
Was really hoping to get 11 on my last set of MP, but so it goes. 9.5 is pretty close to my rep PR so I can live with that. I’m pleased with the CGBP sets, and the guy who suggested I do them also suggested a form tweak that really put more stress on the tri’s. Those rear/side lateral supersets were rough.

All pull ups were supinated tonight, save the first set.

Notes:
Got to the gym a little late so cut leg curls. Looking forward to picking up some heavier stuff next week, and very glad that my system seems to have cleared up from last weekend. Now on to food and work!