Huge James Bond fan - we finally have a trailer for the new flick this fall! Don’t really get to much out of this trailer, but at least it’s finally on its way. I don’t go to the movies that often, maybe twice a year. This year for me it’s going to be Batman and Bond. 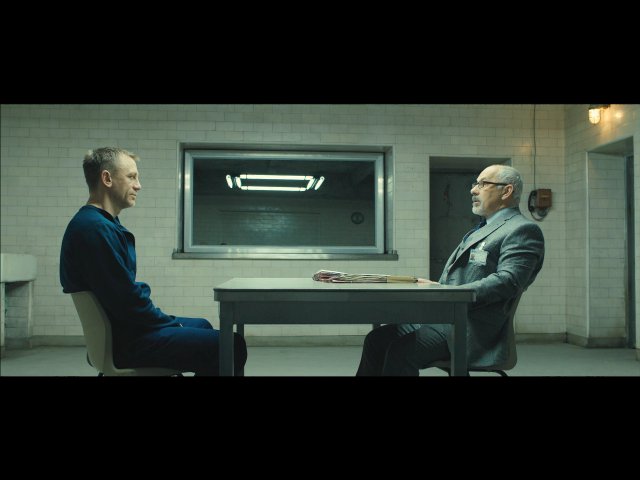 Bond's loyalty to M is tested as her past comes back to haunt her. As MI6 comes under attack, 007 must track down and destroy the threat, no matter how personal the cost.

saw this on the news, definitely piqued my interest

Thought I had embedded the video in my first post, whoops…

Im so excited for this movie. I really enjoy Daniel playing 007 I think he might be the best that has done it.

Deniel is probably a more realistic portrayal of 007, true to the books, but its boring.

Deniel is probably a more realistic portrayal of 007, true to the books, but its boring.[/quote]

I reckon Pierce Brosnan was the best Bond

I’ve seen every Bond movie since The Spy Who Loved Me in the theater except for Octopussy because that was 1983 and I saw Return of the Jedi 6 times that summer.

My mom even named me after Sean Connery (my mom’s from Scotland) and of course I love most of Connery’s films but I find these Daniel Craig ones to be excellent.

Deniel is probably a more realistic portrayal of 007, true to the books, but its boring.[/quote]

I reckon Pierce Brosnan was the best Bond [/quote]
Ughh, I disliked Brosnan. Thought he was too much of a pretty boy.

looks a bit grey, but still can’t wait. Damn glad they got past the MGM mess

I hated Pierce Brosnan and his movies.

He didn’t work for me because he may have been the perfect representaion of all the pieces of James Bond (martinis, expensive clothes and watches,etc.) but once put together it looked gaudy and overdone.
And the gadgets were getting stupid. A fucking invisible car.

Also, sure Bond should get a woman in most every movie, but seeing Brosnan, who’s supposed to be a Naval Commander in his 40s making juvenile sexual puns was cringe inducing.
I like how Daniel Craig hasn’t made any stupid sexual innuendos in his movies from what I recall.

[quote]Nards wrote:
I hated Pierce Brosnan and his movies.

He didn’t work for me because he may have been the perfect representaion of all the pieces of James Bond (martinis, expensive clothes and watches,etc.) but once put together it looked gaudy and overdone.
And the gadgets were getting stupid. A fucking invisible car.

Also, sure Bond should get a woman in most every movie, but seeing Brosnan, who’s supposed to be a Naval Commander in his 40s making juvenile sexual puns was cringe inducing. [/quote]
^This

Brosnan probably could have been a fantastic Bond, as Nards said, all the pieces were there, but whatever he was doing with his performance, combined with the awful writing he was given to work with, makes me hate those movies. I beleive Brosnan was the original choice to take over for Roger Moore back in the day, but he couldn’t commit at the time so Timothy Dalton took it for a couple of flicks. I wonder how good Brosnan would have been in the Living Daylights and Licence to Kill. That certainly would have been better than the bullshit that culminated in Die Another Day.

Die Another Day did to Bond what “Batman and Robin” did to the Batman franchise. Turned it into a joke.

I thought the Dalton movies were very good, and Dalton himself was a good Bond except for looking too small. I think Craig’s portrayal of Bond is somewhat similar to the direction Dalton was going, but he sells the role better and is more credible as a tough guy.

Casino Royale is one of my favorite movies ever. I was surprised at how well Craig fit the role and how good the movie was, even if it abandoned some of the traditional peices of the formula. Having read some of the books now, I like Craig even more in that role, even though I still picture Sean Connery when I read the novels.

Quantum of Solace was disappointing because it didn’t stand alone as a movie, you had to see Casino first to understand some parts, and it seemed poorly directed and disjointed. However, Craig’s performance stood out above the rushed story, which is kind of rare for a Bond movie.

I also liked Timothy Dalton. In The Living Daylights more.

I do think that Sean Connery’s Bond movies are a tad overrated in that most people that say he was the greatest Bond probably haven’t seen them all and the ones they did see they saw 15 years ago or more.

I watched them all as a kid and have watched then all again recently and holy fuck Thunderball is like going to Good Friday mass it’s so long and dull.
Diamonds are Forever was on HBO two weeks ago and I watched half of it again after not seeing it in years and it is incredibly bad.

I think many people (I can include myself) seem to take all of Connery’s movies and put them in a blender and throw away the pulp and just remember the good parts.

That’s the essence of Bond and I think the Daniel Craig movies are doing a great job of making them in the here and now.

Tim Dalton was supposed to star in Goldeneye but Renny Harlin (who was supposed to direct it) refused to work with him. It was the first (and last) thing Harlin did before leaving the project.

I have to say, I didn’t like Die another day. I think the reason Pierce Brosnan is my favourite Bond is because Goldeneye was my first and favourite Bond film. Purely because it was the first one I was allowed to stay up late and watch with my dad and then of course the game came out on N64 in 97, then, there was playing James Bond with BBguns and spud guns… all whilst pretending to be James Bond (Pierce Brosnan) brings back loads of nostalgic school boy memories haha. Because of this whenever I think of Bond, Brosnans face is what I associate with it, so seeing Daniel Craig as Bond just doesn’t seem right.

All I could think about watching this is he would make a Great “Old” Batman in a Dark Knight Returns" Movie.

I still enjoy all the Bond movies even though the cheese factor has gone down. The early eighties were a horrible time imo. Octopussy and Moonraker were awfull but I still dig them, can’t help it.

Connery was the original Bond so he’s naturally always going to be regarded as better than any of his successors. Sean Connery’s introduction in Dr. No is the best Bond scene ever. Probably the coolest film introduction scene in film history.