I have been running 5/3/1 for the last 2 years have the book and would like opinions on skateboarding as conditioning tool. i have been skating for a long time, but cut it out to just focus on lifting and gaining weight I’m up to 230 from 180 not all of it is muscle and would like to slowly add in skating to take off some of this fat I havent been measured, but I would say I’m around 18% body fat. I currently lift 3 days a week somtimes 4.

If you skateboard up hill, I can see it.

Or put an elephant on your skateboard and and pull it up hill.

Yeah, that would work.

On a serious note, have fun with the skateboard, run up hill for conditioning.

But thats just me.

good call can’t really do anthing right now due to foot injure just making plans for when I’m up and running.

I used to skate for cardio all the time in the summer and would work up a really good sweat aha wouldn’t stick to one spot tho. Mainly cruised around. Gonna get a longboard for next summer.

[quote]calhoon wrote:
good call can’t really do anthing right now due to foot injure just making plans for when I’m up and running.[/quote]

yeah pretty much just upperbody lifts still working on the details,as I can’t walk or stand for 10 minutes at a time.

it sucks for cardio or conditioning. if you sweat on a skate-board you should probably try running at speed, running with a weight vest. Even walking with weight would be better. Biking, Skipping rope. It’s a waste of time to be using a skate-board for “conditioning” unless you want to be some kind of skate-boarding professional. Even then you’d be better off building up your neck/back musculature for the inevitable brutal accidents.

[quote]IronClaws wrote:
it sucks for cardio or conditioning. if you sweat on a skate-board you should probably try running at speed, running with a weight vest. Even walking with weight would be better. Biking, Skipping rope. It’s a waste of time to be using a skate-board for “conditioning” unless you want to be some kind of skate-boarding professional. Even then you’d be better off building up your neck/back musculature for the inevitable brutal accidents. [/quote]

Well its obviously not gonna be as good running. And I wouldn’t substitute it for regular cardio, but maybe for a little extra? Theres nothing wrong with fun excercise once in a while lol

It cant hurt, but you’d well to add some sprints, weighted walks, etc.

Skateboarding is pretty high intensity. IDK if I would use it for conditioning though, at least for me it’s too easy to have a shitty day and get pissed off. It’s also a pretty injury intensive sport.

Riding a ramp seems like it should be all momentum but it gets you tired.

I have no intention of ever being pro, but have skated off and on for 20 years. Usually stop because of the brutal accidents for awhile right now its plantar fiscittis more anoying than brutal, because it ruptured and can’t do much of anything. I hear you on the hill sprints and loaded carries I just don’t know how much life is left in my knees. I rather save them for squatting and skating.

Use your skateboard for deficit deadlifts lol

I’m not convinced skateboarding is anymore demanding than walking. Sure you’re pushing pretty hard, but you’re also spending a lot of down time just standing on it and cruising. I’ll tell you one thing though, back when I was skateboarding to campus everyday I did see some growth in my calves.

Lol! Skateboarding no more efficient than walking! You have obviously never been on a skateboard. I get out at least once a week and it is a killer cardio workout. In addition to the fact it is actually fun! I can’t stand sitting in the gym doing cardio, so between this, hiking and the bike once and a while i get plenty. I have never felt better since starting back. I would suggest buying smaller wheels under 55 mm. And make sure you push and ride both ways to prevent imbalances. Doing tricks also increases intensity, but keep them simple to prevent risk of injury. No nollie tre flips down the ten sets. Besides the cardio aspect I have never been more sore in the adductors, my calves have improved greatly, and my proprioceptive balance has never been better. It seems to have even improveD my golf swing, likely due to the rotational moves like 180 Ollies etc. you could also do things like wearing long sleeves and pants to increase the thermogenic effect.

Oh and Mike mattarazo rode a skateboard. He said riding it to the gym helped his conditioning and calve development.

I’ve always thought that just to condition yourself the most fun activity is the best. I think it is really sad that so many people see conditioning and just keeping a basic level of cardiovascular fitness as something to do in the gym and as a ‘workout’.

Conditioning is way better when its fun, here’s my HIIT:

I have a kid that i coach that tries to pass off cruising on his long board as a reason for missing practice. Bullshit. ALTHOUGH, riding a short board around town, ollieing over every possible obstacle is like doing continuous plyometrics. if you don’t believe me, try jogging for 3 miles at an easy pace, but everytime you come to a curb, jump as high as you can. every sidewalk crack, jump.it’s like par cors, but harder. plus its fun as hell. every decent skater i grew up with had an abyssmal diet and 5% bodyfat.

Conditioning is way better when its fun, here’s my HIIT: 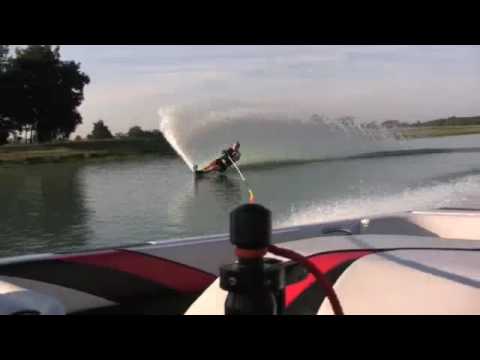 I think the kicking movement is good for the glutes, also could improve your running gait