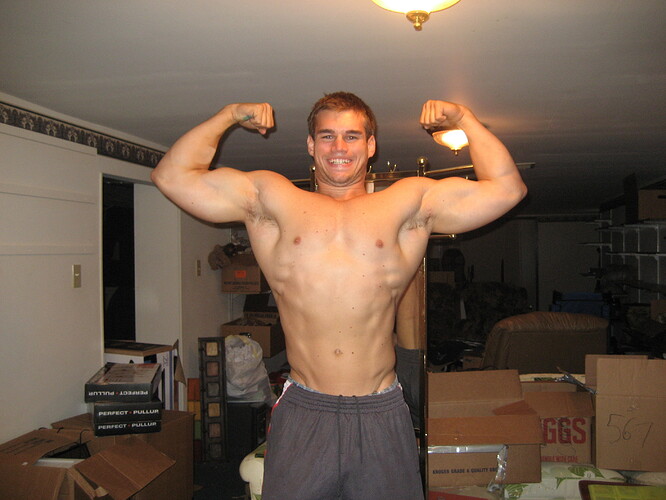 2816×2112 1.16 MB
CT, I hear alot of bodybuilders saying not to do legs precontest a week before because you will hold water. What is your take on that?
also do u think im getting close to competition ready with it just 5 weeks away?
thanks man 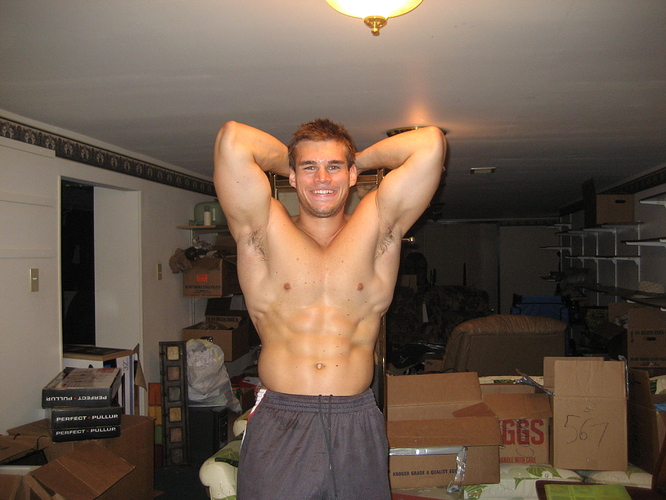 Personnally, on the last week before a show I think you have to put the volume on the weak part to take advantage of the carbs up. So if your legs are weak compare to the rest of your body, put volume on them. For the water case…don’t know if is there any proof to it…just be sure to do not pump them back stage!

[quote]Stephane Aube wrote:
Personnally, on the last week before a show I think you have to put the volume on the weak part to take advantage of the carbs up. So if your legs are weak compare to the rest of your body, put volume on them. For the water case…don’t know if is there any proof to it…just be sure to do not pump them back stage![/quote]

[quote]kickinger21 wrote:
CT, I hear alot of bodybuilders saying not to do legs precontest a week before because you will hold water. What is your take on that?
also do u think im getting close to competition ready with it just 5 weeks away?
thanks man

Working legs will not really make your legs hold water. If that were the case then we wouldn’t train anything for the whole week prior to the show.

What happens though is that hard training causes inflammation and swelling. When the chest is swolled up it doesn’t really make that much of a difference because it’s basically one muscle. The legs on the other hand are very complex and in a well defined leg (see Alex’s posing posted in the muscle lab) you can see the separation between all the different muscles making up the legs.

If you cause a lot of inflammation in the legs you might lose some separation because it will hide the lines between the many muscles.

Now, as Steph mentioned (he is my one of my coaches, so I would listen to him) when you glycogen load the body will tend to send more carbs to the muscle that you trained. So you can make a weaker muscle look slightly bigger by working it prior to carbing up (a trick used by Dorian Yates). However it is a fine line. For example if you start to carb up on thursday (not saying that you should do that, just an example) then you work legs on thursda morning to make them appear bigger. But if you cause inflammation there is a possibility that you might lose separation.

So what you want to do is non-stressful work, ideally eccentric-less training. The eccentric portion is responsible for the muscle tears and thus most of the inflammation.

BTW a cool trick that I learned from forum member Prisoner (a top level national bodybuilder in Canada and the best conditioned superheavy this year) is to wear compression socks and leggings the day prior and the day of the show. This helps decrease lower body water retention. 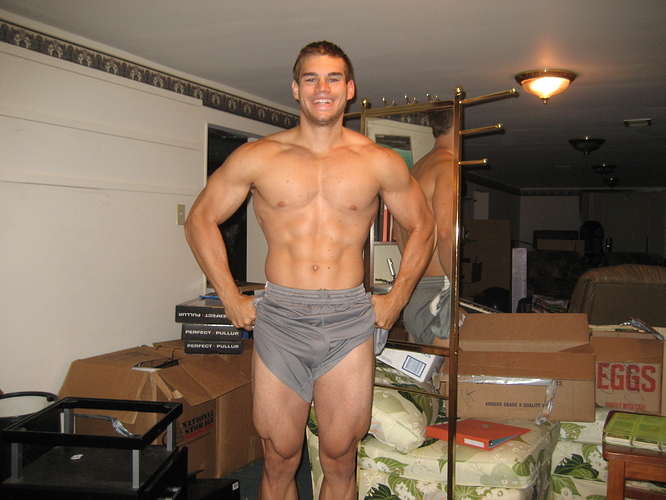 Damn I just wrote like a long ass thing and i didnt submit.
Thanks for the advice steph and CT. APPRECIATE you guys clearing that up!!! Im gonna try that leg stocking and foot compressions as well for september!!!
last month did npc natural michigan. looked flat, too much bodyfat and too much water i believe, first show i did at 24 years old

saturday day of show
730am 1 cup white rice and 40z chicken
11pm after weigh in 4 rice cakes , with peanut butter, honey, jelly
1pm tuna and two rice cakes
230pm chugged 8oz soda with two table spoons of vegetable glycerol
3pm ish was prejudging which was suppose to be at 1230

thanks for all your help, this is really helping me!

looking at those pics your quads look’s good but you have to consider your hamstring as it’s a great part of the leg. Many of your side pose will be judge on this.

For the carbup part…giving advice on this is very tricky, there’s many options and variable and all depend on what you’ll look at the moment. Last year, I used a progressive carb load approach. I started to carb up a week before the show and we were adjusting the load everyday based on what i was looking. I think it’s a more safe approach. Remember this is not an advice since i can’t follow all your prep, but an option to consider.

Steph is correct. I am personally not a fan of giving peaking advice on the net either. I peak my athletes by looking at them on a daily basis and then deciding how much carbs, water and sodium they need to take on that day. I normally have a general plan, but it is always modified on a daily basis.

The last day or two are even more important and I need to see the athlete every 2-3 hours.

If you really do your job, you should be ready in 5 weeks. I like to have my guys/girls ready 2 weeks out and then just do some fine-tuning for the last stretch. Drop the cardio, start to fill out gradually. I do not believe in overly depleting anyone, and playing around too much with water, sodium and carbs can be - as already mentioned here - very tricky and it’s a good reason why so many look great one week out and then just blow up completely the last few days.

My point is, if you’re in shape, very little should be done. You get your water up and reduce it (don’t drop it) about 12-18hrs out. Sodium should never be cut completely, you basically just do the same thing - keep it high when water is high, gradually reduce it, then re-introduce it either the night before or on show day depending on how you do your carbs.

If you’re not super-conditioned (your skin should be eyelid thickness all over), go very moderate on the carbs - the safer option is what Stephane said - high early in the week, gradually taper it. Get some carbs in you on show day, but stick to normal diet foods.

If you’re flat you can obviously go higher carbs, but I prefer to do it earlier in the week and just go back on your diet for the last 2-3 days to get any water retention out.

It all depends on how you’ve been dieting as well, if you’ve gone the carb-cycling or moderate-carb route you can do more carbs. If you’ve done a low-carb or keto diet, be very careful with carbs.

Don’t get too hung up in a “plan” or a “template” some guru told you or what you found on the web, get more in tune with how you respond to various foods, carb levels, sodium etc - your weekly carbload/refeed is the perfect time to do just that. If you’re not sure how to do it, it is money well spent to have a qualified prep guy take care of it - he should not only be able to tell what to do and when, but also keep your head in check so you don’t do anything silly the last week…your head will be playing tricks on you the last few days so it really helps to have someone in your corner you can trust.

alright ill gather all this advice and figure out a plan of attack, I dont have money to hire anybody so I guess ill have to be my own guinny pig and see what happens, thanks for all the great advice
guys. ill post some pics of the show thats coming up and let u know how i did.