After “working out” off and on for a while I am currently in the first week of the Starting Strength program (doing the stronglifts variation: StrongLifts 5×5 workout: Get Stronger by Lifting 3x/Week)

Anyways, I have an old snowboarding R shoulder injury that nags me all the time. The workout yesterday called for deadlifts but I was doing it at home due to circumstances so I tried to substitute some heavier DB lunges just to do something. During the forward progression of the movement my R shoulder had a pretty sharp pain that made me stop holding on to the DB as well as stop the lunges altogether. Any idea what could be wrong?

I have done the Dieselcrew shoulder rehab/prehab protocol in the past: 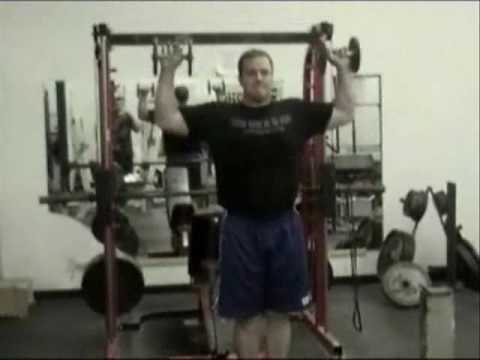 which seemed to help at the time but then I got sidetracked for a month and jumping back into the lifting may have aggrevated something in the shoulder.

The Stronglifts 5x5 has me doing overhead/military presses as well as dips. No pain during the dips, and there is sometimes a slight pain in the overhead lifts when I bring the weight up to begin the reps (not during the actual movement itself).

there is sometimes a slight pain in the overhead lifts

If it hurts, don’t do it. The program is written for people with no injuries. Try dumbbells with nuetral grip or some other exercise that accomplishes the same thing.

Well the thing that is confusing to me a bit is that the actual motion of the overhead lift doesn’t hurt, but moving the weight up into position does hurt (so i guess like the clean movement, dumbells or barbell). If I ease it up one at a time or something I can get past the pain.

thx for the advice