Should You Take Vitamins? 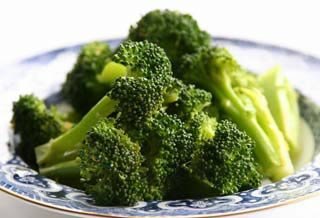 [u]Should you take vitamins? We answer the question[/u]
Katherine Dedyna , Times Colonist
Millions of Canadians begin the day by popping a multi-vitamin/mineral pill.

It’s a cheap and easy form of health insurance, right? Or is it too much of a good thing?

There’s a lot of confusion about the ubiquitous little pills.

Health Canada won’t go out on a limb and recommend them for anyone but women of childbearing age.

The Dietitians of Canada suggest a multi-vitamin for some segments of the population, but advocate food first.

The B.C. Ministry of Health website makes multi-vitamins sound like a good idea even for those eating well: “If you eat a healthy diet, taking a daily multivitamin/mineral supplement may be all you need to do in most cases.”

The Canadian Medical Association takes no position. But an article published in the CMA Journal in 2003 noted “for otherwise healthy individuals, daily consumption of a multi-vitamin is often recommended to round out a well-balanced diet.”

Going further, the Journal of the American Medical Association reviewed the medical literature from 1966-2002 and stated it “appears prudent” for all adults to take vitamins due to widespread deficient diets. And vitamin deficiencies are “risk factors” for cardiovascular disease, cancer and osteoporosis.

But the prestigious U.S. National Institutes of Health is unconvinced.

In 2006 a panel of experts in 30 fields found too few rigorous studies to give the multi-vitamin the thumbs-up for disease prevention.

“(T)he present evidence is insufficient to recommend either for or against the use of MVMs by the American public to prevent chronic disease,” the panel found.

So back to the “food first” philosophy of Health Canada.

A healthy individual following Canada’s Food Guide should get “all the vitamins and minerals that they need,” says Health Canada spokesman Paul Duchesne. Those bypassing the guidelines should check with a health-care provider before taking even a multi-vitamin, he adds.

But many of us are stinting on leafy greens, whole grains, dairy and soy products necessary to maintain vitamin and mineral levels, says Heather McColl, B.C.-based spokeswoman for the Dietitians of Canada.

“Healthy eating isn’t … something that we’re all doing on a daily basis, so the supplement can certainly give that added value that we’re not getting,” says McColl.

“Food is your best source of nutrition,” she underscores. “It’s going to give you all those other nutrients that you can’t get in a multi-vitamin.” Namely carbohydrates, fats, protein and fibre.

A supplement can only supplement what your diet is doing, says McColl. “It cannot replace a healthy diet.”

A poll of 1,000 Canadians in 2002 suggested only 17 per cent of Canadians ate the recommended amount of fruits and vegetables daily.

Industrialized food production has depleted both soil and food nutrients and it’s compounded by widespread consumption of unripe produce shipped across continents, he says.

MacWilliam’s argument is backed up by an analysis of 25 fruits and vegetables in Canadian supermarkets in 2002. Conducted for CTV and the Globe and Mail, it compared government food tables back to 1951, finding significant declines in current produce in all nutrients but niacine.

What does Health Canada say?

“There is currently not enough concrete scientific data to either support or refute the claim that the nutrient density of vegetables today is declining,” says Health Canada’s Duchesne. And the cost would be “enormous” for a highly controlled repeated survey taking into account annual differences in climate, soil, species, import sources and research methods.

“I think the strength of the evidence on vitamin D is going to force Health Canada’s hand on (multi-vitamins),” predicts MacWilliam. In June, the Canadian Cancer Society advised Canadians to take five times the vitamin D currently recommended to lower the risk of breast, prostate and colo-rectal cancer five-fold – its first such recommendation.

Saanich pharmacist Naz Rayani finds the conflicting positions regarding multi-vitamin use “difficult to understand” given there are experts on both sides.

But the Order of Canada recipient opts to take one every day, noting a “good generic multi-vitamin” costs only $15 for a three-month supply.

“I don’t think (it) would harm anybody and may do you good. And even if it’s useless, so be it.”

Unneeded excess of B stress vitamins, for instance, will just pass out of the body while there isn’t much of the oil-soluble ones associated with toxicity, such as A, D, E and K, in a multi-vitamin, Rayani adds.

One reason I’m glad I’m not an epidemiologist- way too many confounding factors to draw solid conclusive results from. Couple that with ridiculous amounts of frivolous lawsuits and you get a lot of scientists claiming to be unconvinced.

Biotest will have an alternative available any day now.

I have no problem taking vitamins (specifically, I take a multivitamin).

Most vitamins and minerals are water-soluble, which essentially means that what your body doesn’t need, it urinates out. However, fat-soluble vitamins should be taken in moderation (I prefer to get them in my food rather than in pill form).

@ TC - glad to hear this. Thanks for the heads up. Can’t wait to see what it is.

Biotest will have an alternative available any day now.

I wait with bated breath,(and credit card at the ready/