She's From Texas, of Course

Lake Jackson teen awarded Silver Star for gallantry in Afghanistan.
Proud grandmother says she ‘just did what she was trained to do’

“I did not really think about anything except for getting the guys to a safer location and getting them taken care of and getting them out of there,” Monica Brown told The Associated Press on Saturday from a U.S. base in the province of Khowst.

Katy Brown said her granddaughter graduated from Brazos River Charter School in Morgan at 15. She joined the Army with her brother, Justin Brown, in November 2006 to get a college education, Katy Brown said.

She said she is not surprised by her granddaughter’s heroics… 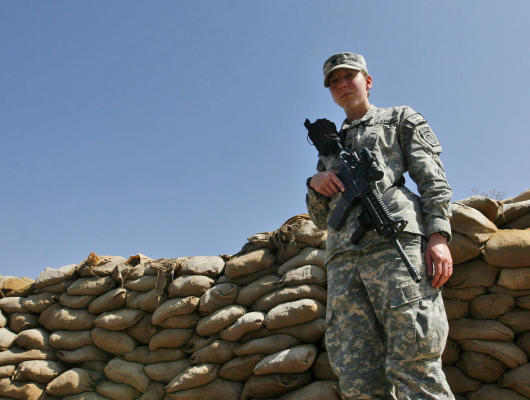 Lake Jackson teen awarded Silver Star for gallantry in Afghanistan$LINEBREAK$Proud grandmother says she 'just did what she was trained to do' Dodging insurgent gunfire, a 19-year-old Lake Jackson soldier used her body to shield five injured comrades...