SERMs Raise Testosterone, Yet No Benefits in Most Men?

This is something that’s really starting to bother me, I have idiopathic hypogonadism and have been reading personal stories about people with similar condition who used SERM to restart their HPTA (usually clomid).

The thing I keep hearing consistently is “T levels doubled/tripled, E2 under control, libido and mood still in the dumps or worse”. This is pretty much 90% of the reviews I have been reading. Keep in mind these are men who didn’t take any anabolics before.

What the hell is going on here? Nolvadex gets a similar rep. So what’s the point of doing this treatment if you don’t benefit from elevated testosterone?? The only SERM that supposedly doesn’t cause these issues is Toremifene, but good luck getting that prescribed lol

axl617, @KSman recommends deep investigation with lab work to find underlying causes that may lead upto low T like thyroid or pituitary problems, use of 5 alpha reductase inhibitors or low cholesterol or Vit D etc. Therefore merely treating hypogonadism with TRT or SERM’s is not enough to achieve lasting results, you need to get to the root cause if possible. (If possible because it’s not always obvious and easy to get right away, and many docs don’t take pain in going there. You got to be proactive and take it in your hands.)
Like he also suggested in your other thread

22yo Male with Below Range T Levels

fT3 is elevated and TSH is also interesting. Please see the thyroid basics stick and check your body temperatures. Concern is that rT3 may be elevated, blocking ft3.

I see that you’re suffering from low T since 2013 and you’re about to start SERM therapy under doctor’s supervision. Had you started on it?

Post does not clearly indicate what the issue is.

Hey @jasper41, unfortunately there is just no knowing what caused my low testosterone levels. I’ve done every blood test possible, everything to 17 hydroxyprogesterone. I’ve done thyroid labs, thyroid antibody tests, liver function tests, pituitary MRI’s, scrotal ultrasounds, everything you can think of yet the only thing not within range is testosterone (and low LH/FSH).

So me and my endo concluded it’s probably just idiopathic, as in, just happened. So he wants to try SERM monotherapy (last endo’s turned me down because I had no obvious cause).

What I’m concerned about is reading so many anecdotal stories about people getting great results with these drugs ON PAPER, but still feeling no better than before treatment. What is this due to?

@KSman it’s pretty clear, I’m concerned about a large body of anecdotal experiences of getting better testosterone levels with SERMs and not receiving the libido and energy boosts from it.

I have not tried the therapy myself yet, however if I do and my testosterone goes up I will not be able to get on TRT by law. So I need to carefully decide if SERM is worth it.

Post your test results so we can take a look.

IMHO, if you have low T and hypothryoidism, if you fix one and not the other also your outcome will be limited.

With my Dr, and the help of people on here, I’m having a great outcome. Check my thread for my daily/weekly clomid experience log.

Keep in mind that you have a certain amount of bias in people on the internet. Those who are happy on SERM aren’t burning up the message boards looking for a fix.

You can try some things and see what happens. If that does not work, you have to do TRT.

What I’m concerned about is reading so many anecdotal stories about people getting great results with these drugs ON PAPER, but still feeling no better than before treatment. What is this due to?

This is not true, atleast in my case. I had to attempt my HPTA restart twice to get me going. The first time I tried I used Nolvadex 10mg ED, and response was very good. Nearly all symptoms were gone and I was very happy. A few months later I started to feel a little slump, and got myself retested, and my levels came out to be 415. I investigated all of the contributing factors again, made some lifestyle changes using Igs’s fatloss advice and CT’s recovery tips and again attempted a SERM restart, resultingly I’m good to go to date. No symptoms at all, feel energetic, good performance in gym as well as bed and I’m in best shape of my life today.

The elemental thing in my case was that my body responded very well to SERM, a low dose of 10mg for 5 weeks took my levels from 202 to 753 on 241-827 range. I also tried to address the underlying causes leading to my low T like Vit D deficiency, 5alpha reductase inhibitors usage and dietary factors.

This thread contains the whole story of my T recovery

TRT Right or Not? Testosterone Replacement

I have stumbled upon another puzzle of my low T profile, recent lab findings show that I’m deficient in vitamin d. I think that it may be one of the big contributing reasons for my low T as also suggested by this study Pilz S, Frisch S, Koertke H, et al. Effect of vitamin D supplementation on testosterone levels in men. Hormone and Metabolic Research. 2011 Mar;43(3):223-5. Here’re the latest reports 25 - HYDROXYVITAMIN D 3.0 LOW ( Deficiency: < 20; Insufficiency: 20 - <30; Sufficien…

Interesting so we are about the same in terms of what we are aiming to achieve. I think that’s a major response to 10mg of nolvadex, did you experience a dramatic improvement in mood and energy levels? Also, could you link me to the LG weight loss and CT’s recovery tips? I’ve been trying to lose weight but it’s not budging, I eat less or the same as I used to yet carry an extra 10% body fat.

Also I have a feeling your HPTA shutdown was as a result of using 5AR inhibitors. I remember seeing a big database of lab results of people using these drugs and their LH/FSH were low and low testosterone levels were common. If you must keep your hair, don’t inhibit estrogen too much (which was a bit low due to the adex) and use safer topical 5ARs that compete with the DHT sites rather than systematically inhibiting the enzyme which has important roles in some parts of the body.

@axl617 I think after about 2 weeks into SERM therapy I started noticing significant improvements and by the end of month I was feeling really fantastic. The results felt super awesome also because I was feeling so good after a long time. Igs’s advice was posted in my thread, the particular post by Igs regarding fatloss to achieve better hormonal profile was

TRT Right or Not?

I think a small and steady caloric deficit will not impact your hormones. If you try to lean out too fast, you will suffer. I have first hand experience with this. And yes, leaning out would probably balance you out better but again, keep the weight loss slow and sensible.

CT’s tips were mentioned in forums that I don’t have links right now but the’re about managing total work load and intensity throughout the week which keeps your hormone levels balanced. It also included to keep record of things like morning pulse, BP, grip strength and morning woods to track your physiological and hormonal state. One of the CT’s article that I remember I bookmarked at that time was 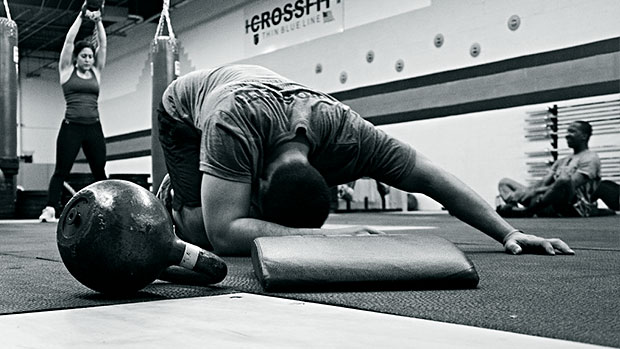 How Hard Do You Need to Work Out?

The average person will gauge the quality of his workout by his level of discomfort. But is driving yourself into the ground every workout necessary?

Yeah definitely 5AR inhibitors could be a big reason for my shutdown. I’m off of SERM’s and AI’s since my last restart an year ago, and I’m really happy with the results. About my hairloss, it’s definitely sped up after terminating the use of 5ARI’s and I’ve found that topical 5ARI’s are not that effective. Though 5% minoxidil solution works but still it’s nothing comparable to the results of oral 5ARI’s.

axl617, I’ll definitely advice you to try SERM therapy first. You’re still too young and there’s greater probability of your HPTA to recover. You know TRT is not at all a smooth and happy ride, there’re also many bumps and breaks. Nothing’s comparable to your natural system resuming to work, so do as best as you can to sort things out and stay proactive.

That’s awesome dude, I’m excited to see if nolvadex will do that for me as well. I’ve been feeling more and more like shit for the past 2 years. I used to be a beast in the gym now I barely get by.

What kind of topical 5ARs did you use? I read you mentioned azelic acid, that’s not going to do much to stop progressive balding. Even topical finestiride is useless. I’d be looking in to RU or better yet CB, there’s a lot of other things to try as well. You’re right, minoxidil does nothing to stop hair loss, it simply extends anagen phase of hair.