We’ve proved Trump’s campaign knowingly colluded with a Russian govt employee. If that doesn’t mean Trump colluded to you, that’s alright by me. I’m not particularly hung up about it.

Well he went for the promise of dirt and didn’t get any. The difference between Trump Jr. And Co. and the Clintons is that they testified about what happened and didn’t delete their emails. You have proof this 30 minute talk with an attorney constitutes collusion? 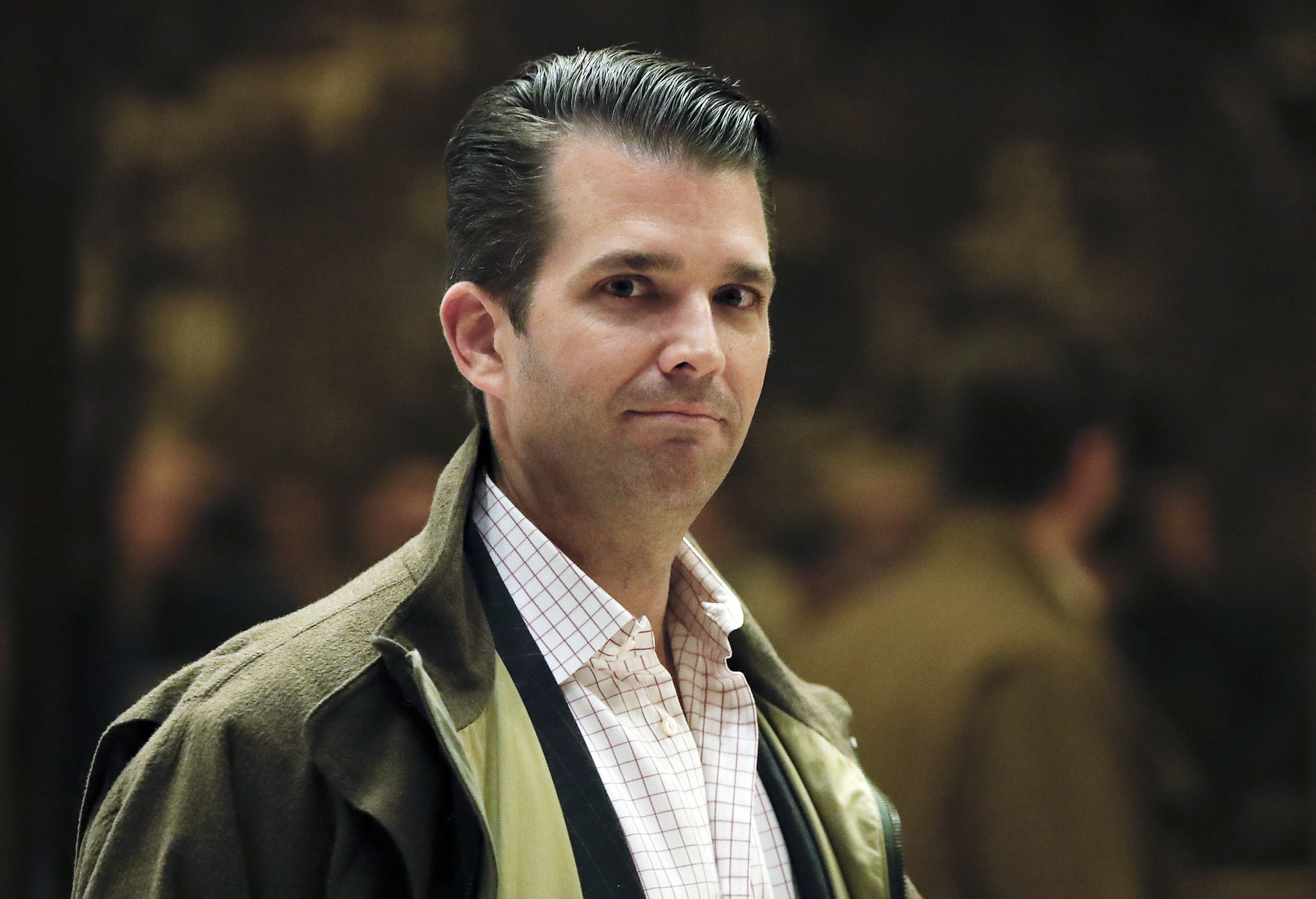 Trump Jr. tells Senate panel he did not collude with foreign governments during the campaign

Well he went for the promise of dirt and didn’t get any.

That’s like giving a hacker a pass because his hack was unsuccessful.

You have proof this 30 minute talk with an attorney constitutes collusion?

I don’t have any proof as I wasn’t in the room and I’m not part of the investigation. Food for thought below.

Fox News host Gregg Jarrett has a distinctive take on the investigation into possible links between Russia and the Trump campaign. Jarrett, a former defense attorney, said that even if the two worked together, it wasn’t illegal.

Wow, cool insight. So instead of having to prove the rather nebulous infraction of “collusion”. Mueller has to prove either spending by the russians, fraud, corruption or coercion took place. That’s more specific at least.

I believe that if Trump’s team of amateurs did commit crimes they were probably too sloppy to cover it up. I’d expect a check from the “MAGA Fraud Fund” made out directly to Putin.

Either way it’s going to be interesting.

Another interesting angle. Does the DOJ go after the Obama administration and Clinton over Uranium One? Does Trump keep this in his hip pocket and they make a back room deal to drop both sides? I can foresee a situation where the special prosecutor assigned to this case subpoenas Mueller to find out who knew what and when.

Another interesting angle. Does the DOJ go after the Obama administration and Clinton over Uranium One?

Nah. Laws don’t apply to politicians and rich people. Obama/Clinton are both.

You might be underestimating the red meat thrown to the base if they actually try to “lock her up”.

You might be underestimating the red meat thrown to the base if they actually try to “lock her up”.

Eh maybe a little. But the corresponding loss of red meat when the public is reminded that laws don’t apply to rich people and pols would REEEEEALLY gut Trump.

Imo it’s a risk he’s never going to even entertain the thought of taking, but I’ve been wrong before.

I had to read all the way to the second sentence to know when to stop:

For well over a year now, the progressive left in the Democratic Party have tried hard to sell the idea that, a) Russia meddled in our election, and, b) that it was to the detriment of Hillary Clinton. After nearly a year and a half of investigating, neither appears true.

You have a smoking gun? Please share. I hate Trump also, so show us the evidence. You’ve got one 30 minute meeting with an attorney. Everyone at that meeting testified willingly and turned over emails. Not something guilty people do.

Think his comment was more geared towards a time frame that predates the investigation into Russian collusion.

We’ve covered this ground before BG. Of course I don’t have a smoking gun and you know that.

The investigation is well underway with an entire team of top prosecutors. The author of the piece you linked states that it doesn’t appear true that “Russia meddled in our election”. That right there is an absurd statement considering what we know, and have known, for quite some time. The second statement, “that it was to the detriment of Hillary Clinton” is arguable at this point, but there’s plenty of circumstantial evidence to suggest it (see recent Facebook advertising revelations).

Regarding Jr’s meeting: his emails leading up to that meeting clearly show his willingness to accept dirt on a political opponent from a foreign adversary. So, again, to suggest there’s nothing there when you have no idea what was said in those testimonies or what documents were handed over to Mueller’s team is quite a stretch. You also assume they turned over everything. I don’t not share your faith in the Trump team being exactly forthcoming considering Kushner had over 100 errors and omissions on his SF-86 form.

It’s all in Mueller’s hands at this point and I’m fine with waiting for his findings. But to simply brush it all away as “nothing” at this point is just foolish.

Well from a political standpoint Mueller is compromised on multiple fronts. No matter what his investigation finds it’s tainted by him finding it.

Robert Mueller should recuse himself from Russia investigation

The public cannot be as sure of former FBI director Mueller's objectivity.

More names and times of donors. Donors donated before the decision. Contradicting what Hillary said. The FBI was investigating the players in the deal when it was approved by Clinton.

Hyperpartisan web sites mischaracterized a State Department cable alerting the U.S. Embassy in Russia of a transfer of criminal evidence obtained in a sting operation.

So now the story is Mueller, who was lauded by pretty much everyone on the right upon his assignment as special counsel, is biased in favor of Comey (they’re besties!), Clinton and even, potentially, the Russians?

Well, at least I know ahead of time what the Trumpers excuse will be when Mueller does find something.

FACT CHECK: Is James Comey 'Best Friends' With Robert Mueller, and Is That a...

Comey's attorney said that the two men know each other from working together but are hardly "best friends", and experts told us the relationship doesn't meet conflict of interest legal criteria.

Edit: FTR I am troubled by the revelation that is the topic of this thread.