For those of you who are not aware, the legendary Leroy Colbert, who claimed to be the first man to build 21" biceps drug free, just passed away at age 82.

While to some that claim may have been controversial and even suspect, it seems quite trivial now regardless. I admired the man and what he stood for in life (not just bodybuilding), and enjoyed his YouTube channel videos as well as his knowledge and experience relating to different eras in bodybuilding history.

It’s always sad when a participant and enthusiast of this fraternity, especially one from a bygone era that has spanned many generations, passes away and is heard from no more, but he lived an active and constructive life till the very end, and will always be remembered for his eternal love of all things bodybuilding related.

RIP big man, you will be missed.

Whether people believed his claimed measurement or not, he had one hell of a physique for his time.

So sad to hear that Leroy Colbert passed. He was quite knowledgeable in all aspects of bodybuilding. I learned a lot from his videos on YouTube.

He was one of the first BBers I knew by name as a kid (along with Arnold and Dave Draper). 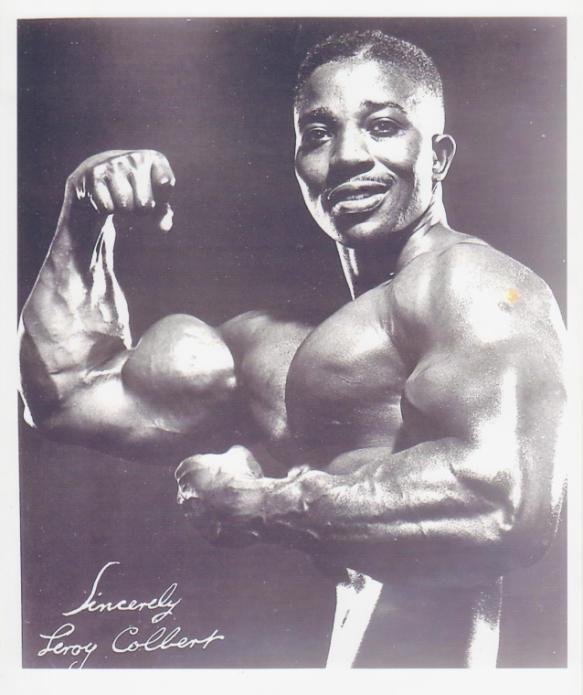 [quote]CLUNK wrote:
He was one of the first BBers I knew by name as a kid (along with Arnold and Dave Draper).

RIP Leroy.[/quote]
Yep. I remember always seeing this pic in the back of Flex mag, usually near an ad for Larry Scott’s “Loaded Guns” program.

Always sobering and a bit upsetting when a true old school guy passes.

Man I just started watching his videos a few months ago. Sad to see him go.

Saw him years ago not just a BodyBuilder but a gentleman as well. RIP

watched him for years. great guy sad to see him go so soon and unexpected, he spoke a lot of knowledge. RIP