I was trying some shoulder presses, seated with very light dumbbells and my shoulders do NOT want to go back far enough.

Could be scar tissue buildup from surgery near C-7 I guess but I think it is right rear Delts (that called anterior?).

I searched here for stretches and every link I found was dead :(.

In any case, I’m looking for recommends on stretching rear delts, traps and neck.

As stated, I’ve had multiple surgeries near C-7 and probably should’ve looked into this years ago. Oh frickin well, better late than never! Thing is I was wanting to work into doing barbell presses behind the neck. Tight as shit is up there I doubt I could hold an empty bar in position much less load one.

Thanks for advice and links would be appreciated. I’m about to search YouTube but trust t-nation for effective stuff much more.

Anterior is front, posterior is back.

Have you tried band dislocates?

How much rear delt/mid and lower trap work do you do? 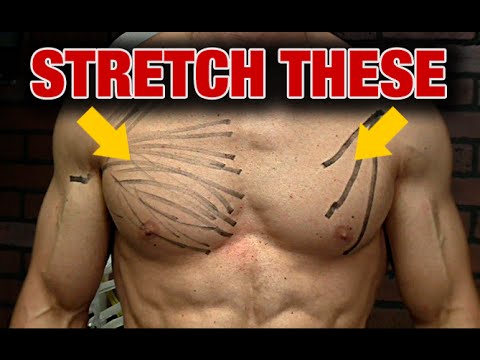 The linked video is helpful, thanks!

Ya all take care,

How far back are you trying to get your elbows when you press? You shouldn’t be holding them straight out to the sides.

I have tight shoulders and I do barbell presses with no pain or feeling like I don’t have the range of motion. Again, my elbows are not straight out to the sides when I do them.

Elbows about 60 degrees out from my chin.

I did the (stupid) smith machine behind the neck seated press yesterday and my ROM is very limited. Even with dumbbells it’s only about a 3/4 movement because my shoulders just stop near the bottom.
Am doing the stretches linked from Athlean and hope they help. I don’t doubt my pecs could easily be the issue vs the delts.

May I ask why your goal is to perform behind-the-neck presses? It’s a higher-risk activity with no increased benefit as far as I’m aware (anyone feel free to correct me if I’m wrong).

Because I read in an article here, by Christian Thibideau that behind the neck presses are “…the most effective shoulder-building exercise you can do.” (04/07/15), and I want big frickin shoulders, at least bigger than they currently are

Gotcha. Well if he says it, it’s true. Just take your time working up to them. You can’t have big frickin shoulders if you’re always injuring them and can’t actually train.