I did some hip pull throughs today at my training, and a lot of the smaller people were staring like I was raping a limbless dead whore. I don’t care about them, but I wonder: Is it really a that weird excercise? I makes my glutes/hams fire, so I wont stop doing them, but it annoys me a little that everybody at the studio looks at me as if I’m doing something really wrong.

Are you doing some exercise, or some heavy/light weights that makes people look at you as if you’ve just fallen down from Mars?

a few years i used to go to the ymca in oakly california. some guy who was working out with a BB magazine he kept near him asked me what does that do work out your nut sack ? i was kinda pissed but shrugged it off and finshed my workout. that gym got rid of it’s squat rack , so i had to find a new gym.

find a new place to lift

[quote]pinkponyz wrote:
Are you doing some exercise … that makes people look at you as if you’ve just fallen down from Mars?[/quote]

I used to lift in the student gym, and I very quickly found out who was actually clued in… the olympic weightlifter and the really big guy. What a surprise.

Sorry about the hijack, but what do pull-throughs do that RDL’s wont?

Pull-Throughs kinda suck. I only do them for a change of pace and because of the limited equipment available.

If all you have is a Power Rack and a Cable Farm, you can’t do Good-Mornings all the time so you’ll have to hit up the Pull-Throughs every now and then.

If you work out at a commercial gym, people are going to look at you weird if you train right. Shit that will freak these people out includes but is not limited to: Snatches, Cleans, Squats of all kinds, Bulgarian Split Squats, Overhead Squats, Deadlifts of all kinds, Good-Mornings of all kinds, Squats, Face Pulls, Full-Range Close-Grip Benching, Heavy Dumbbell Side Bends, Shrugs, and many other excellent exercises.

[quote]Otep wrote:
Sorry about the hijack, but what do pull-throughs do that RDL’s wont?[/quote]

They don’t put a 400 pound barbell in your hands. Part of the advantage of a pull-through is that it’s not a heavy exercise.

Ive gotten some strange looks while floor pressing, also somebody once told me that i wasnt shrugging properly when i was doing rack pulls… go figure i lift at a ballys

[quote]Otep wrote:
Sorry about the hijack, but what do pull-throughs do that RDL’s wont?[/quote]

My shoulders need a week off (because of a beginning injury due to dips), so I dont want to load heavy weights on some exercise that involves my upper body in any way this week. Then I figured pull-throughs would make a nice alternative.

Btw; sorry if I write incorrect english, I had more than I should to drink earlier this evening.

is that the lift where you take a cable and whatever attachment, usually a rope, and do like a RDL but your hands go between your legs?

ive done those before, this guy at my gym who’s into crossfit and shit showed em to me. i saw him training a client with them and im like what’a those, ghetto stiff legs?

[quote]FightingScott wrote:
Otep wrote:
Sorry about the hijack, but what do pull-throughs do that RDL’s wont?

They don’t put a 400 pound barbell in your hands. Part of the advantage of a pull-through is that it’s not a heavy exercise. [/quote]

indeed, they dont tax your lower back or any part of your back for that matter like a standard RDL would. they actually work the erectors really well but at the same time it doesnt put that stress on the joint or whatever that makes it so you cant bend over for a week.

I do them all the time to warm up my hams/glutes/low back.

Then again, I also work out at a powerlifter’s gym. No one gives me weird looks. I wouldn’t care either way.

I lift at the wellness center at my college and whenever i do pull throughs i get the weirdest looks too. It seems like everyone in the whole gym just stops their arm curls and looks at me. Oh and when i use bands the other day i was using bands and two guys by the hammer strength machine were whispering to each other staring my way so i told them that they were jump stretch bands and what they were for they still looked pretty dumbfounded after the explanation.

gym i used to work out at was open literally 24hrs… except it wasn’t a 24hr fitness some other private gym… because they don’t have the same economies of scale in those later hours people wouldn’t be there.

People look at you funny?

there’s one slender blond at my gym (YMCA) that does SLDL’s . cant help but stare .

I do believe the restraining order expires this month

and back to the pull-throughs.

I dont think they’re meant to be anything more than a light assistance movement . thats all I get outta them . I can see their value as a warm-up also…gonna do that today pre-DL

I did BB Rows while a real hottie did SLDL’s with the same barbell. Right behind the barbell, there was a bench I that I used to sit and relax in between my sets.

And oh my god, that was a heavenly view! Seeing those hams and glutes work, and her tight clothing exposing a little more too. Made me fall in love instantly

did the pull-throughs as a warm-up today . 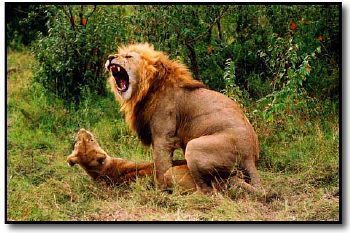