Question for the Cat Owners

How much care does a kitten need?

My brother and myself want to get a kitten, say around ten to twelve to weeks old. Weï¿½??ve had cats in the past but itï¿½??s been many years.

The only thing is that weï¿½??re both out of the house for about eleven hours a day. Should that preclude us from getting one? Weï¿½??ve got a big house with a garden so space isnï¿½??t an issue, and we will be able to give it lots of attention when we are around.

Iï¿½??m off for two weeks at the moment so if we were to get a kitten today it wouldnï¿½??t be on its own immediately.

Would it be irresponsible to get one?

The fact that you have to come here and ask is an indication that you’re not ready for that responsibility.

Having a pet means constant care. What about medical issues? Concern over an animal while you’re out, or worse on vacation is not something to take lightly. Cat owners in particular are somewhat negligent in that they often let the cat roam the neighborhood, where it may face many dangers. If you love your pet, keep it safe indoors.

A lot to think about, but much more to do when you actually own the burden of pet responsibility.

[quote]Iron Dwarf wrote:
The fact that you have to come here and ask is an indication that you’re not ready for that responsibility.
[/quote]

I disagree. Most people just buy a pet first and ask questions later.

OP: What kind of cat do you want to buy, or are you looking at getting a rescue? Different breeds have different temperaments and require differing levels of attention. Bengals, for instance, are very demanding (and smart) and will punish you if they feel neglected. It may be kinder to buy two cats rather than one; that will give them companionship during the day.

[quote]Iron Dwarf wrote:
The fact that you have to come here and ask is an indication that you’re not ready for that responsibility.

Having a pet means constant care. What about medical issues? Concern over an animal while you’re out, or worse on vacation is not something to take lightly. Cat owners in particular are somewhat negligent in that they often let the cat roam the neighborhood, where it may face many dangers. If you love your pet, keep it safe indoors.

A lot to think about, but much more to do when you actually own the burden of pet responsibility.[/quote]

lol, he knows he’s going to be gone from the house 11 hours a day and came to ask if this is going to conflict with caring for a new pet, which he didn’t get yet. Sounds responsible to me.

If the OP gets the kitten and is off for a couple of weeks, that will help. Make sure you take it to the vet and get all the necessary vaccinations. Also get it a collar and tags with pet information. Given the amount of time you are gone, make sure there’s enough fresh water and food, but don’t overfeed the cat.

Cats can be pretty destructive when you leave them alone for a long time. I once had a cat that would punish me for working long hours by pissing on personal items I left lying around. At Christmas time, I would come home every evening to find the tree-lights dragged all the way across the apartment.

And don’t forget the claws. If you like your furniture, I wouldn’t count on it staying in great shape.

I think if you know you will consistently not be home 11 (or more) hours a day, then you should not get any pet.

If you get a cat get two, left alone a single cat will destroy the house, two will play together.

I grew up with cats as pets, my family had 2-5 at all times. When I moved out of my family’s house I decided to leave my cat there because going from a 2acre yard and 3500sf house to a 800sf apartment would likely of caused the cat to go crazy from the confinement and boredom.

I currently have two cats (I’ve been living with cats for over 30 years), and I hold a job which means I’m out of the house normally 10h a day. They are flat based - not ideal, long story - but they are healthy and psychologically very very stable.

I did get two because I knew they would be alone a lot, so I got brother and sister (cats often get along better when they share a family smell). It can be a mixed blessing though, as cats sometimes turn very territorial (often when they get older) and when that happens then there may be blood. 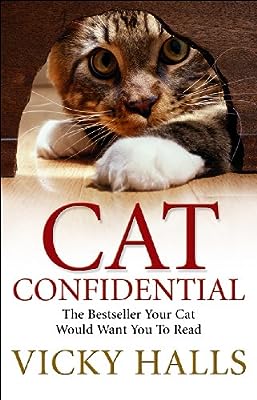 Cat Confidential: The Book Your Cat Would Want You To Read

The main point she makes is - forget cat flaps; they tend to be a horrible stressor for cats, as they do not only allow them into the house but also their feline neighbours and enemies. Cats need safe territory - and they go bananas if they have to feel threatened by anyone walking in at any time. If you’ve ever seen a territorial fight in your living room you’ll know what I mean. That means for you - while you’re away, your cats will either be inside / or outside. You’ll have to factor that into your decision.

What has worked for me:

Generally, cats can be very independent, and just because you are away and there is only one doesn’t mean they will be lonely. You may be surprised how distanced they can be when they live their lives mostly independently - or how close they can be to you and each other. They have personalities - just not human ones. I’d read the above book and make your decision then.

I wouldn’t let them outside, once they get a taste for the outdoors they will start bringing you all kinds of dead animals. I had a cat once who would bring me dead birds, dead lizards, and dead mice like they were presents. He would bring it up to me and be all like “Here! Look what I got you!”

I was cleaning the apartment up once, and I found three dead birds behind the computer. It was like he was stockpiling them for the apocalypse or something.

I still loved that cat, he was so cool. I would walk to the 7-11 late at night, about three blocks away, and he would follow me trying to be all ninja-cat about it, like scrambling up the trees and ducking under cars and stuff, it was hilarious.

And I’ll second the comment about the cat punishing you for leaving it alone for too long. My cat would start knocking things off my chest of drawers, off the desk, and off the table. I would get home and everything would be all over the floor and he would be sleeping on top of the tv, when I asked him what happened he just looked at me like “What? Just get me something to eat already.”

If you are getting a cat and expecting to be gone for long amounts of time, it would help if you got two, that way they would have someone else to play with.

Make sure you leave food around (dead mice etc) in the corners of your house to keep them from starving.

If you want a cat all you really need is bread, hot sauce, and a big microwave.

Getting two is a good idea. They can be pretty independent and seem to live a pretty happy life even if you are away. Not like dogs. The only thing you will need to worry about is feeding them, refilling their water bowls, and cleaning their litter boxes. If you install a cat door then you don’t even need to worry about the litter box.