Punicalagin for Sex, Prostate, and Immunity

This polyphenol, along with its metabolites, has properties that rival anything else we know about in the plant kingdom. Here’s the science.

Punicalagin is a type of polyphenol found in pomegranate and pomegranate juice. You might not have heard of it before, but punicalagin is a multi-talented polyphenol that’s a good friend, the biochemical equivalent of the kind of friend that you can call at 2 AM to help you either bury a body or, in this case, help you prime your reproductive system.

Here are just some of the specific ways punicalagin or its metabolites can support your goodies:

Punicalagin elevates levels of nitric oxide (NO), which relaxes the smooth muscle fibers of penile arteries so they allow more blood to flow into the penis. A double-blind crossover study with 61 male subjects found that 47% reported improved erections with pomegranate/punicalagin.

Punicalagin can raise levels of NO, which in itself opens up blood vessels, but it also appears to improve circulatory function in general through its powerful antioxidant capability. Multiple studies have shown it to enhance blood flow in general and even reverse arterial plaque growth (roto-rooter out the plaque and you automatically improve blood flow).

As a bonus, erections are all about hydraulics, and if the “hoses” (blood vessels) are strong and clear of gunk, they can provide a lot of the pressure needed to hoist your penis skywards.

3. Punicalagin blocks the conversion of testosterone to estrogen

The parent compound and its metabolite are powerful inhibitors of aromatase activity, which means they/it thwarts the conversion of testosterone into estrogen, thereby elevating testosterone levels naturally.

This elevation appears to be substantial, too. One study of men and women found that punicalagin raises levels of testosterone by an average of 24%. Punicalagin blocks conversion of testosterone to DHT. The parent compound punicalagin and its metabolites inhibit the 5-alpha reductase enzyme. This results in less testosterone being converted to DHT, thereby promoting a normal PSA level and preventing growth of the prostate (thus supporting healthy urinary flow). 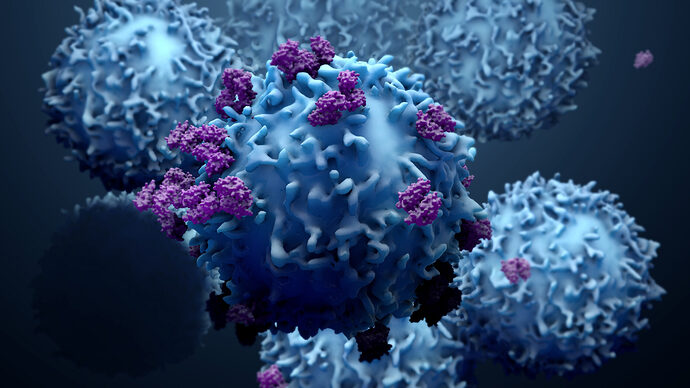 While the above list of attributes is impressive, science has lately discovered pomegranate/punicalagin to have a new ability: According to a team of German scientists, it triggers a new, constant supply of rejuvenated T cells, the immune system “bouncers” that make the rounds of the body looking for shady looking characters that are clearly intent on mischief and mayhem.

As such, they appear to play a critical role in giving the shy immune system the strength to get up and do what needs to be done.

What needs to be clarified about all this, though, is that punicalagin doesn’t do very much at all by itself. In fact, it’s not even absorbed very well by your body. However, once it makes the trek through your gastrointestinal tract, it’s converted by bacteria into a substance called ellagic acid, some of which is further metabolized into other compounds, chief among them various types of urolithin (urolithin A, B, D, etc.), all of which enter your circulation quite efficiently through the colon.

So, while pomegranate/punicalagin gets all the accolades, it’s primarily urolithin that’s got the German scientists excited. Apparently, it beefs up the immune system by promoting “mitochondrial autophagy,” which is sort of a biological version of that old movie, Logan’s Run, in that old mitochondria in T cells are “hunted down” and purged when they get old.

When these old mitochondria are purged and replaced, the cells containing them are rejuvenated, and they can continue to be a healthy, functioning member of cellular “society.”

The scholarly Frankfurters noticed, in the case of neoplasms, for instance, that the T cells designated for doing battle against them are generally suppressed, which allows them to grow uncontrollably. However, by administering punicalagin/urolithin, the mitochondria inside the T cells are recycled and renewed, allowing them to punch back hard against these neoplasms.

Not only that, but the type of T cells that formed from the urolithin intervention were “T memory cells,” the ultimate immune system warrior. What differentiates them from other types of immune system cells is that once they encounter a pathogen, they “remember” it, allowing a quicker and more potent response to that same pathogen, should it have the stones to reappear.

How Much Punicalagin/Urolithin Do I Need? Where Do I Get It?

There’s a problem with urolithin, though, and it’s age-related. As we get older, alterations in the gut microbiome lead to a limited production of urolithin – approximately half of that produced by the insufferably young.

Fortunately, the German researchers found that ingesting pomegranate/punicalagin was a viable way to introduce effective doses of urolithin to the body, where it can act synergistically with the immune system.

Your instinct might be to start chugging pomegranate juice and making the Pom Wonderful people do a happy jig. That might be a step in the right direction, but unfortunately, punicalagin is mainly present in the root, bark, and leaves of the pomegranate, none of which is used to make commercial pomegranate juice.

That’s not to say that commercial pomegranate juices don’t contain punicalagin; they do, just not much. That means the best way to augment your intake of punicalagin/ellagic acid/urolithin is to take a supplement.

Biotest was so high on punicalagin that we made it the backbone of P-Well™, our multi-functional supplement for vascular sexual health, urinary tract health, prostate support, and now, apparently, with the new research out of Germany, a powerful immune-enhancing supplement.

Each serving contains 180 mg. of punicalagin (from pomegranate), along with 30 mg. of lycopene from natural tomato extract and 500 mg. of cranberry whole fruit concentrate. Together, the ingredients of P-Well™ should make you, well, pee well, or at least pee better. The product also helps support your all-too-vulnerable prostate and possibly allows you to enjoy a better sex life by improving testosterone levels and allowing more blood to flow into the penis when aroused. It also appears to be an equally important ally to your immune system in general.

Oh, by the way, much of the above applies to women, too. While women of course don’t have prostates, the product provides many other beneficial effects to female vascular sexual health and urinary tract health, as well as providing a host of other general health benefits, none of which are gender specific.

I make pomegranate protein shakes at least every other evening. After having my prostate removed due to bladder cancer, I can confirm that morning erections are much more consistent.

Also if taken together, the benefits of Viagra are improved so that I can take half instead of a whole pill in order to reduce unpleasant side effects and increase long term safety.

Pomegranates won’t work miracles but they definitely are supportive.

After having my prostate removed due to bladder cancer, I can confirm that morning erections are much more consistent.

Can you eat just pomegranate?

Hi TC,
I’m doing well and my health is mostly back to normal.

3 years cancer free and my 5 year outlook has gone from 40% to 90%+. I suspect hyperthermia treatments for 1 month in Ft Langley BC contributed to my beating the grim odds.

Thank you for asking!

That’s f-ing great! So glad to hear it!

Can you eat just pomegranate?

You can, but there’s a higher concentration of punicaligan in the root, bark, and leaves, which nobody, outside of a few tree sloths, eat.

Similar cancer story here: Prostate cancer, prostate removed, a few months later, had to go through 3 months of radiation. Now cancer free for 2 years. I’m def going to hit the pomegranate based on your recommendation. Do you have any other tips for us fighters/survivors?

For some weird reason, I think you benefit more by not taking pomegranate every day. It seems to be more effective on alternating days or in short cycles.
I’m still experimenting and I have no clue why this would be.

ZMA also makes a noticeable difference and I can see the negative effects if I forget to take it for a few days.

It’s definitely a frustrating challenge to try to recover function after losing so much. Thankfully my girlfriend ROCKS and rolls with the limitations when they happen. No stress = better plumbing!

Considering the effect it has had upon me, I suspect that pomegranates can be a potent enhancement in healthy men who don’t suffer from erectile dysfunction.

I would urge major caution for anyone combining pomegranate with Viagra though. Taken together they are strongly synergistic and priapism is a risk. Not for me, but definitely someone with only mild dysfunction. If someone without erectile dysfunction uses Viagra, and I know many do, adding pomegranate would be a MASSIVE risk.

Seriously, don’t take the chance.
It’s not worth getting your hours long hard-on drained by a large gauge syringe in the ER, only to require Viagra (which might not work) afterwards to counter the necrosis damage.

Good points! One thing worth mentioning, though, is that pomegranate might work in men for whom Viagra and other PDE5 inhibitors DON’T work. Different mechanisms.

Interesting!
I have tried many different supplements and strategies in my quest to offset the consequences of the surgery.

For me, pomegranates have been the second best “therapy” I have found after Viagra and to a lesser extent Cialis and Levitra which are unquestionably and significantly more potent.

TC, do you have any thoughts as to why cycling may be better with pomegranates?
It seems odd to me.

I can’t find any research that corroborates that, but it may be true. Might be some sort of rate-limiting enzyme involved – one that needs to “replenish”.

Thanks, dude. Happy to hear your good news too.