I know they depended heavily on pharma companies, who got tax breaks. Tax breaks went away. They stopped teaching children English in school which was bad for business. It’s a nice island, but what is going to bring them back economically? There are pretty beaches all over the carribean. 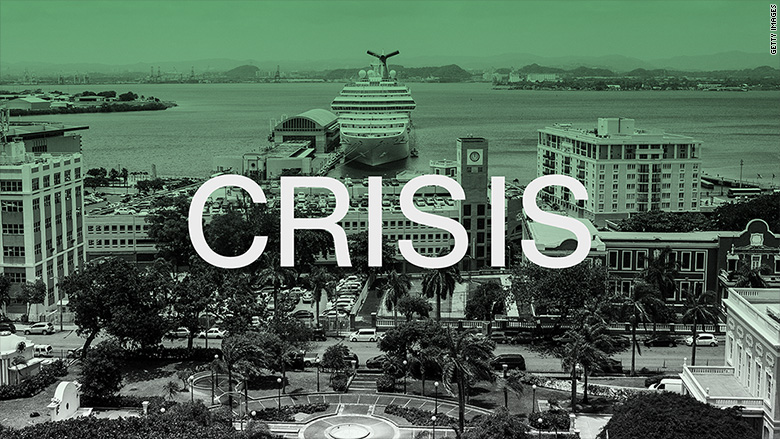 Puerto Rico has filed for bankruptcy to deal with its $73 billion debt. It would be the biggest municipal bankruptcy ever in the US.

$45B in unfunded liabilities… Hmmmm, where else could this be a problem?

I know they depended heavily on pharma companies, who got tax breaks. Tax breaks went away. They stopped teaching children English in school which was bad for business. It’s a nice island, but what is going to bring them back economically? There are pretty beaches all over the carribean.

I’d snark that they just need to cut taxes and grow their way out the debt hole because that always fixes everything…but I won’t.

In terms of a real answer, I don’t know. I just don’t see an avenue for a boom economy there. Tourism is great, but it won’t replace legitimate economic drivers.

Funny you would say that. Turns out the attraction to Puerto Rico was manufacturers were exempt from taxes from 1976-2006 if I’m reading this right (below). To cover some of the shortfalls they raised sales tax from 7.5% to 11.5%.

So yeah. They were more prosperous, with lower taxes… go figure.

"Puerto Rico ramped up its debt accumulation in response to an economic calamity Congress largely created. From 1976 to 1996, Puerto Rico’s economy grew steadily thanks largely to Section 936 of the U.S. tax code, which exempted U.S. manufacturers on the island from taxes. In 1996, the Clinton administration and Congress passed a 10-year phase-out of the exemption, but as The American Prospect noted, “Congress did not replace Section 936 with an economic development plan for Puerto Rico to offset the impact.”

Manufacturers left Puerto Rico in droves as the exemption faded away and the island’s economy has never really recovered."

Puerto Rico Is In Serious Trouble. Here's What You Need To Know.

2016 will likely bring more financial misery for the beleaguered island.

For some perspective on how huge this is.

“Puerto Rico and it’s agencies owe $73 billion to creditors, dwarfing the roughly $9 billion in bond debt owed by the city of Detroit when it entered what was previously the largest municipal bankruptcy in 2015.”

I find it weird that the news cycle doesn’t seem to care. This is a really big deal.

The island has 50% poverty and no tourist trade. Since the law expired in 2006 there’s no production there either. The US Citizens that live there can just flee the austerity to the mainland. It is going to be a ghost town.

My prediction BIG haircut for the bond investors. $.20 on the dollar… maybe.

First rule of realestate is buy when markets down. I recently tried buying in Cuba but those comi bastards wouldnt take my bribes… This looks promising… Ocean front property never goes out of style especially when you can have workers run it for pennys on the dollar… Looks like Im headed to PR in June… See you guys at the yacht club

I was actually thinking about this. One of the ideas in the 4 Hour Work Week is location arbitrage. Get an online gig earning US level wages and live in PR like a king.

Get an online gig earning US level wages and live in PR like a king.

I knew a whole slew of guys that would come up for 9 mos. per year and work, then go back to PR and a couple of the other islands and do exactly that. They’d all pile up in cheap apartments to save their per diem and usually work doubles. They’d just stack up a bunch of cash then go back and have fun. A few of the used it to strt their own businesses down there too.

We should have cut that crappy little island loose years ago.