Please this is not a joke thread, I have started…

There is a energy drink called Pussy on sale.

I had the pussy and its very nice…

This is what it contains:

Pussy is unique. It is made with a blend of fresh white grape juice from Southern Italy, pressed Mexican limes and lightly carbonated water. These are then mixed with Grenadilla and Lychee flavours, infused with six selected botanical herbs :

I wanted to know how good this is for one.
Like the nutrition it contains…Vitamins/herbs
Any truth to the vitamins/herbs in this drink??
and having one pussy during training help out??

Sorry if this thread sounds wrong but this is serious question…

I remember my first pussy.

No joke, it was delicious.

Hence, me lying about my joke…shhhh.

I tasted the pussy drink first time and indeed it taste nice, why is this stupid??

[quote]D0B wrote:
I tasted the pussy drink first time and indeed it taste nice, why is this stupid??[/quote]

The name of it and there are so many other energy drinks out that with the same desired outcome. You could have posted some other drink but no you had to post a drink called “Pussy” out of all things.

Given the fact the MTV logo is on the can, you should know it contains fluids that will indeed turn you into a whiney, lazy, and lame reality show junkie within several cans…drinker beware

[quote]D0B wrote:
Reason is no other drink has the herbs and nutriants in it so thats why not because of the name[/quote]

What specific herbs that this one has that no other energy drink has?

Most have Milk Thistle, Guarana, Ginseng, and Ginkgo Biloba…I’m reading this list off a can or Rockstar as I type. I was trying to not be blunt about it and to give you a chance to actually research on other drinks…

I’m sorry if I’m sounding like a dick right now but I am not. 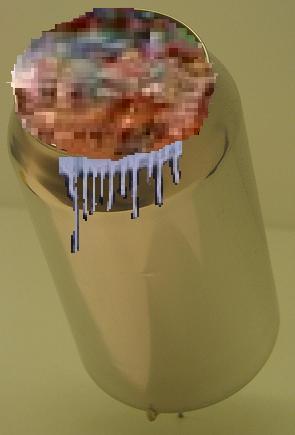 They also have a FULL THROTTLE version

Are they going to make one called “penis” next ?

I guess the Squats and Milk is outdated?

Is it now squats and pussy?

No joke, it was delicious. [/quote]

Best laugh of the day… That made me LOL for real.

[quote]Fuzzyapple wrote:
D0B wrote:
Reason is no other drink has the herbs and nutriants in it so thats why not because of the name

What specific herbs that this one has that no other energy drink has? [/quote]

So, you find a bodybuilding, strength sport website and your only 4 posts are here about a drink made pussy…
I’ve seen much better Tube Steak Boogie posts than this.

Order Spike Shooters and Spike Shotgun and then complain to Biotest after you’ve tried the lime, orange, and fruit punch that you’re not satisfied because they don’t make a pink one called pussy and there ingredients actually work, but you’d rather stick with some fu fu bs just because of it’s marketing ploy.