I recently started noticing my abs protruding especially my upper abs. I have always had a pectus excavatum, so my ribcage is pushing outward a little bit. But a few years ago when I was just starting to lift, it wasn’t as pronounced as now.
I am at a fairly low bf I’d say in a range of 9-12%. I do abs once in one or two weeks, but I go heavy (weighted hanging leg raises, ab pulldown, etc). My sodium intake has also been fairly high 2700-3000 mg on average every day since I am currently getting 3500 calories (450-500g carbs).
Is it because of the water retention from this high sodium and carb intake giving the bloated look or is there something wrong with my training? I did a quick google search on protruding abs, and anterior pelvic tilt is a possibility. But I just started looking at this so I will research it more. 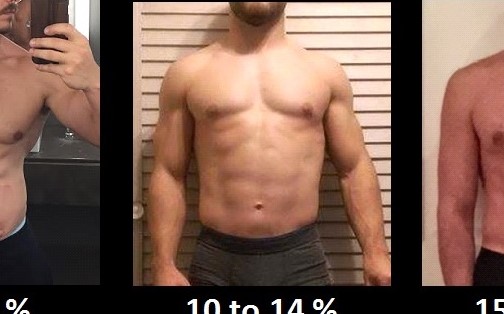 I am too shy to take a pic of it. But I found a pic online that’s similar. So basically like this guy, the upper abs seems to protrude more than the lower abs and extends past the chest.

do you think that guy would still look like that if he lost 15lbs of fat?

Fat doesn’t go on the bottom of the muscle.

Pretty sure visceral fat is under muscles.

Not sure I even understand what I’m reading but in the picture you posted, the abs don’t really “extend past the chest”. You can tell the lower line of the pecs is thicker than the abs. What I see is that his ribcage if a bit fucked up causing the abs to be shaped uneven - it’s ok, my ribcage is fucked up too as my abs are.
As a generic rule of thumb what I found to mitigate the issue is simply to pack on mass.

The part about bloating and anterior pelvic titlt doesn’t make much sense to me either. Bloating and ATP would affect the lower portion of your abs, your belly, giving you a gut. Doesn’t make your upper abs more pronounced, that I know of.

way to miss the point.

Your abs protrude because of body fat.

Cut a bunch of weight, and see how much your abs protrude.

So we now have guys with protruding upper abs and clavicles. What’s next? Anyone wanna bet?

imagine you had all the t-nation ailments:

what a sorry state of affairs that’d be

then I hope everyone is too shy to help you.

‘I am too shy for ______’ is also like the most effeminate thing a guy can say. It sounds hilarious. I can’t imagine ever uttering the phrase ‘I’m shy’, without it being in jest.

anyway, the picture of the guy you posted just looks like a guy who lifts weights. I don’t see anything unusual about it, other than his posture is a little weird. So if that’s the basis of your comparison, then you don’t have ‘protruding abs’, your posture just sucks a little.

But I don’t actually know that for sure, because you can’t take a damn picture of yourself.

What about “hey, look at my vagina”?

EDIT: actually upon further reflection, women rarely say this to me…

Yeah, I guess my posture just sucks a little. Lol what is wrong with saying ‘I am too shy for___’ if you think that if any guy says that is feminine and not confident, then you might be a simply narcissistic and sad man. Well I gave you a very similar pic, besides other members here have been very helpful as well, so case closed, and don’t want a random dude on the internet jacking off to my pic ya know.

Yeah man, packing more mass seems to be the only option. My ribcage is fucked up too. Luckily my shoulders are genetically broad. So that covers it up a bit

don’t want a random dude on the internet jacking off to my pic ya know.

What if I cut a bunch of fat and still have it? Palumboism/Lennyism?

So how did you get into that kind of conversation with an 11 years old girl? Pedophile?

It was my sister. You idiot little cunt