Hey, I looked at the series “So you think you can bench,” and studied the tips on good bench press technique.

I’m interested in utilizing it mainly because I have a secondary goal of a 300+lb bench press.

The question is, does this technique have any reall effect, positive or negative, toward bodybuilding chest development? It seems as though the technique involves a lot of arching, which seems to move the flat bench more toward a decline bench angle. I would imagine the only real effect is that the focus would move more toward the lower pecs.

The goal is a bigger bench, not nessecarilly a bigger chest.

If your main goal is a bigger chest then, IMO, flat BB benching with that technique shouldn’t be your primary focus.

I think that you can very well work towards both goals. first off, the pecs are disigned for horizontal adduction, so the BB bench press isn’t really ideal for chest development anyways. Chad Waterbury says that because of this, the standing cable chest press is the best exercise for chest development.

Since relatively light weights are used on cable press, you could start workout with bench press with more sets with hevay weight and low reps for strength and work on iso moves, where you really focus on mind/muscle connection and time under tension after that. good luck on your goals

FWIW I currently have the same goals. I usually don’t give advice, plenty of strong people up here to do that. But considering we’re both looking for a three plate bench I might as well share what I’m doing.

I switched my benching technique to the one you mentioned for a little while now. IMO I think its great, just cause I constantly hurt my shoulders the way I did it before. My recommendation is that if the technique that you are using is working for you then don’t change it, unless you’re one of the guys that does the quarter rep bench for bro points, which I’m going to assume you’re not. 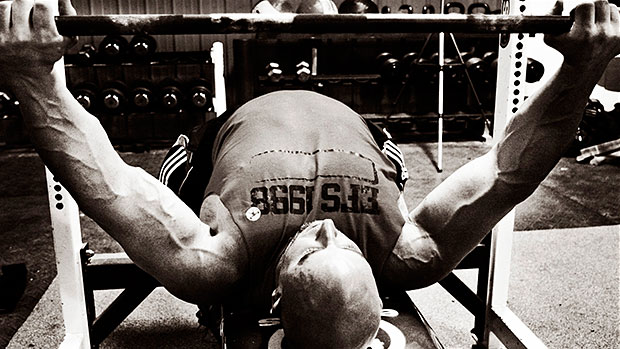 Want to break records on the bench press? Ignore stupid rules and follow these twelve steps instead.

Thanks, that was very helpful.

[quote]LiquidMercury wrote:
You don’t see many people with a big bench with a small chest…[/quote]
AMEN

As others have said, with a big bench will come developed chest/triceps/delts.

If chest development is your focus, choose assistance exercises accordingly.