Monster lifters from all over the world are heading to Australia to compete in Big Dogs 3 on the 14th Oct 1om local time for one of the biggest prize pools in powerlifting with $50,000 total on the line (split 1st - 22k, 2nd - 12k etc.)

No wilks and no weight classes. Biggest total takes home the prize.

Competing on the day are the likes of Eric Lilliebridge, Andrey Malanichev (No.1 Highest Total All Time), Petr Petras (Tied No. 2 highest total), Shawn Doyle, Daniel Bell, Odell Manuel, Brandon Allen and others.

Malanichev is always a favourite but having recently turned in a poor performance, at least by his lofty standards at the WRP World Powerlifting Championships, its hard to know what to expect.

WRP World Championships in Russia sees Malanichev compete in the lead up to Pro Raw Big Dogs 3 in Australia where a prize pool of 50k awaits with the biggest total of the day taking home 20k + in cash. Given he may be mid prep for the latter or saving something for the more financially rewarding meet it may not come as a surprise that his peformance was a bit less than we’ve come to expect from the ATWR raw total record holder especially on squats. 450/240/370

Eric Lilliebridge is smashing big numbers in training and for the first time in a while has had an injury free prep so we can expect to see the 140/308er compete with the SHWs and beat them. 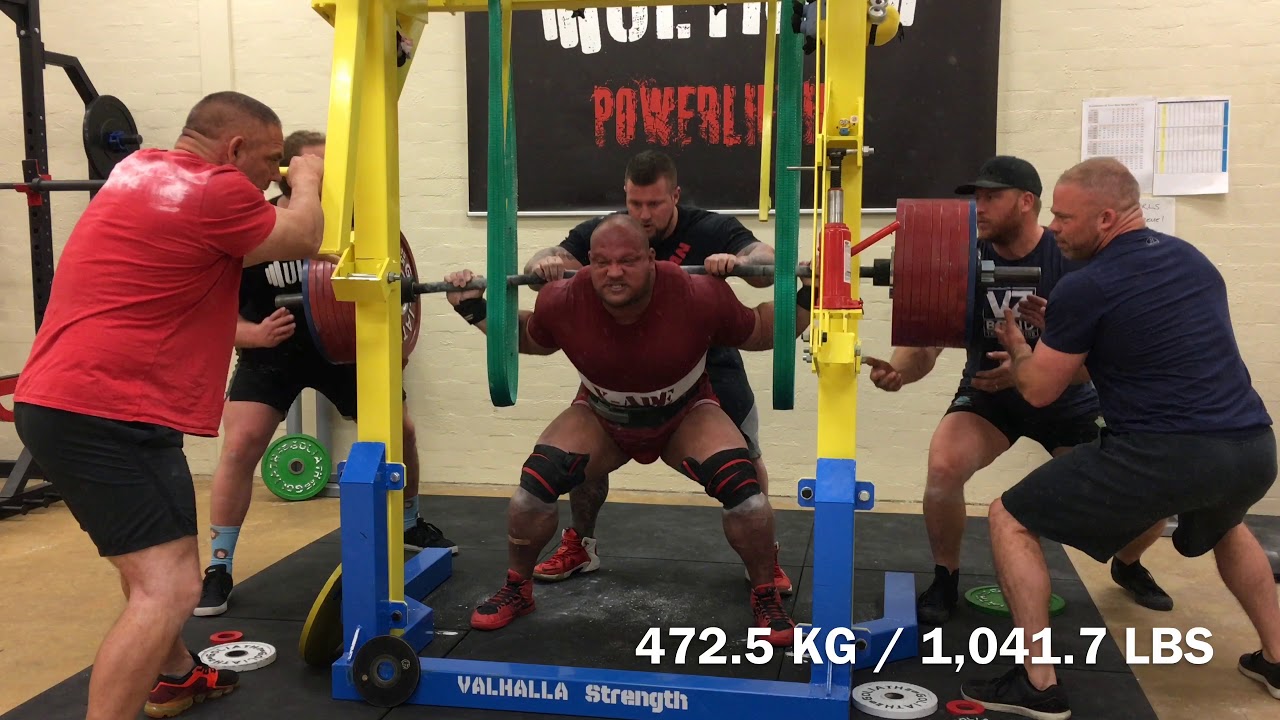 Petras is a less known name abroad despite having the tied 2nd highest total of all time. That was years ago tho so if he has been training since there’s no telling where he’ll be at. In the past issues with flying and not speaking any English but this time around he is able to come down to Oz and fight it out with the Big Dogs.

I can’t call the winner with any confidence (Malanichev because I’m a fan) but it’ll make for great viewing via livestream at http://proraw.pl/

Eric can win it

Every fed has its own world records, ATWR means regardless of federation.

He pulled out. Said he isn’t recovered fully from surgery, but will compete at Reebok Record Breakers. Andy Huang and Brandon Allen have a podcast with him from a few weeks ago

Eric’s going well as far as I’m aware. I train at the gym he trains at and Jake (owner, trains with Eric) said he’s had the best prep he’s had. With Andrey out as far as I’m aware (hope I’m wrong though) I’m saying podium will be Odell Manuel, Shawn Doyle and Eric. Last two Big Dogs would suggest Shawn could be a favourite as he’s come second both times. Odell’s no slouch either. He knows how to win. If Eric goes nine for nine he’ll be hard to beat.

I’d say Petr is a wildcard. He’s never had to compete with guys every bit as strong as he is I don’t think, so how he reacts to that situation is going to be a big factor.

If Andrey does come, then he’ll come in as a favourite IMO. He had a shit day last time and still win. I’d stand by second and third place being between Odell, Shawn and Eric though.

They’re looking to make money eventually. I think first one they made a loss, second broke even.

A bit over an hour out from Big Dogs 3

Well, I was one third right: Odell got a podium, coming second. Surprised Shawn Doyle only made fifth.

All credit to Petr, he obviously does well with real competition.

I also hate to say it, the results don’t do Eric any favours. He’s been dogged by the reputation that he doesn’t travel well, and maybe he bought into that because he’s had his whole prep in Canberra this time (ok, his fiancee living here probably has something to do with it, but either way he hasn’t had to really travel. I’m guessing he flew to Melbourne, which is about an hour. If he drove, it’s seven hours). Arguably this time he was a favourite to win, with Malan out and having had a great prep and not to mention he’s improved with each outing (he came third at Big Dogs 2, along with two others. He bombed at Big Dogs 1 if I remember). His prep total was 1129 kg, and he was 20ish kg below his prep bests for squat and DL. Either he’s really unlucky or he’s missing something.

Petr proposing to his girl though.

Who won in the end? I can’t find the results.

Eric’s training partners are starting to post, Eric hasn’t yet. What I’m getting so far is that he was injury free during the whole prep, and that he went 6/9. No mention of injury in meet, just that things didn’t pan out as they had hoped.