“Companies will only have to pay it if their CEO makes more than 100 times more than their median worker pay.”

“The new surtax will apply to about 550 publicly traded companies that do business in Portland and pay the city’s business income tax, according to the city Revenue Division.”

What does do business in Portland mean? How would Intel qualify for example?

Also if you think Novick is bad, read about his replacement

All proceeds go to boutique cupcake companies and independent micro-brewers.

Is it just salary or total compensation? If it’s straight salary they’ll just bump the CEOs bonus and/or stock options up.

What does do business in Portland mean?

I haven’t had time, nor easily found the definition. If, for example, their components sold it PDX, then they would be. Their offices are located just outside the city of Portland.

Is it just salary or total compensation

I haven’t found an answer to this.

Initially that seems like the logical thing to do, but how does that effect taxes for other jurisdictions?

Initially that seems like the logical thing to do, but how does that effect taxes for other jurisdictions?

I’m not following. A bonus is treated the same way salary is treated in the eyes of the IRS. Each state is different. Stock options are capital gains, which is potentially better for a CEO anyway.

An inequality tax is fucking retarded on its face. What does Portland think it is going to get out of this?

I’m not sure business’ will care:

This will also do zero to fix the problem of income inequality, its just an extra tax. No large national or multinational company is going to adjust CEO pay to avoid a tiny tax increase in 1 city even if they were right on the borderline of the pay ratio.

What’s also funny is business will probably adjust this tax into their pricing, so when the city buys directly from them at a slightly higher price they will still brag about the extra tax revenue. But really the tax revenue is canceled out by the new price.

Raise prices or pull out of Portland.

Fuck these people are stupid.

Crazy that an unpaid, lame duck, elected official can have the power to pass such a shitty bill.

I’m afraid to see. Are you in Oregon too?

I’m not sure business’ will care:

Maybe not, that’s surprisingly less than I expected.

What a shitty precedent this sets.

Yes but not Portland so this stuff is fun to watch but doesn’t affect me much. 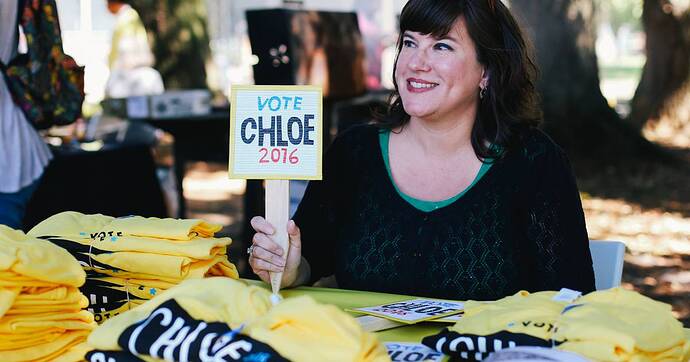 Chloe Eudaly, who finished second in a field of 10 candidates in May with 15 percent of the vote, has already advanced further than any Portland insurgent candidate since a bartender named Bud Clark sought to become mayor—and did. What’s more, her...

Yes but not Portland so this stuff is fun to watch but doesn’t affect me much.

I’m not either, I was just born and raised there. I’m in the valley now.

She’s a shit show, but her shits trendy so the smell is overlooked.

The fact of the matter is historically speaking highest level managers and executives had salaries that were much lower multiples of their employees salaries than today. This does not mean they were paid less, it means that the average worker was compensated better for their labor. I think limiting the salaries is a decent start but we really need to raise wages for the average American across all fields, not just the lowest paying.

This is a very long research article every American should read: 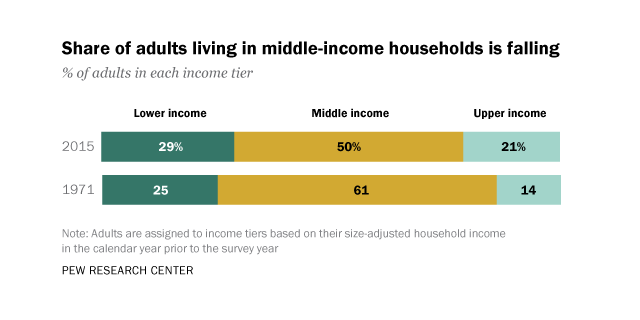 After more than four decades of serving as the nation's economic majority, the U.S. middle class is now matched in size by those in the economic tiers above and below it.

But more important, I wish the average American would wake up and realize that they are getting screwed, that we don’t live in a free market, and you are probably making half of what you should be.

. I think limiting the salaries is a decent start

I think limiting the salaries is a decent start

Please re-read this and show me where they are limiting salaries.

I think limiting the salaries is a decent start

Please re-read this and show me where they are limiting salaries.

I’m pretty sure he means it would be a good start to limit the salaries of CEOs and other high level executives. Not that this is occurring now.

You could cut McDonald’s CEOs salary to $0 and it would raise all 90k minimum wage workers a whopping $.04/hour and the rest of their workers $0.