Political Ideologies and Their Effect on Society

I wouldn’t mind discussing this further but as you can see I do not post much anymore, especially in PWI, because I can’t commit to threads and that winds up with me appearing as if I’m ignoring someone replying to me.

I like all posters you tagged here because they’re smart, friendly, and civil. Unfortunately I don’t like posting here much anymore because of some posters’ seeming obsession with racism, women, Nazism, homophobia, Hitler, misogyny, Islam, China, and Russia. That, and I believe there are actually a few sadists and control freaks on here.

Would you like to talk about various political ideologies and eventual societal outcomes mediated from said socio-political constructs? We can set ground rules as to what is acceptable and unacceptable conduct prior to initiating discourse. To note, we aren’t referring to a utopian deal, we are referring too political constructs and outlooks based upon real world principles and scenarios… unless you’d prefer to discuss frameworks surrounding a “utopian” ideal, but such a discussion would be within the realm of fantasy as all variables within society would have to be perfect (no crime, no poverty, no psychopathic individuals etc). Your choice

Others we can tag to see if they’re interested.

I think you posted that in the wrong thread mate.

As I’ve said several times, man has two options, politically speaking, monarchy or oligarchy. I’m not the one who first thought this, obviously!

Democracy is a scam and illusion. So, as I’ve said many times, I’ll take monarchy.

I voted once once in my life, and that was on a whim. My then girlfriend, now my wife, came over and said, “come on, let’s go vote,” and I did. But I’m never voting again.

I am off from work starting today and all of next week for a “staycation”. So I might chime in here again. If someone mentions Islam, misogyny, Nazism, racism, or Hitler to me, I’m gone.

I’d post it in my war on drugs thread

Self-hijacking a thread isn’t a thing. The topic is much more broad than just drugs, so it’s more appropriate as a standalone thread.

, make a margarita, they’re associated with vacations! They’re really disgusting, they taste like salt… I’ve only ever had one…

Thanks. I’m likely going to see my actual real-life T-Nation buddies who I haven’t met up with in a long time.

Anti-semitism has existed in monarchies, ones that you know of. Even in America Ulysses Grant attempted to expel Jews from the South, if I remember correctly.

Anti-semitism has existed in monarchies

To hate me because I’m Jewish before even getting to know me? That’s ridiculous

Is that more ridiculous than hating or thinking less of someone for their skin color?

I can expand on this, but I won’t here. I won’t be talking about anti-Semitism in detail.

I don’t think there will be any substantially new ideologies, that can be thought up that will come to save the day for all. Just the same old, same old with a fresh coat of paint to make us think they are something new. eg communist authoritarianism, Whatever it will be the trend will be authoritarianism.
Of course new generations that haven’t been exposed to the old ideas will think these “new ideas” as worthy to be tried, oblivious to the lessons of history. History even today is rarely learnt. Couple that with the Orwellian style cancelling of events and individuals and the rewriting of history, and technology that allows constant surveillance, tracking and predictive AI, it virtually ensures a 1984 type future.

Remain on topic, no gaslighting by bringing up say… China and calling me a Communist if I bring up the benefits of universal healthcare etc

China has no universal healthcare, comrade. That’s a decadent Western thing where degenerates who don’t want to contribute to society become celebrated bums. Let the scales fall from your eyes.

I’m not even really joking lol. When loosely translated, this is the kind of shit you’d expect to read in some editorials in certain State owned media. That’s what real socialism was like in China with regards to ideology. @anna_5588

P.S You forgot to tag @loppar .

Couple that with the Orwellian style cancelling of events and individuals and the rewriting of history, and technology that allows constant surveillance, tracking and predictive AI, it virtually ensures a 1984 type future.

Orwell was writing about the present, that is, his present. Which is also our present. It’s been 1984 for a few thousand years.

The fear of tech when it comes to things like these isn’t unfounded, though. It’ll only get more pervasive in the future, if only because we choose to give up privacy for convenience.

He was informed by his present and the past, but he was predicting the future. His vision whilst heavily based on communism/fascism, was not fully possible in the 1950’s due to available technology. That’s why it was set in his future.Our current technology is far and above much more pernicious than 1984.It was his warning to stay vigilant, and act before it is too late. It has made a perfect manual for those in power on how to create a contemporary version of the authoritarian state.with the potential to be more comprehensive than any previous system…

I get your point. Its about power and how those who are in it exercise it. Its always been that way to some extent, somewhere in the world, for the history of mankind… It was easier to revolt in the past(still likely to lose) because the technology wasn’t as all pervasive, or omnipresent.

Of course new generations that haven’t been exposed to the old ideas will think these “new ideas” as worthy to be tried, oblivious to the lessons of history

Or they just shelve and ignore the negative connotations associated with socialist/communist authoritarianism. I can’t help but think those who push these ideological concepts to the youth are partly to blame. Prior to real world exposure, many radical concepts (each to their own ability etc) fundamentally sound like a good idea… money is used to acquire excess materialistic possessions and I believe this aspect of society is bursensome. Enforce the notion these beliefs are fantastic ideas by leaving out say… Joseph Stalin killing millions through famine and the notion “this is a good idea” will be further reinforced

If you want to have a discussion over socialism or communism, do so by presenting factual, unbiased information. Even unbiased narratives paint a pretty grim, barbaric portrait of policy enactments within those communities.

it’s just when practically applied the framework is horrifically abused because it is uniquely prone to abuse by those who hold power over the masses.

Thanks. I’m likely going to see my actual real-life T-Nation buddies who I haven’t met up with in a long time

Good to have breaks like this during perilous, uncertain times. 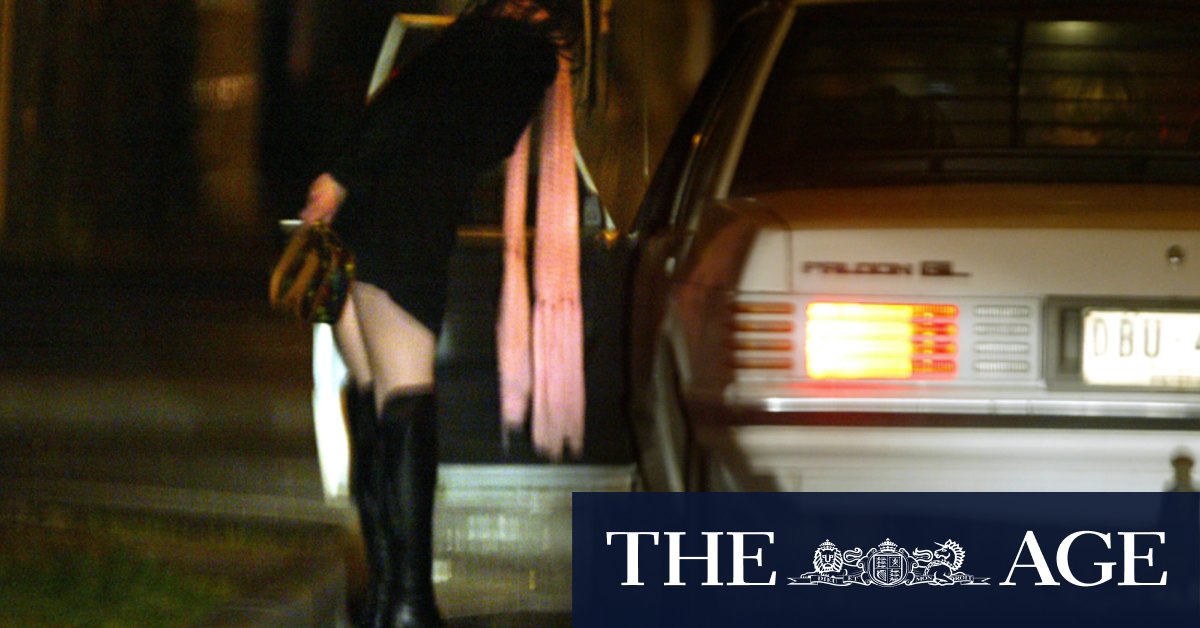 The Andrews government has announced a two-year legislative overhaul, starting with the removal of offences and criminal penalties for consensual sex work.

Prostitution is already legal in Aus, and the framework by which it’s legal under now seems to make more sense than this. In Aus, street hooking is illegal, the exchange of selling sex for money however isn’t… So long as strict criteria are met

Escorts need a license from the government, they’re subjected to rigorous health checks and sexual intercourse must be conducted with protection. The other avenue is licensed, government regulated brothels that are subject to check-ups, scrutiny. This is kept out of eye from the general public, and it works

Not to say the industry isn’t a seedy, rather exploitative one that takes advantage of young, vulnerable women. But within this paradigm since sex work was legalised decades ago pimping has fallen out of the picture, rates of sexual violence, battery etc has drastically fallen, as has STD transmission. It has also reduced incarceration rates

Street prostitution… Now why do we need to legalise that? But at the same time this government quashed an inquiry that recommended decriminalizing minor pot possession. I can’t for the life of me figure out why this is a good idea. It opens up a paradigm associated with pimping, it’s also not exactly “child friendly”… Then again the entire CBD after dark prior to covid wasn’t exactly child friendly.

They ought to set up red light districts like NSW did in king’s Cross (though king’s Cross is no more), wall of the region’s to which this kind of stuff is allowed if it’s going to be in public view.

The only reason I’m on the fence about this is… If in the rare instance a girl is pimped, and caught soliticing on the street I don’t think she ought to be punished… It’s the person trafficking the girl who needs to be heinously punished

Should note decrim here generally = removal of all penalties associated with the act. Not replacing a criminal penalty with a civil one.

If Vic is going to do this they ought to follow NSW’s motto of opening red light districts that don’t extend out of the bounds by which they’re confined too.

Much of the industry bypasses regulatory measures now… But not to the extent of street hooking. I asked around about this a while back, the rule is private escorts theoretically aren’t allowed to host customers at a property of their choosing… But they do… So why not just decriminalize that?

Imo the goal should be to reduce harm associated with the industry (sexual violence, trafficking, exploitation) whilst simultaneously discouraging recruitment. Those who with to make an independently formed decision and enter the sex industry ought to be able to, but it shouldn’t be encouraged. A lot of people tend to start working in this industry to pay off university tuition and avoid crippling debt. You can work elsewhere, but the money doesn’t compare.

Let me see if I understand since every country has different approaches to the sex trade.

Brothels and similar establishments which are easy to monitor and regulate are legal while street walking wasn’t because of the difficulty of doing these?