American civil rights groups have filed a lawsuit against the Pentagon for refusing to release records of sex crimes occurring within the United States military.

The plaintiffs, including the American Civil Liberties Union, the Service Women’s Action Network, and Yale Law School students, are seeking access to the records through a district court in New Haven, Connecticut.

The groups say official records of rape, sexual assault and sexual harassment in the military are needed to determine the extent of the problem and what has been done to address it.

They have also underlined the fact that withholding the documents is against the Freedom of Information Act.

The departments of Defense and Veterans Affairs are yet to comment on the lawsuit, which was filed against them on Monday.

According to the case, tens of thousands of service members have reported some sort of sexual assault or trauma in the past decade.

It underlines that about 80 percent of unwanted or threatening sexual acts are not reported.

The lawsuit also says the government only prosecutes eight percent of sex offenders in the military.

In the 2009 fiscal year, a Pentagon report showed an 11 percent increase in sexual assaults in the military over the previous year.

The shocking survey also said that one in every three women report being sexually assaulted during their service in the US military.

This means that women, who join the military to help fight in Iraq and Afghanistan, are more likely to be raped by a fellow American soldier than they are of getting killed by enemy fire.

This is while sexual abuse is believed to be the primary cause of post traumatic stress disorder among female service members.

Many say the US-led wars in Iraq and Afghanistan have raised the demand for additional military personnel, and that is why people with criminal backgrounds, who were turned away ten years ago, are now among the ranks of the US military.

“Putting these types of individuals into situations â?¦ where they are confronted with an opportunity to do things of a criminal nature, it should not surprise anyone that a much higher percentage of these types of things are going to go on,” former US Senate candidate, Mark Dankof, told Press TV on Monday.

However, even though President Barack Obama’s administration is quite aware of the problem of sexual assault in the US military, it has been very slow in addressing the issue, and has only asked US Congress to advance additional funds for more prevention programs.

This means that women, who join the military to help fight in Iraq and Afghanistan, are more likely to be raped by a fellow American soldier than they are of getting killed by enemy fire.
[/quote]

It is amazing how low the fatalities are. 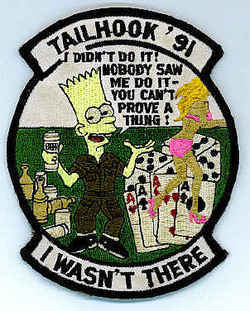 what is really sad about this article is that it is an improvement over what was happening pre-2000’s. Tailhook anyone?