OVT Before and After Pic's 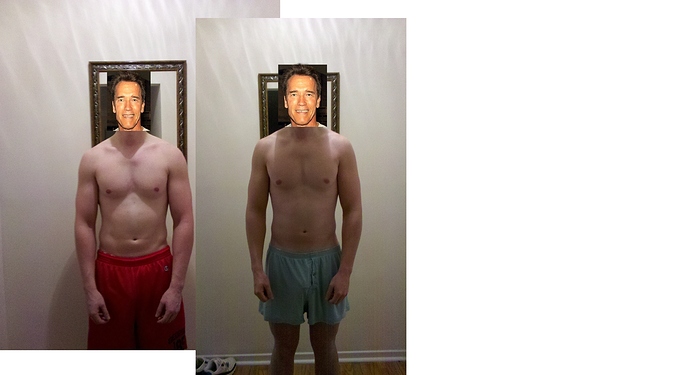 4768×2592 1.73 MB
The first pic was taken about 2/3’s the way of the first block of OVT and the second pic was taken about 2/3 the way through the second block of OVT. I did take a break after the first block and only worked out twice for one week with a full body workout. My thoughts of OVT. Before I started I weighed 195. I now weight around 185. I cut fat and gained lean muscle. My supp’s are NO-Xplode and ON Classic Whey. My strength increased on everything except bench. I rarely did any form of cardio and if I did, it did not last longer than 5-10 minutes. I did not workout abs. Before i did the OVT training I did the Train like an athlete look like a bodybuilder and felt pretty good about it. I did an entire cycle of it. I did, however, workout abs with that. My nutrition was not up to par for gaining size. However, I feel it is a good program for getting lean. For some reason in the pic’s the first pic is much larger than the comparison pic. I tried to fix it but it is what it is.
Mentzer87 March 8, 2012, 1:39am #2 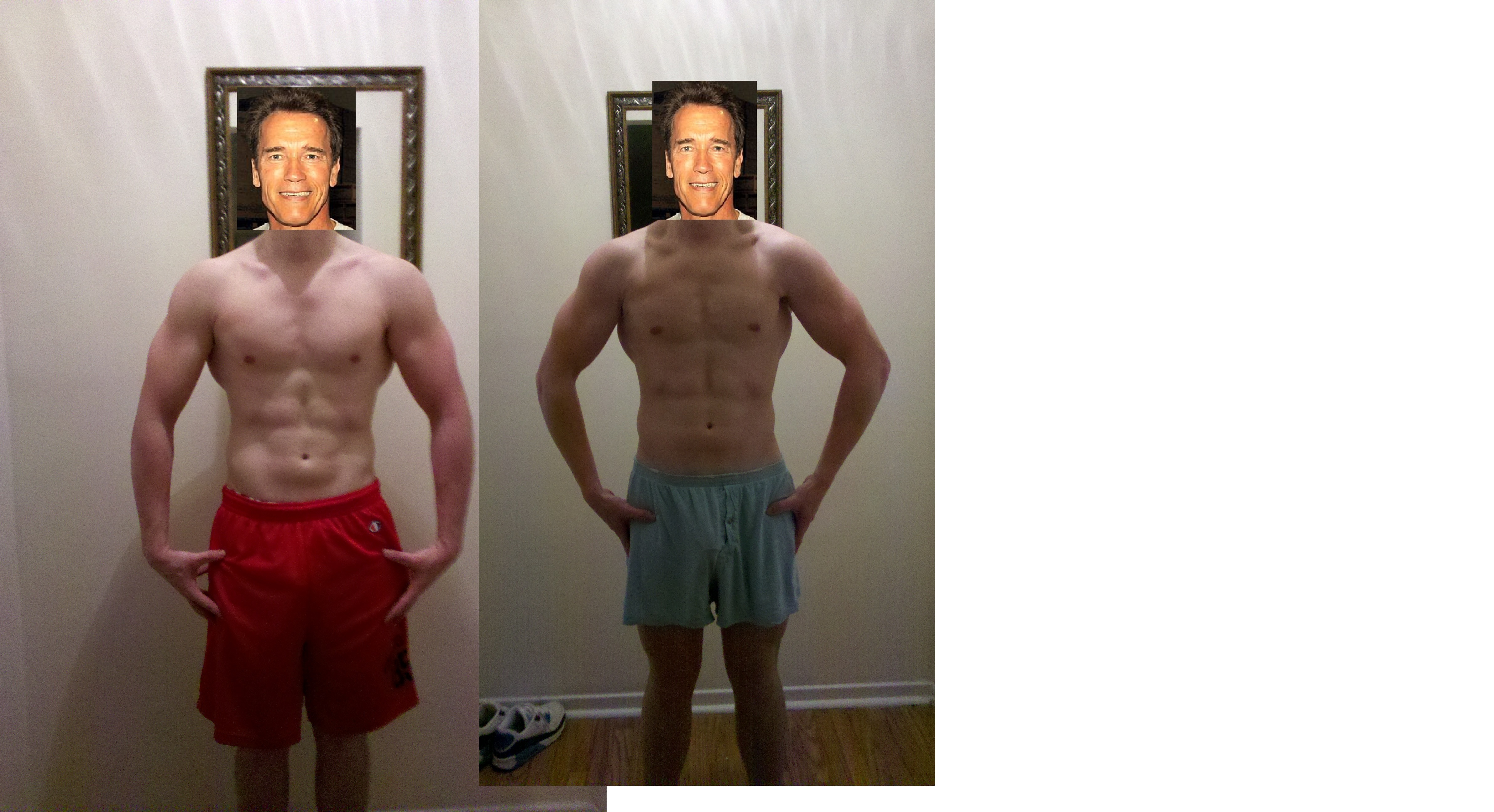 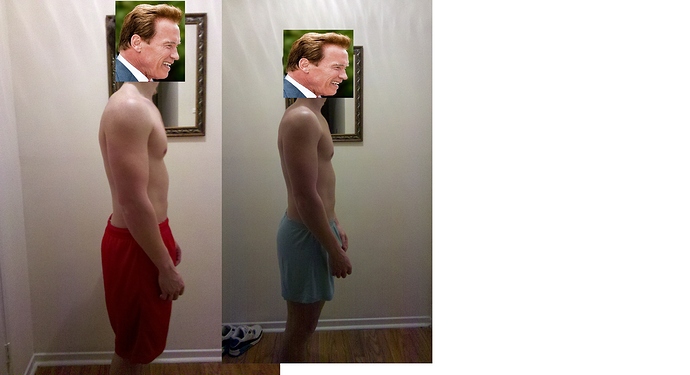 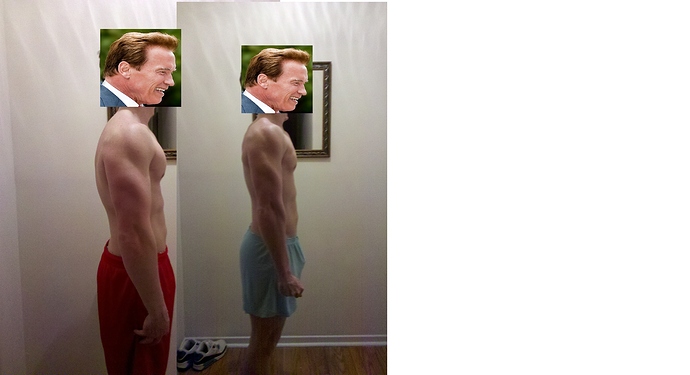 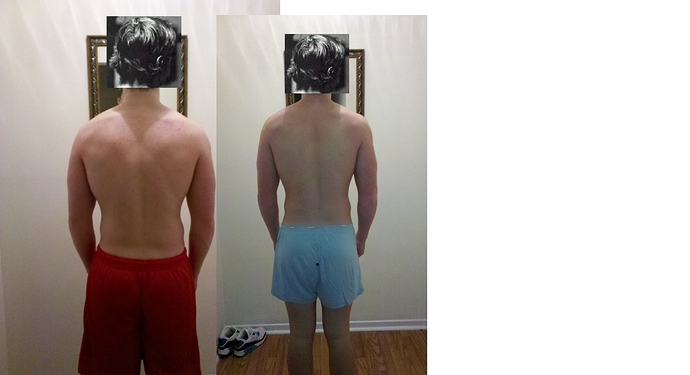 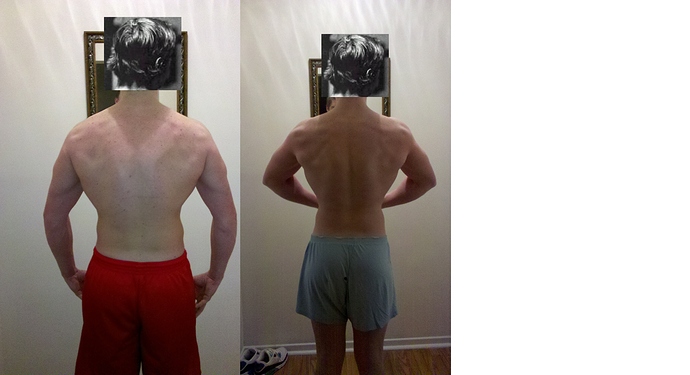 I hope the new ones are on the left?

ya man… i’m a bit confused, i don’t see a huge difference to be honest, especially since poses/lighting are not uniform.

[quote]Rocky2 wrote:
I hope the new ones are on the left?
[/quote]

The before pics looked better.

And did anyone ever tell you how much you resemble Arnold? What a thing to live up to!

WHATS OVT SO i KNOW NEVER TO DO IT…

Lightings a fair bit different, but I still would say the left pics you look bigger.

Is OVT some kind of spray-on tan? 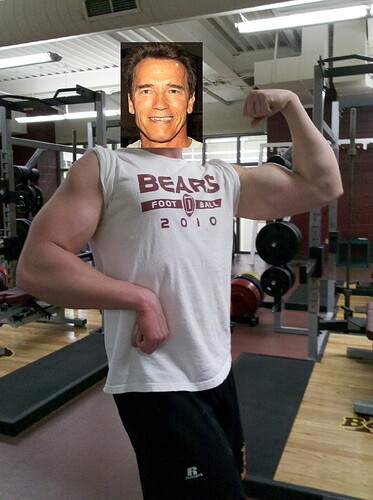 1936×2592 1.35 MB
Haha yeah I screwed up with the after pic’s which is the one on the RIGHT! LOL. Not much difference eh? I was going for something different. I liked the workouts alot. OVT stands for Optimized Volume Training. It was created by one of the authors on this site Christian Thib’s. If you are more interested in exactly what it is type OVT into the search bar at the top and I believe it is the very first article. I liked his results so I tried it out. I worked my butt off but did absolutely nothing in terms of nutrition… Thanks for the compliment of Arnold. I have somewhat of a side biceps shot i’ll throw in at the end of the third week’s arm day. If anyone has anymore questions or positive criticism I am all ears.
Mentzer87 March 9, 2012, 12:56am #18

I also believe I see another problem with the pictures… The first looks like it had the flash on and the after pic doesn’t. Dang, should’ve remembered that at least.

You look about the same.

You lost 10lbs. It doesn’t look like you gained any muscle.

Just a heads up, but 10lbs weight changes are barely noticeable to ANYONE unless specifically losing 10lbs of body fat (because that can have a very drastic changed look as opposed to losing 10lbs of both muscle and fat).

I recommend training more like the guy whose head you stole.

So the before pic is on the left or right?