I am very interested in so-called old-school Training - guys like Schwarzenegger, Ferrigno, Gironda, Oliva, Scott, Reeves, Nubret, etc.
Unfortunately various sources give different pieces of information. What do you know about those guys’ training?

If I am informed correctly, Arnold Schwarzegger trained six days a week, sometimes twice a day for about 2 to 4 hours a day, each bodypart twice or three times per week - very high volume and lots of sets to posivie muscle failure.

Ferrigno trained in similar fashion as Arnold did.
Gironda, though, said everything above an hour a day for six days a week is overtraining.

What do you think and know about those times?

Thanks, girls and guys!

Anybody who’s willing to claim that more than 1 hour of training per day is too much, without weighing exactly what that hour consisted of, is an aloof idiot in my opinion.

You should consider the fact that all of those old fashioned lifters had a regular Testosterone and Dianabol cocktail with their daily routine.

I’m pretty familiar with Gironda’s training and for the most part he trained people on a three way split done six days a week. Something like
Day 1,4
Chest Back Shoulders

His philosophies were basically to create the illusion of width amongst people for that classic old school bodybuilder look. Never mass for mass sakes, only muscle exactly where he wanted it. Lots of very odd and interesting slight tweaks on exercises to put the stress where he wanted. Also liked to train very fast, 30 seconds or less rest on most programs is what he advised. Larry Scott is easily his most famous student but had some differences…

I typed up a pretty detailed reponse on how Larry trained, but basically he used the same movements he felt worked for him all the time, preacher curl tri sets, close grip presses superseted with a overhead cable extension(great movement) arching dumbbell presses and lateral raises, neck presses and wide grip dips etc and constatnly worked on getting stronger on them. Also trained much slower than Gironda preached.

Don’t get too excited. Those guys had awesome genetics, and to keep up that much training would require steroids. 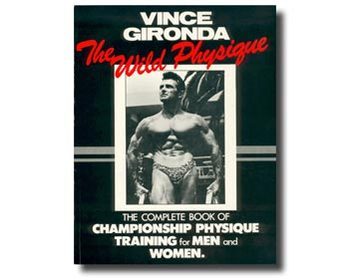 [quote]Contrl wrote:
Anybody who’s willing to claim that more than 1 hour of training per day is too much, without weighing exactly what that hour consisted of, is an aloof idiot in my opinion.
[/quote]

After 1 hour of Vince’s training and you will be over worked.
He advocated very high intensity, short rest between sets and the use of rather strict form with high weight…

I have both training manuals from Larry Scott “Sharing The Secrets,Training Reports” and Vince Gironda “The Wild Physique” both are most helpful…

Be warned though don’t drink too much of the OLD school kool-aid. Much is very helpful and sadly forgotten but some of it is contradictive and confusing…