I have been on this site for many years and thought that I would create a training log to get some feedback/motivation. I took some time off from lifting for several bad excuses and I have been doing 5-3-1 for a little while now. I started with my maxs being very moderate at best.

I have lost some muscle mass and fat, down to 250 from 275. I have some old shoulder/knee issues that bother me from time to time but no structural damage, just years of use. Any suggestions are welcome.

I did not have much time due to make-up baseball game tonight, just stuck to the 5-3-1 lift.

Had enough time to get a better workout tonight. 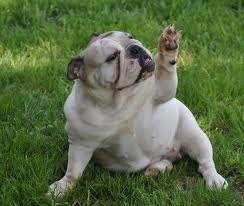 Welcome to the not totally over the hill crew.

315 BP is a pretty impressive number to start at after a long break. I am envious.

What were you doing before the hiatus? I’m guessing a lot of years in sports and/or lifting?

For a while I was hard at it, too hard I think and was getting nagging strains and such that I had hell recovering from. 5-3-1 works much better for me as it paces my progress. I coach football and baseball at the HS level in Texas, hard to stay on track during football season. I am an old ranch raised Oklahoma kid who has always been country strong, just trying to stay that way.

Whereabouts in Texas? I used to live in Dallas.

I live in Allen.

Cool! Ever make it down to Metroflex in Arlington where Ronnie you-know-who trains?

I used to train in a nice place in Addison called The Gym - no, really, that’s its name. Corner of Trinity Mills and Midway, I believe. They have some fairly hardcore guys train there.

I usually work out at my school’s indoor facility, nice and quiet.

I managed to get my squat workout squeezed inbetween home depot trip and our baseball game this afternoon.

I increased the weights a little on the earlier sets to speed up changing of weights. Knocked it out in 18 min.

Looks like you are starting out pretty good for being off for a while.

You just doing straight 5/3/1 for strenth in the powerlifting movements?

I’m considering a switch to it soon with the BBB version. I’m still debating but have 2 weeks to decide.

I really like the fat gripz, adds something different to the lift.

I normally do the BBB version of 5-3-1 but during football and baseball season when i am the most busy, i often have to stick to the plain 5-3-1 lift due to time and energy. Give the BBB a try, it’s good stuff!

Nice work in here 37, good to see you posting and definitely nothing wrong with being an Oklahoma raised ranch kid. Just started my first 5/3/1 4 weeks ago and so far, liking it a lot.

Good work on the OHP’s

4/3
Another good workout. Had baseball game scheduled but storms pushed that to later in the week.

I wanted to do something different with the BBB so…

Not bad for a workout that came after fishing and honey do’s.