Welp, this is what we have been warning about…Now obama wants to judge how much you get paid…This isn’t for bail out recipients this is for the whole of private bank industry, first. If I were a republican politician I’d be all over this like stink on shit. This should and hopefully will go the the high court. Two words can only describe such action…OH SHIT! 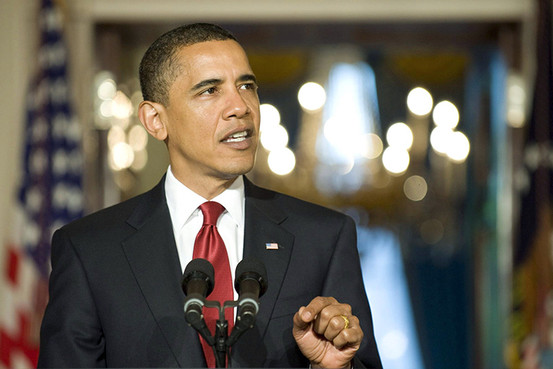 The Obama administration has begun serious talks about how it can change compensation practices across the financial-services industry, including at companies that didn't receive federal bailout money.

Cerially guys, THIS TIME Marxism is going to work. Cerially.

Bush was bad enough. The last few months I have felt like I am in some sort of bizzaro world. Not just this, but 99% of what is coming out of gov’t these days completely ignors everything we know about economics and everything this country was founded on. You realy couldn’t have written a better book.

Take a look at how well his stimulus worked on unemployment. Seems like it accelerated job loss.

[quote]hedo wrote:
Take a look at how well his stimulus worked on unemployment. Seems like it accelerated job loss.

Well, it sure did in my sector. Customers are not spending any money until they can figure out if they can get their hands on the $7B “stimulus” allocated to telcom. Too bad no one will know for at least a year, stalling the entire market for atleast that much time. I had my two best quarters ever while we were in recession and before the stimulus bill. I am now at about .5 quota since the stimulus. This wouldn’t be all that bad if there were jobs in queue. Unfortunatly, all of those are gone as well. Most are targeting the end of year or early 2010 for resolution on stimulus money. Knowing this industry (heavily reliant on RUS/USDA $ and the FCC), I would say that is optomistic by at least 6mos.

I’ve said this before in another thread, but the stimulus has slowed my part of the telecom market more than the telecom bubble bursing in 2000/2001.

At least their intentions were good.

I don’t know who’s the bigger bunch of idiots. The idiots that come up with this shit, or the idiots (100meters) that swallow it down.