Obama: Republicans 'Do What They're Told' 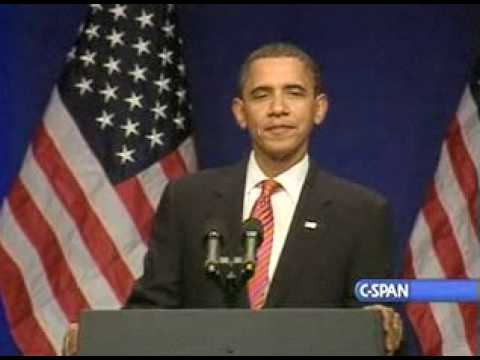 HA HA HA!!! Saying this in front of a bunch of Obamabots! Suuuurrrreeeee… Dems are really “thinking for themselves” these days aren’t they?

Every day, with each passing speech when he says shit like this, he is losing more and more of his fan base. What he doesn’t know, is that those people he is insulting voted for him, and will see him out in 2012.