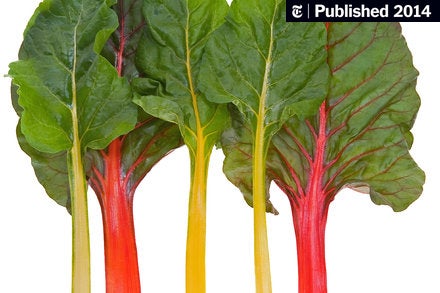 In a finding that upends long-held notions about a healthy diet, a major study shows that avoiding carbohydrates and eating more fat contributes to weight loss and fewer cardiovascular risks.

People who avoid carbohydrates and eat more fat, even saturated fat, lose more body fat and have fewer cardiovascular risks than people who follow the low-fat diet that health authorities have favored for decades, a major new study shows.

The findings are unlikely to be the final salvo in what has been a long and often contentious debate about what foods are best to eat for weight loss and overall health. The notion that dietary fat is harmful, particularly saturated fat, arose decades ago from comparisons of disease rates among large national populations.

But more recent clinical studies in which individuals and their diets were assessed over time have produced a more complex picture. Some have provided strong evidence that people can sharply reduce their heart disease risk by eating fewer carbohydrates and more dietary fat, with the exception of trans fats. The new findings suggest that this strategy more effectively reduces body fat and also lowers overall weight.

The new study was financed by the National Institutes of Health and published in the Annals of Internal Medicine. It included a racially diverse group of 150 men and women Ã¢?? a rarity in clinical nutrition studies Ã¢?? who were assigned to follow diets for one year that limited either the amount of carbs or fat that they could eat, but not overall calories.

Ã¢??To my knowledge, this is one of the first long-term trials thatÃ¢??s given these diets without calorie restrictions,Ã¢?? said Dariush Mozaffarian, the dean of the Friedman School of Nutrition Science and Policy at Tufts University, who was not involved in the new study. Ã¢??It shows that in a free-living setting, cutting your carbs helps you lose weight without focusing on calories. And thatÃ¢??s really important because someone can change what they eat more easily than trying to cut down on their calories.Ã¢??

Diets low in carbohydrates and higher in fat and protein have been commonly used for weight loss since Dr. Robert Atkins popularized the approach in the 1970s. Among the longstanding criticisms is that these diets cause people to lose weight in the form of water instead of body fat, and that cholesterol and other heart disease risk factors climb because dieters invariably raise their intake of saturated fat by eating more meat and dairy.

Many nutritionists and health authorities have Ã¢??actively advised againstÃ¢?? low-carbohydrate diets, said the lead author of the new study, Dr. Lydia A. Bazzano of the Tulane University School of Public Health and Tropical Medicine. Ã¢??ItÃ¢??s been thought that your saturated fat is, of course, going to increase, and then your cholesterol is going to go up,Ã¢?? she said. Ã¢??And then bad things will happen in general.Ã¢??

The new study showed that was not the case.

By the end of the yearlong trial, people in the low-carbohydrate group had lost about eight pounds more on average than those in the low-fat group. They had significantly greater reductions in body fat than the low-fat group, and improvements in lean muscle mass Ã¢?? even though neither group changed their levels of physical activity.

While the low-fat group did lose weight, they appeared to lose more muscle than fat.

Ã¢??They actually lost lean muscle mass, which is a bad thing,Ã¢?? Dr. Mozaffarian said. Ã¢??Your balance of lean mass versus fat mass is much more important than weight. And thatÃ¢??s a very important finding that shows why the low-carb, high-fat group did so metabolically well.Ã¢??

The high-fat group followed something of a modified Atkins diet. They were told to eat mostly protein and fat, and to choose foods with primarily unsaturated fats, like fish, olive oil and nuts. But they were allowed to eat foods higher in saturated fat as well, including cheese and red meat.

A typical dayÃ¢??s diet was not onerous: It might consist of eggs for breakfast, tuna salad for lunch, and some kind of protein for dinner Ã¢?? like red meat, chicken, fish, pork or tofu Ã¢?? along with vegetables. Low-carb participants were encouraged to cook with olive and canola oils, but butter was allowed, too.

Over all, they took in a little more than 13 percent of their daily calories from saturated fat, more than double the 5 to 6 percent limit recommended by the American Heart Association. The majority of their fat intake, however, was unsaturated fats.

Both groups were encouraged to eat vegetables, and the low-carbohydrate group was told that eating some beans and fresh fruit was fine as well.

In the end, people in the low-carbohydrate group saw markers of inflammation and triglycerides Ã¢?? a type of fat that circulates in the blood Ã¢?? plunge. Their HDL, the so-called good cholesterol, rose more sharply than it did for people in the low-fat group.

Nonetheless, those on the low-carbohydrate diet ultimately did so well that they managed to lower their Framingham risk scores, which calculate the likelihood of a heart attack within the next 10 years. The low-fat group on average had no improvement in their scores.

The decrease in risk on the low-carbohydrate diet Ã¢??should translate into a substantial benefit,Ã¢?? said Dr. Allan Sniderman, a professor of cardiology at McGill University in Montreal.

One important predictor of heart disease that the study did not assess, Dr. Sniderman said, was the relative size and number of LDL particles in the bloodstream. Two people can have the same overall LDL concentration, but very different levels of risk depending on whether they have a lot of small, dense LDL particles or a small number of large and fluffy particles.

Small, dense LDL is the kind typically found in heart patients and in people who have high triglycerides, central obesity and other aspects of the so-called metabolic syndrome, said Dr. Krauss, who is also the director of atherosclerosis research at ChildrenÃ¢??s Hospital Oakland Research Institute.

Ã¢??IÃ¢??ve been a strong advocate of moving saturated fat down the list of priorities in dietary recommendations for one reason: because of the increasing importance of metabolic syndrome and the role that carbohydrates play,Ã¢?? Dr. Krauss said.

Dr. Mozaffarian said the research suggested that health authorities should pivot away from fat restrictions and encourage people to eat fewer processed foods, particularly those with refined carbohydrates.

The average person may not pay much attention to the federal dietary guidelines, but their influence can be seen, for example, in school lunch programs, which is why many schools forbid whole milk but serve their students fat-free chocolate milk loaded with sugar, Dr. Mozaffarian said. 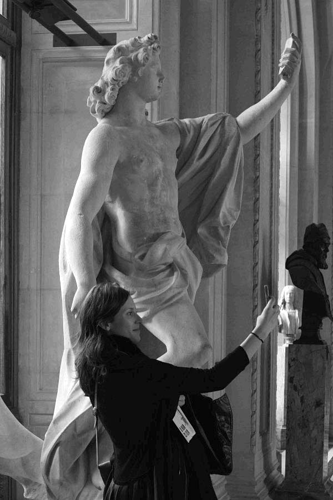 Effects of Low-Carbohydrate and Low-Fat Diets: A Randomized Trial: Annals of...

Background: Low-carbohydrate diets are popular for weight loss, but their cardiovascular effects have not been well-studied, particularly in diverse populations. Objective: To examine the effects of a low-carbohydrate diet compared with a low-fat...

That whole milk issue in the public school systems pisses me off.