Nothing to See Here, Just Another Terrorist Attack

Terror Attack underway in Munich. Several shooters, unknown dead, unknown perpetrators. However, without saying a thing about it, we know for a fact this is another example of islamic terror.

Angela Merkel sure must be popular right now, with all her sympathy and charity for letting in potential terrorists… I mean damn, how much of this shit are we going to take?

Maybe they should pass gun control. Or offer love to terrorists.

Pat I must file a complaint, how can I hug a terrorist when they are shooting at me ?

Confucius say: Terrorist can’t shoot with his arms around you.

Well, he could shoot the guy behind you and make you deaf.

It is being reported as a anti immigrant attack

Can anyone detect the irony in this picture??

This is the video that caused the confusion - the persons from the balcony are shouting insults at the gunman (including the phrase “fucking Turks”), when somebody (gunman?) says “I was born in Germany”. Also, the phrase “I needed to buy a gun” can be heard.

Edit: the persons on the balcony sound Bosnian Muslim, it seems the gunmen took a potshot on them

Would have been an easy shot with my AR.

John Kerry said that air conditioners and refrigerators are as big a threat as Islamic terrorism.
I just don’t even know where to begineer on how stupid this is to say.

Gee, I wonder how many refrigerators and air conditioners John Kerry owns?

I met John Kerry. During my time with him, an hour (?) he couldn’t grasp the fact that someone could be working a union job their entire life, lose that job, all benefits, have to scrape by paying for medical benefits and have nothing left to live on. A total idiot in my humble opinion. Totally out of touch with the common man. This was back when he was running for Pres. How he got where he is today is totally baffling to me, but how the Iranian Nuclear deal came about largely because of him is perhaps not. Sorry for the hijack. 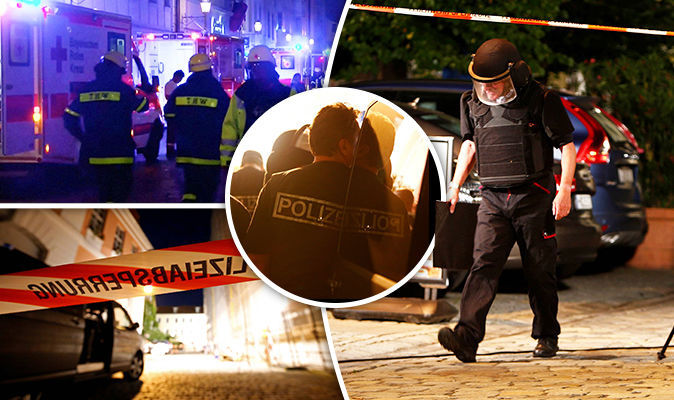 GERMANY BOMB HORROR: 12 injured as Syrian asylum seeker blows himself up outside...

AT LEAST 12 people have been injured after a Syrian asylum seeker blew himself up outside a wine bar in Germany.

You missed another one in between - a pregnant Polish woman was hacked to death on a bus stop by a machete wielding Syrian asylum seeker. Two persons were also wounded. 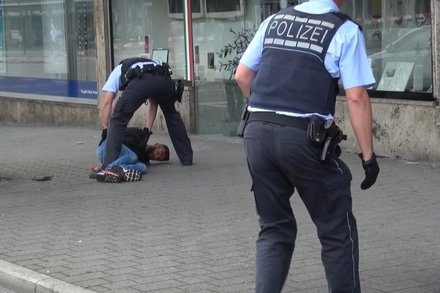 The 21-year-old man, whose identity was not released, added to a week of violence in the country.

As far as the Munich shooting goes, some media outlets in Germany were kind of triumphant that it was a “US style” shooting and not a terror attack - a chubby loner, bullied in school,with a documented history of mental health issues, who was obsessed with US school shootings decides on “revenge”.

In this instance the religious angle was completely ignored - the shooter was Iranian and was bullied in school by Turkish kids (remember, the shias and sunnis hate each other more than they hate the “infidel”) and six out of nine victims were muslim teenagers.

Also, his mysterious Afghan “friend” who helped him organize the shooting was arrested - I wouldn’t be surprised if someone exerted influence on the shooter.

But like the machete attack, this is all swept under the rug after being declared a “regular” shooting.

Self deception is a powerful thing.

Yup. Upon further investigation, I jumped the gun. This was not a terrorist attack, at least not in the traditional sense.

This however was a terrorist attack. As well as the attack on a Catholic Church in France, the bomber in Kabul, and the recent bombings in Baghdad. Seems though, when they happen in those countries, nobody cares.

Well, I guess this thread will have to be updated daily. 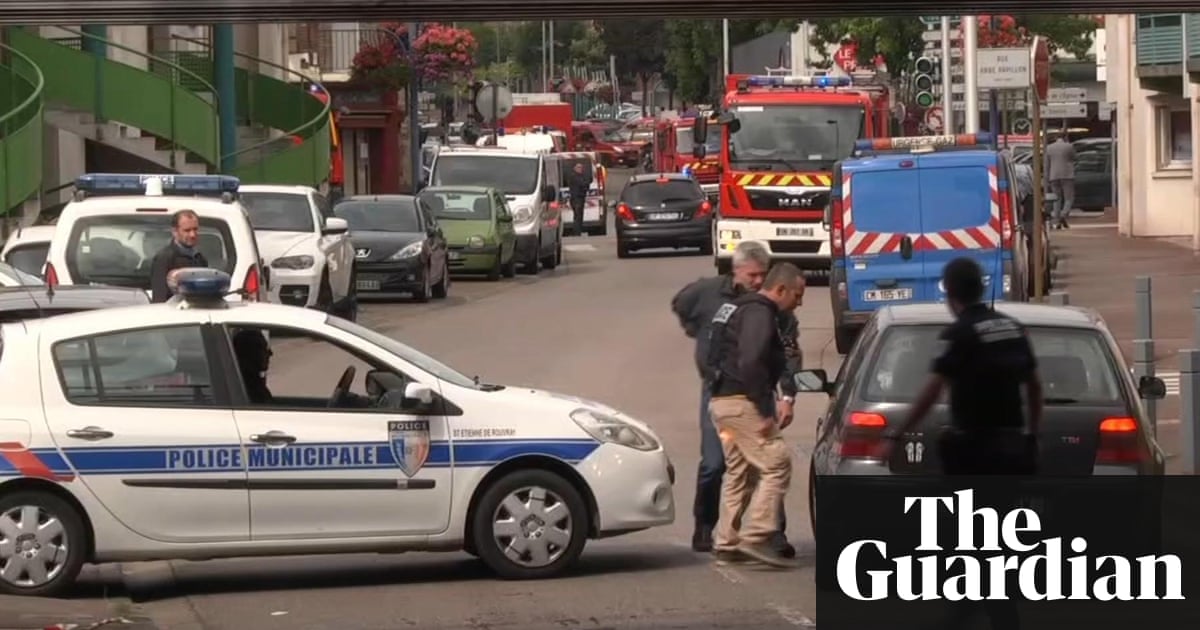 Isis attackers forced French priest to kneel before he was murdered, hostage...

Two men shot dead after killing priest in church at Saint-Étienne-du-Rouvray, near Rouen, Normandy, and ‘filming themselves preaching in Arabic’

One of the terrorists who killed the priest was on a government terror watch list and had to carry one of those electronic bracelets. Bizarrely, he was able to leave the house between 8 am and noon, leaving him ample time to commit a heinous murder.

That’s kind of why I put it here. It’s really gotten to the point, where its so common, we cannot catalog all of them, or mourn them in individual threads. So, this is our official terrorist attack thread.
Our new normal…Thanks obama. Kerry: Air conditioners as big a threat as ISIS

Secretary of State John Kerry said in Vienna on Friday that air conditioners and refrigerators are as big of a threat to life as the threat of terrorism posed by groups like the Islamic State.

It’s shit like this that shows humanity is on the decline.

That’s kind of why I put it here. It’s really gotten to the point, where its so common, we cannot catalog all of them, or mourn them in individual threads. So, this is our official terrorist attack thread. Our new normal…Thanks obama.

I was talking about this with my wife the other day. It’s becoming WAY too normal. People shouldn’t be numb to these events, but that is what is happening.

Yep, it’s scary that it’s happening, it’s even more scary that we have been lulled to sleep by it.
It means, we mean to do nothing. The media’s narratives on burying these stories is becoming common place. It’s driving me nuts. I want to scream at the TV, but what the hell good would that do.

Grabbing an 84 year old priest and slit his throat in a Church… during mass!!!

-Somehow seem to be getting even more emboldened/more psycho The 19-year-old 'ISIS soldier' who slaughtered an elderly Catholic priest in a savage attack in a church in Saint-Etienne-du-Rouvray, near Rouen, has been named as Adel Kermiche.

Ok, once again. How do we stop this? Not in Iraq, but in Germany, France…Europe, America?