Just curious,is there any benefit in front squatting without holding the bar like Chris Duffin here?
https://www.instagram.com/p/BFuJlNlRnmu/?taken-by=mad_scientist_duffin

Easier on your wrist/elbows, which is helpful if you’re lacking mobility. The duffalo bar he is using makes it a little less terrible as well.

So it’s just to reduce stress.Gotta

There is probably more to it. If you look, he has bands distracting the bar back toward his center of mass. This obviously keeps the bar from falling out, which would be a result of lack of mobility, but furthermore is probably allowing him to overload the SHIT out of his core since he doesn’t have to try quite as hard as if he had a straight bar and rack position.

Wow.That is a great way to look at it.I thought bands helped him stabilize it but not the overload thing

Actually there used to be some incredibly strong guys here

I’m not sure there is any real purpose to it except to see if you can do it. If there is like a few others above mentioned its probably not too important.

Yeah, Meat did 405x6 with straight arms. Swolle did 405x7 or 8 with, I think, crossed arms. I forget exactly and his vid isn’t embedded anymore.

Meat said he did up to 500 or so in training, but the challenge was max reps with 405 (Meat’s idea, as was the “loser leaves town” stipulation). As soon as I saw that, I had visions of Hatfield-Platz all over again, and that’s how it played out. Powerlifters always win at low reps, strong bodybuilders always win when the reps start getting higher.

I gave them a try today and they felt amazing.Really good for someone with poor mobility like me 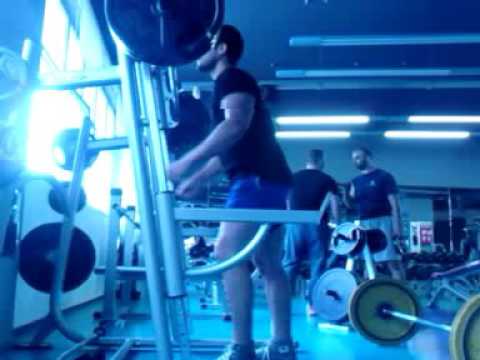 Man, I started reading through some of the older posts up in here and holy shit they just seeem… Different. Take this for example, Something I Think Everyone Should Do. Hell, I wish I got a chance with interact with them fine folks, they sure seem interesting.

Very honestly, I liked it better that old way. I thought it was maybe just because those were the folk I’d grown familiar with on the boards, but now I’m thinking it might not just be that. We still have some very accomplished lifters on the site, but not the same vibe or attitude for better or worse.

Agreed, as much as everyone disliked PX, there is a strong correlation with his absence and the quality of the forum. He created a lot of interesting convos, good and bad.