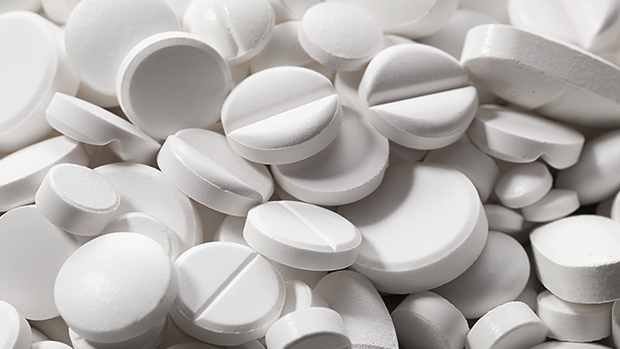 Take This Drug Once a Day

A cheap fat burner that prevents many types of cancer? Yes. This ancient drug makes you healthier in general.

Read the new article on taking baby aspirin every day for leanness and longevity. However other articles say to avoid taking NSAIDS at all cost because they stop hypertrophy. Can you take it in the morning if you train in the evening and avoid any negative effects?

Asparin is not an NSAID as far as I know.

Aspirin is an NSAID

Just goes to show dont believe everything you read on the internet.

That’s just 81 mg of aspirin a day.
Most any big guy I know takes some kind of nsaid. For ~ 35 years, I’ve taken as much as 3200 mgs of ibuprofen a day for weeks at a time. I’ve never been as big or strong as I wanted, but I don’t think it has anything to do with ibuprofen.
I have recently cut ibuprofen down to 200 mg twice a day after starting tumeric (2000 mg a day.) I’m sold on it for inflammation. 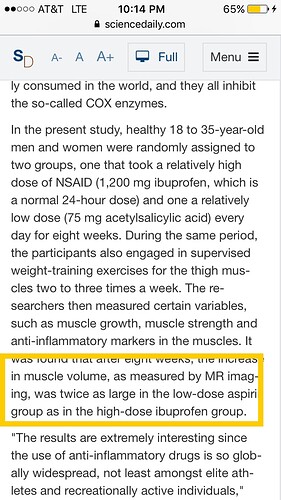 Pretty sure if you aren’t eating a bottle a day, you’ll be fine.

Now that is interesting.

Is it that taking asparin caused more gains, that ibuprofen reduced gains, or that both reduce gains and lower doses had less impact?

Not the best study design to answer the question but certainly an interesting result.

Equally does an inflamed muscle show a larger volume under MR imaging? In which case all it showed is that ibuprofen works…

Don’t NSAIDS cause ulcers if you use them too much?

I read an article linking NSAIDS to sudden death heart attacks. I stay away from them.

This is a bit simplistic but it’s the gist of what I heard from someone much smarter than I on the subject.
Lifting causes inflammation, your body responds to the inflammation by sending resources to the area which then recovers bigger and stronger than before. Taking anti-inflammatories reduces the inflammation but also reduces your body’s response and so sabotages the work you do in the gym.