Yamani or Your Life

A nasty attempt to coerce Danish newspapers into apologizing for the cartoons of Mohammed.
By Christopher Hitchens

I have just finished reading one of the most astoundingly stupid and nasty documents ever to have landed on my desk. It consists of a letter from a law firm in Saudi Arabia, run by a man named Ahmed Zaki Yamani, to a group of newspapers in Scandinavia. I quote directly from its main paragraphs:

Over the past months my law firm has been contacted by several thousand descendants of the Prophet, who have learned about your newspaper’s republication of the drawing, depicting their esteemed ancestor as a terrorist suicide bomber with a bomb in his turban.

As descendants of the Prophet, these individuals feel personally insulted, emotionally distressed and defamed by your newspaper’s re-publication of the drawing. They have therefore retained my law firm and instructed me to approach you â?¦

So that’s the stupid partâ??the idea that people who claim descent from a seventh-century warlord and preacher have standing to sue for hurt feelings. The nasty bit comes a few paragraphs later:

I]t is my belief that your newspaper’s fulfillment of the above-mentioned conditions would be perceived as a sign of respect and understanding throughout the Muslim world in general, and your newspaper might thus help resolve the severe conflict, which your re-publication of the drawing has created. As you may be aware, this conflict is still affecting Danish and Arab interests, in particular in the Middle East, where a number of Danish products are still being boycotted.

It is impossible not to notice the element of threat and menace contained in the second extract. It’s not difficult to remind Danes of the organized campaign of hysterical retribution, ranging from the burnings of embassies to the mob-killing of civilians, that followed the first publication of some mild caricatures of the prophet Mohammed in 2005. Only a little further backstory is required: In 2008, it was discovered that a cell of eager murderers was planning to kill those who authored the caricatures, and in solidarity a large number of Danish newspapers reprinted the drawings in order to express their support for freedom of speech. Then, on New Year’s 2009, a Somali fundamentalist chopped his way into the house of 74-year-old cartoonist Kurt Westergaard, who was having a sleepover with his granddaughter, and very nearly succeeded in axing them both to death. The apology for all this, however, is supposed to be forthcoming not from the aggressors and inciters but from their victims. Late last month, Copenhagen newspaper Politiken agreed to make a public apology on the terms dictated by the Yamani law firm.

Celebrating this abject decision at a triumphant press conference in Beirut last week, Yamani repeated his bizarre claim to be the lawyer for no fewer than 94,923 descendants of the outraged prophet. Again, he made one utterly absurd statement and one extremely sinister one:

In our view, all religious icons of all religions, such as the Virgin Mary, Jesus Christ, Moses, and (not to be compared to prophets and messengers) others who are non-religious icons but have contributed to humanity like Mahatma Gandhi, Nelson Mandela, Martin Luther King, the Dalai Lama, and others such as Ibn Sina, Ibn al-Haitham and Albert Einstein all deserve respect and protection from ridicule and defamation.

Cretinism on this historic level is comparatively rare. Apparently, Yamani thinks that Mahatma is a first name rather than a Hindu religious honorific and that the words “Dalai Lama” are a secular title. Moreover (and you have to admit that tossing in a Jewish name is a nice touch), he would protect the stern Spinozist Einstein from being lampooned for the many wrong surmises he made about the Big Bang and quantum theory. But while it is obvious that he knows nothing of such matters, he does know how to unveil a threat:

We wished that all the Danish Newspapers which published the Drawings accepted to enter into a settlement as Politiken did, and published an apology to avoid multiple jurisdictional litigations and costly damages in favor of our clients.

If you ask yourself whether Yamani cares more about the supernatural world or the grossly material one, it will not take very long to come up with an answer. You can detect it in the way that he balances the soft inducement against the hard threat of remembered mayhem: Yamani or your life.

But it is in the material world that newspapers are published and in which laws and constitutions exist that inscribe their right to print material without censorship and intimidation. It is also in the material world that laws protect grandfathers and their granddaughters from homicidal religious maniacs. Are we to surrender these hard-won rights in favor of the hectic emotions of people who claim a distant kinship with a quasi-mythological figure who was uneasy with both reading and writing and preferred to recite? This is without precedent. Are we now to be dogged with lawsuits by those in whose veins the blood of Henry VIII, Mussolini, Columbus, or Ivan the Terrible can be alleged to flourish? (At leastâ??unless you believe Dan Brownâ??this will not be such a problem in the case of the Virgin Mary.)

The thing would be ridiculous if it were not so hateful and had it not already managed to break the nerve of one Danish newspaper. In Ireland a short while ago, a law against blasphemy was passed, making it a crime to outrage the feelings not just of the country’s disgraced and incriminated Roman Catholic Church but of all believers. The same pseudo-ecumenical tendency can be found in the annual attempt by Muslim states to get the United Nations to pass a resolution outlawing all attacks on religion. It’s not enough that faith claims to be the solution to all problems. It is now demanded that such a preposterous claim be made immune from any inquiry, any critique, and any ridicule.

This has to stop, and it has to stop right now. All democratic countries and assemblies should be readying legislation along the lines of the First Amendment, guaranteeing the right of open debate on matters of religion and repudiating the blackmail by law firms and individuals whose own true ancestry would not bear too much scrutiny. 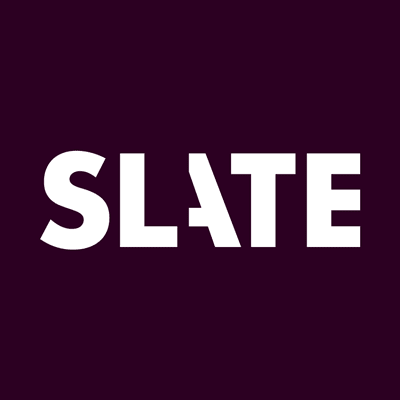 A nasty attempt to coerce Danish newspapers into apologizing for the cartoons...

I have just finished reading one of the most astoundingly stupid and nasty documents ever to have landed on my desk. It consists of a letter from a law...

I don’t care what newspapers print one way or another.

It would be real cool if they would… oh I dunno, report the news, but were way beyond that.

I think that families of people murdered by suicide bombers has the right to sue the country that they come from, and win monetary damages paid for by those countries.

[quote]Tiribulus wrote:
I don’t care what newspapers print one way or another.

It would be real cool if they would… oh I dunno, report the news, but were way beyond that.[/quote]

Hey thanks for taking this off track before it got started. Appreciate it.

It’s fair enough. It’s only muslims that get badly treated and a guttersnipe lawyer should make himself known. I mean the Middle East have totally neutral and apolitical newspapers, who don’t depict other religions such as Jews like pigs…

[quote]Tiribulus wrote:
I don’t care what newspapers print one way or another.

It would be real cool if they would… oh I dunno, report the news, but were way beyond that.[/quote]

Hey thanks for taking this off track before it got started. Appreciate it.[/quote]

That wasn’t my intention. The point was, why should any religious person care what a secular publication says about their religion. In other words let em print whatever they want.

Primary Rule: The dead ones will no longer protest cartoons.

I believe they are just in a society constructed around religion, like medieval Europe, and that once roots of democracy and modernity start to flow into the Middle East, religion will take a back seat to the institutions of economy.