I‘m confused about the score.
I always felt like a 1b/2a 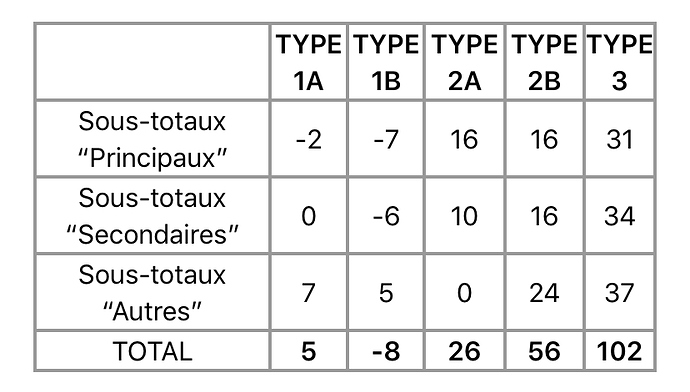 I had bad event as a kid and I began to stutter. Because of that I had lower self esteem.
Nowadays I have some stuttering issues only when I‘m stressed. My self esteem is higher than in the youth (I‘m 25 now).

I played football (strong safety/outside linebacker), I also did MMA

As I read your article Superhero Neurotype, Hulk would be me. When I work as a bouncer, I‘m usually very calm, even when some talking trash. But I then I escalade quickly and hit them straight in the face.

Now I have some stress/depression and also when I did the test. Can this be the reason for the score?

We are always bad at evaluating ourselves, especially when we “want” to be a certain type. With what you told me you might have started out as a 2A and stress made your profile move to the right. Your high Type 3 score could simply mean a high level of anxiety and the tendency to overthink, which could have been caused by your childhood trauma. It could also be due to the way you were brougth up by your parents.

But from what you tell me I feel like, at the moment, you “feel” more like a 2B but you might be a natural 2A. To get back to your optimal self you would need to deal with the anxiety issues and reduce stress in your life.

some characteristics that fits me:

I think it’s better to go to the gym every other day to recover from stress in my case?

some characteristics that fits me:

probably I answered some questions wrong. English is my 3rd language, 1st is Russian, 2nd is German.

I´m more intermittent fasting guy, but can’t do it any more due my shift work. I also did the routine from Martin Berkhan(for cutting), which is low volume(3 times a week, 5-8sets per session) and liked it.

I don’t like volume work that much up to 15 sets per session is okay. When I do more I tend to loose motivation.

how would be your advice to train or split up, in my situation?
main goal is size

probably I answered some questions wrong. English is my 3rd language, 1st is Russian, 2nd is German.

Not so much that you answered the questions wrong but in reverse… for example you gave the maximum score to a question when you wanted to answer the minimum score and vice versa. It’s the only thing that would explain your result and it happens to 2 people (who told me) already. 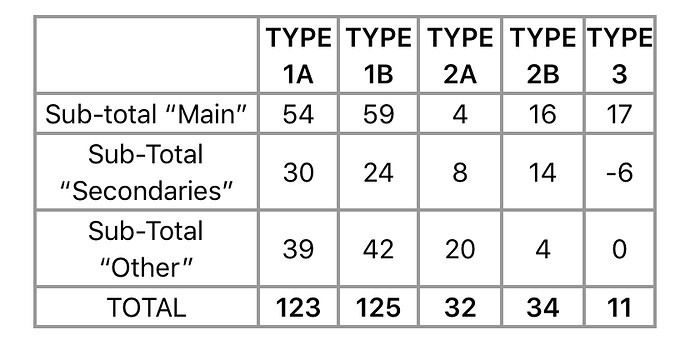 Now the score between 1B and 1A is pretty much the same.

Should I train like a 1B but with lower volume, or what would be your solution?

There are two possibilities:

You are a 1B but extreme dopamine sensitivity. Looking at your score my neurotansmitter by neurotransmitter evaluation would be:

Which would be a 1B

HOWEVER it could also be that you are a 1A with such high self-esteem that you overestimated your athletic skills/capacities leading to a false high acetylcholine score. But only you know if that is the case.

Could you explain which fields represent which transmitter? Or is it too complicated? I am a 3 by the test but I am almost certain I also have high glutamate based on your discussions of the topic. I just want to be sure to see if that is the case (low serotonin + high glutamate) and then develop a proper diet/training/supp strategy.

HOWEVER it could also be that you are a 1A with such high self-esteem that you overestimated your athletic skills/capacities leading to a false high acetylcholine score. But only you know if that is the case.

well, I tend to overestimate myself. my self-esteem is pretty high.

I would say my acetylcholine level is more in the mid range, I learn movements quickly. but when it comes to explosivnes its kind sucks. when I was in school or at the age of 15-16 years. when we should do a 100 meter sprint, my time was usually 15 seconds, other guys where at 12-13 seconds.

so this would be more of type 1A?

Is it also possible to be 1B with lower acetylcholine level?

Yes, with a nutrition low in choline

okay, my diet should have enough choline.

last question, what about the other neurotransmitter, can 1A overestimate them too?

Other than that, acetylcholine is a trait of 1Bs. So rarely will they have low acetylcholine except for some brain trauma. A 2A can often be mistaken for a 1B.