Need Help Getting the Guy

Hi! So a few months ago, I made a thread asking what guys are looking for a girl. Well I’m in college now and met a guy that matches ALL my expectations. From what I understand he’s also single. We have a couple of classes together and I really want him, but I don’t want to come off as creepy. What should I do? Tips?

in my opinion, on average, the worst thing you can do is start a relationship with someone with the sole intention of ‘getting them’.

Do what you’d normally do to befriend someone, get to know him, keep your initial infatuation to yourself and see if you get along and whether, once you know him better, you are still interested.

If you do get on, and you do still like him, opportunities to make that clear will come about organically and be much more successful, in the long term, than if they are forced.

Thanks for the advice! I was thinking along the same lines. I don’t want him in any physical sense. We’ve had some really good conversations and he’s the type i want as an intellectual partner. He has a couple of female friends who are gorgeous and smart (or better than me) and I kind of wish he would just get a gf so I can get him out of my mind

I don’t want him in any physical sense.

Ha well here’s a tip, don’t tell him that.

My answer remains, spend more time and let a closer relationship develop organically. When the opportunity arises to make a move, you’ll know.

Anything ‘deliberate’, from playing aloof and ‘hard to get’ to throwing yourself at him, if its not natural will feel forced. That’s not to say you were considering either of those things, just that being in the mindset of ‘tactics’ on how to get him starts you in the wrong mindset.

There’s truth to the cliche that people find someone when they stop looking, and I think its exactly for that reason. Whatever happened was natural.

Noted thanks! I was thinking of adopting a ‘speak when spoken to’ policy with him

haha maybe not that extreme, unless that’s your natural personality, I’m not particularly extroverted myself so i wasn’t far from that at the start of my previous and current relationship, but a look, smile or, if you’re feeling brave, a wave can be just as good a way of initiating a conversation.

Well, the point of the policy is a safeguard against creepiness

You seem curious and engaged, at least on these boards. Be that person, we all like you! If you like something he says, say so. If you have a genuine question, ask it. Be cool, but also: 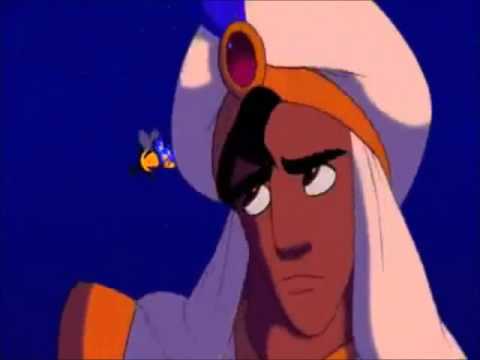 I must say, chilling isn’t exactly my specialty

I’ve been hesitant to relay my experience because it may not be helpful. You seem to know how to get the guys attention.

I had a few experiences where the girl “approached” me and probably in a similar situation you’re in: the college classroom.

One time, a girl simply complimented my sweet kicks (run of the mill new balance sneakers - they happened to be fresh, but weren’t anything special). We started talking after that, worked together on a couple projects and dated for the semester before it fizzled out. She was a pretty cool chick.

Another time, similar circumstances - the girl, in another class, positioned her seating arrangement to sit next/close to me (from what I remember she ended up sitting in front of me). You naturally tend to talk to people who are around you and it helped she was really fucking cute (I don’t know what you look like or if the guy would think you’re cute - you come across on these boards as confident in your looks so I have to assume you’re attractive but I don’t know). Same deal, cool girl, ended up dating for a while until I think i fucked it up somehow (I was young, dumb and in the air force) and it fizzled out.

Anyway, it seems to me you’re doing what you should be doing to get his attention. Talking to him, etc. etc. Best of luck.

Thanks! Your tips are quite helpful

so I have to assume you’re attractive

… economists also assumed people were rational… He has plenty of female friends and ALL of them are more attractive than me (and I’m pretty sure just as intelligent). I do squat more than them though, if that counts for anything

economists assume people act in their own rational self-interest haha

I do squat more than them though, if that counts for anything

as any economist worth their weight in salt would say, “it depends on his preferences…”

If he has severe narcolepsy your ability to lift and carry would be a HUGE feature. (Can you carry? Maybe you should start doing farmer’s walks.)

Just like a woman … you don’t Farmers walk an unconscious person, you fireman carry … duh

I’d like to see someone farmer’s carry a person

Haha, I more meant walking with weight than carrying in that specific position. So being able to do more than just pick up, put down. Though some guys might dig that, I suppose!

He has plenty of female friends and ALL of them are more attractive than me (and I’m pretty sure just as intelligent).

In a purely hypothetical situation (because i have no way of commenting on your relative attractiveness to these girls and, in my experience, the standard deviation on a girls actual attractiveness vs her perceived attractiveness is huge, in both directions) having hot friends does not mean he can pick and chose these women. Many unattractive guys have lots of hot female friends, he might be interested in them, they are not necessarily interested in him, in that way.

Now clearly you find this guy attractive, though in your own words its not based on a physical component, but that doesn’t mean these, presumably, stunning girls find him physically or intellectually attractive.

Any on whether he finds them more attractive than you, as polo said,

“it depends on his preferences…”

All being a long way of saying, don’t worry about the other chicks. There is no way of knowing whether they are relevant or not, and even if they are, worrying about it can’t help things unless you want to go all means girls and convince them to eat butter sticks.

I’d like to see someone farmer’s carry a person

You understand that I have four children. If not the farmer’s carry, then what?