I got invited to do modeling and I was asked to lose 10 pounds and start working out.

I dont know why my last thread didnt show up.

Any help is appreciated

Kinda depends on what sort of shape you need to be in. If you just need to be lean and look reasonably athletic then low body fat and decent shoulders is pretty much all you need. Couldn’t hurt to train your abs either.

Obviously if you’re doing more of a fitness modelling type thing then you need to be a bit more built, but that kind of shit is going to take a lot of time, so you’re probably best just getting as lean as you can and hope you don’t end up too skinny.

if you want to get from point A to point B, show us a picture of you now (point A) and a picture of a model you are trying to look like (point B). We can give you directions from there.

Thanks Yogi you reminded me I need to hit abs.

I’ll take a photo later tonight for you guys 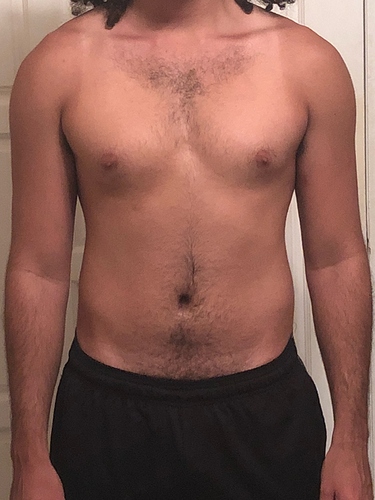 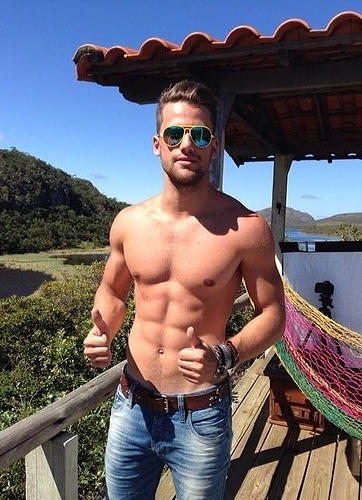 I havent had abs since I was a kid and I dont want to look flabby anymore. How should I go about it?

I got invited to do modeling

… did this invite come from the internet from a random older man that doesn’t seem linked to a company?

LOL. Yeah my body doesn’t look great but my face is gorgeous. But no, family friend

I’m not sure if this is more or less worrying.

Anyway, depending on the type of modelling you may not need to do anything physique wise. Not all models are ripped to shreds.

If you want the “beach look” just workout hop on a novice program like a 5x5 or just a general strength and conditioning program and get some gain my friend. As for losing weight I’d personally just gain some muscle first and then worry about that later.

I’m not sure if this is more or less worrying.

I’m flattered you care. No need to worry about me tho

It’s going to take several years for you to get where you want to go, so maybe keep your shirt on for your first few modelling gigs

Maybe for the first one go the tank-top route and bring an EZ curl bar and catch a sick pump right before the photos.

It’s going to take several years for you to get where you want to go, so maybe keep your shirt on for your first few modelling gigs

you really think so? I was thinking it didn’t look like it would be too difficult, the model he posted as his goal really doesn’t look particularly difficult to achieve, if training is good. Not even crazy lean. I would think a year would be sufficient, maybe even a little less, if training and diet is even just pretty good. Top notch training and diet could get him there in 6 months.

So, there’s nothing special or outstanding about your goal physique. So that works in your favor. You’ll obviously have to drop fat eventually to look like that, but I would wait until after you’ve put on some muscle, and drop the fat at the end. Just don’t add any more fat to what you have now. Just about any reasonable weight training program will work for you. If you really want this, I see no reason to believe you won’t reach your goal.

Na maybe I was a bit off with the several years thing, but I’d wager it’d take way more than 6 months. A year minimum, I’d say.

If he cuts down to as lean as the dude in the picture is he’s going to have zero muscle whatsoever, and probably have to add at least 15lbs of pure beef (perhaps more as the dude’s fairly tall) while staying lean.

Obviously it depends on genetics and a million other lifestyle factors. Dude could have Phil Heath genetics and not know it yet.

@slay I’m not trying to be discouraging or anything. All I’m saying is it’s going to take quite a lot of work to be the guy in the photo, so if your modelling gig is in like 8 weeks then there’s no danger you’ll look like him. His physique is definitely attainable though so you’ll get there eventually for sure.

The picture I showed is what I want to achieve in the short-termish. It’s not the endgoal. But I find having a clear goal like this will help.

flip,
Is it possible for me to build muscle and lose fat while staying at relatively the sam
e weight? Maybe shed 5 pounds or so very slowly?

I don’t think, based on your appearance, that you should ever end up lighter than you currently are.

Yes, it’s definitely possible to build muscle and lose fat at the same time, and oftentimes bodyweight doesn’t change much while you’re doing this. It will largely depend on caloric intake. I think as a new lifter, it makes more sense to eat at a caloric surplus and expect to gain weight to maximize muscular gains. I’m not saying you should pile on the fat, but if you’re scale-obsessed and freak out about gaining a few lbs, you will have trouble succeeding. 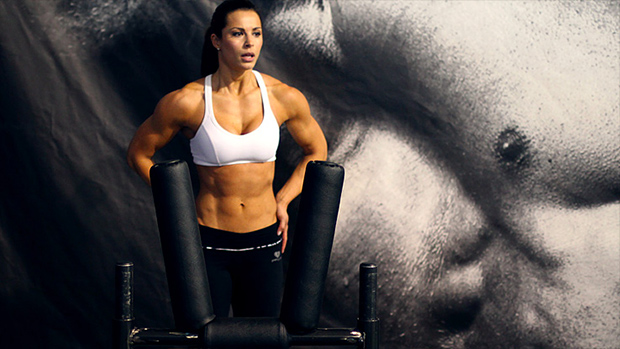 Lean. Hard. Strong. These workouts combine explosive training, metcon, and a unique concept where you train the same muscles two days in a row.