Nautilus and Other Machines Discussion

Since Nautilus machines have been a big part of the early years of Dr Darden and that many on here love Nautilus like I do I thought what better place than here to have a thread devoted to talking about Nautilus and other machines we use to build our muscles.
I’m going to start it off with a shot of me on my recently purchased Nautilus multi bicep that I got for the purpose of trying to convert it to be like the 2 seat compound bicep. With out hardly any work I dropped the seat all the way down , added a slightly thicker pad and it’s pretty close to being like the 2 seater! It really gives me that crap in the contracted position!
Scott 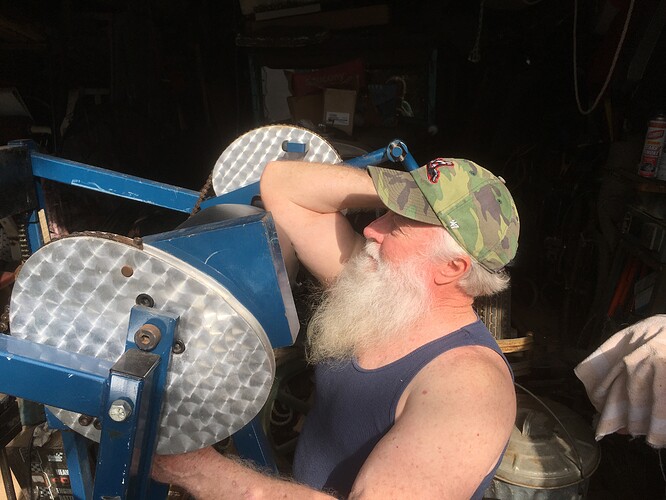 I remember using nautilus machines in late 70s and early 80s…i loved them, but I fell into the magazine propaganda of free weights was the way to go…if I could turn back time, I definitely would have stuck with nautilus…its really too bad that the machines are a rarity especially in South florida

I find it odd that they are rare in south Florida. I remember a time when that was the place to get one! Probably more schools had them than anywhere but maybe it just seemed so?
Scott

Like this idea! I’m on board. Im on fb marketplace and cl almost every day looking for additions to my nautilus equipment, especially for a pullover. Im just north of Tampa, and see Nautilus for sale in SoFla very frequently! And Scott , you’d look good in that vest i’m selling on fb!

The machine that absolutely changed my life was the reverse hyper extension. This is the specific model I have 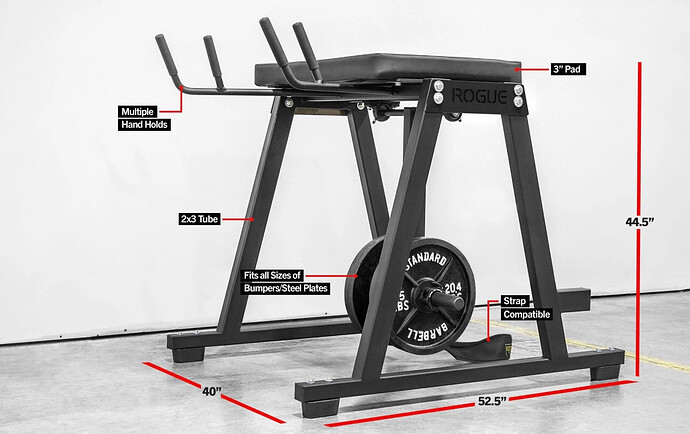 It has turned my lower back completely bulletproof, and I set all of my greatest PRs in the deadlift and strongman movements whenever I made sure to include this in my training at regular intervals.

I showed that to my family last night and they got a kick out of it!
Scott

I was disappointed this morning to see that my thread about Nautilus machines was moved away from where Darden and Nautilus followers congregate. It will be interesting to see if anyone who cares about Nautilus will find it here?
Scott

Many of you may not remember the Behind the Neck Torso Arm machine that came out in the early years of Nautilus but I thought it was a great way to isolate the lats yet the machine faded away. I often wonder why it was discontinued? Was it harmful to the shoulders ? Too hard to use properly or what?
Any thoughts on this?
Scott 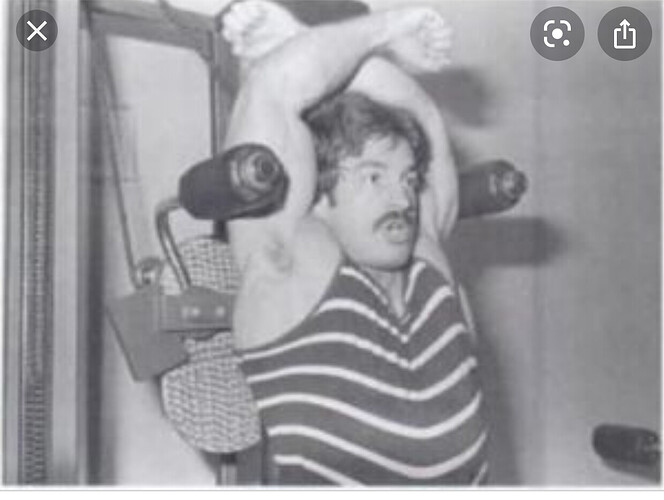 Just looking at that pictute hurts my shoulders! The arm position kind of looks like a “Cobra Pulldown” which I’ve never seen anyone do. 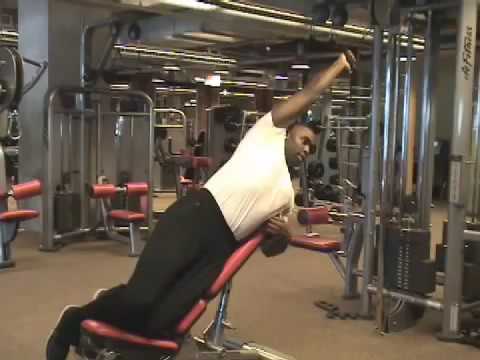 I would have loved to try that machine

I, for one, am hoping posters like yourself, @Jeff60 and @RT_Nomad will stick around

Always been a huge fan of cables. Got a little setup in my garage, often saying that anyone with a decent understanding of training principles can do anything with cables, adjustable bench and some different handles.

Other “machines” that I absolutely love;

-Single leg hamstring curl machine. No way my hams would hVe been as good as they were onstage just doing free weight work. This really let me lock into the movement and really focus on the intricacies of each rep.

-seated lateral machine. Being able to focus on the lateral motion without being limited by the size of the DB you felt comfortable with, or cheating and swinging with your whole body… just amazingly useful.

-calf machines. Cory Everson just posted a photo on her social media recently, of her doing donkey raises with someone on her back. The caption was that for so many years, there weren’t specific machines that allowed you to really isolate the muscles in your lower leg. I don’t think a lot of people realize that.

I would guess, as I’ve never stocked a commercial gym, that machines with high price tags that might not get a lot of use or mimic something other machines or free weights already address might be a reason.

Consider the average gym goer, and ask yourself if the Return on Investment is worth it.

-calf machines. Cory Everson just posted a photo on her social media recently, of her doing donkey raises with someone on her back. The caption was that for so many years, there weren’t specific machines that allowed you to really isolate the muscles in your lower leg. I don’t think a lot of people realize that.

Back in the late '80’s and '90’s I went to a gym that had a donkey calf machine that you could load up and add a person or two on top if you wished. It was a rather large piece of equipment. (I wish I knew more about time under tension and minimizing stretch reflex assistance in those days. I just moved a lot of weight.)

Does anyone ever use the Strive machines where you can load up the bottom/middle/top of the ROM? 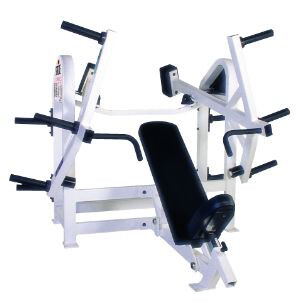 It’s seems like a neat idea but I’ve never put the time in to really figure out how to effectively take advantage of what they can do.

Does anyone ever use the Strive machines

Always been a huge fan of cables.

== Scott ==
My current goal is to get some kind of functional trainer with a cable cross over but most of those cost 3 or 4 times what I want to spend on an exercise machine. I’m too used to getting exercise stuff for next to nothing.
Scott

Hehe yeah it took me a while to “get” how to actually perform a repetition for the most benefit. I actually found just using a leg sled the best option for calf work despite so many specific machines being available these days.