My Personal Pet Peeves about the Current BBing/Fitness Scene

I’m always discussing my thoughts on competitive BBing, the social media scene, and even what forums look like these days with a handful of close friends who are all competitors (most are pros), and so I decided to jot my most recent pet peeves down.

Feel free to add, argue, discuss, whatever. You all know how easy going I am despite being fairly opinionated.

-writers and coaches who pretend that they’re not trying to reap some financial reward from all of the articles, videos, and general info they constantly put out. It’s not a horrible thing to do so, so just own up to it and stop pretending that you’re only helping out of the goodness of your heart.

-people offering advice with the rationale of what worked for them as if it’s the latest and greatest when they themselves have never had a physique worth emulating and/or any real education or track record of their own expertise. This doesn’t mean sharing your own experiences is bad, just realize who you are when you’re using yourself as proof.

-a million tiny bodybuilding federations all thinking they’ve “fixed” what’s wrong with the sport, but In reality have done nothing more than water down the pool of competitors.

-social media photos and videos giving inaccurate perceptions to viewers. “Everyone looks great by them self!” - tiny dudes presenting like they’re heavyweights or claiming they “look bigger In person.” I’ll be the first one to point out how huge an average height male can be in true stage condition and “only” 175 lbs, but a 140 pounder is gonna look much different in person than in their daily IG selfie.

I’m sure I’ve got plenty more, but I’m typing o my phone at the moment -lol

100% agree with your whole point on social media, definitely had an impact on me and my physique goals, trying to maintain razor abs 24/7 365. The perception never “allowed” me to truly attempt to put on size as as soon as my abs would fade or become less pronounced I would just cut, leading to me just spinning my wheels.

But definitely a good point about that, does give such a misleading idea to so many people.

I think the thing that boggles my mind is just how many fitness industry clones there are.

I’ve got a friend of mine who follows like ten million jacked dudes on instagram. He’s always talking about how he’s going to do this guy’s routine, or that guy’s diet, like there’s any real qualitative difference between what these people do.

“Bro! You should check out [insert physique dude’s name here]. He’s totally jacked. I’m going to do his routine.”

These people are all just the same person. How many videos do you need to watch of jacked guys lifting weights or posting pictures of chicken breast, sweet potato and asparagus?

I can’t think of anything less interesting. I mean think of the takeaway points here:

And that’s it! Literally everything you’ll ever need to know about building a physique. The idea that if you use a certain brand of BCAAs or train in a specific split can make any sort of difference over the long term should be laughable to anyone who’s trained for any length of time, but still these instagram dudes are appearing in their thousands, with an army of followers all liking pictures of their tupperware.

My ex-girlfriend followed (probably still does, we don’t talk so much anymore) a million different fitness chicks. What did I learn from their videos? The best way to be a fitness chick is to be born a smoking hot latin chick and post videos of your ass. Seems like that’s all you need to do.

I can’t think of anything less interesting. I mean think of the takeaway points here:

I couldn’t agree more… my take is that so much ‘noise’ is only going to confuse otherwise successful new comers. Back n the day all we had were shitty magazines full of misinformation to sell something - now the problem has gotten worse IMO.

Following a drug drenched bodybuilder on IG isn’t going to help a beginner at all in the long run, for example I remember Jay Cutler mentioning that he did 1000 carbs before a certain show - how in the fuck does that help a kid who idolizes him and emulates him

Don’t get me wrong, there are a lot of genuine people who are educated and want to help, but finding them might be difficult for young kids who are searching for a needle in a haystack

The 1000 carb thing is just cool to watch. There is also a natural bodybuilder that did over 1000 grams.

To be fair 1000 carbs is cool if you’re on HGH,Cytomel and a fuck ton of insulin… 4000 calories from carbs isn’t going to help the majority of newbies seeking advice from their idol on how to prep for a show though

I see plenty of natties online trying to make a name for themselves bragging about carbing up on 1000g before a show. Imo it’s not a contest to see who can use the most carbs without spilling over it’s about coming in as tight an full as you can.

This ranks up there on my WTF list with coaches who recommend their clients doing hours of cardio multiple times a day when they could just do less and eat a little less and have the same end result.

I can’t remember his instagram. I know it is a play on the phrase live, love, laugh.

After looking at a bunch of these social media pages I always wonder how difficult it is to start your own brand of caffeinated cool-aide.

That seems like the cool new thing. Do a couple of cycles, contact a supplier, design a label, distribute junk. $$$$$!!!

Yeah Stu, I’m honestly not big on social media in general let alone following BB’s. Back in the day I hung out with a handful of competitors and took all kinds of drugs with them (including recreational) so paying close attention to a bunch of internet divas on Chinese powder isn’t all that inspiring.

I can’t believe how many times I’ve seen something online/youtube where a guy who looks like a bloated mess talks about taking 3 grams of shit, which includes ‘good stuff’ like GH and tren - yet they look downright terrible in every which way. Either the drugs are fake, they’re lying their ass off, or they have zero clue on how to eat and have made a complete mess of their diet. Actually, you can add this to my list of pet peeves - assholes who look like they eat 20,000 cals of crispy cream and pin 2 grams of progesterone and call themselves bodybuilders lol

I think a reason you see promotion of things like high carb days, cheat days, etc. is because a lot of these “coaches” are training general population/people who want to look good naked. To get these people you need something enticing a niche because honestly unless you want to step on stage getting lean is really f****** easy.

In my days, it was Charles Atlas. Things haven’t changed much.

Too old for all that social media shit. Got rid of Facebook and glad I did.

I loose over half my clients in the first week because of stupid shit on the internet. I’m better off.

Keep the faith,Ignore the noise. Eye on the prize.

The ‘secret’ to great abs!

The ‘hidden gems’ for arm training!

The ‘inconspicuously unknown’ way to get bigger delts!

These titles are hilariously sad. Especially when the ‘secret’ turns out to be “lose fat to see abdominal muscles” or “hold the dumbbell with your pinky held out for mad gainz”.

GNC. The whole store. The product lines, the marketing. Everything. It’s designed to pray on noobs and teenagers.

I stopped by for the first time in years to buy vitamin D because it was next to where I already was. Figured why not. I price checked the Vitamin D against COSTCO, Swanson and Amazon. GNC had it for nearly triple. Just put it down and left. 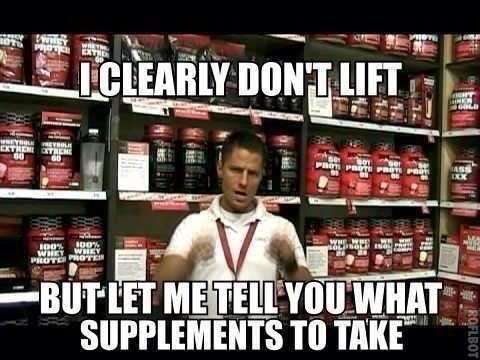 We’re all guilty, up to a point. Such is the training obsession, we’re all into wheel reinvention. After all, who can be stimulated by 3 sets of 10 these days? Social media is just feeding the beast. The fact is, we are all easily bored these days.

But since we’re talking personal beefs, mine is the plethora of diets based on ‘punishment and reward’. The usual premise being something like ‘eat like this for…’ And then ‘on day 7 eat anything you want’. I think these potentially reinforce bad eating habits especially for folks prone to eating disorders. A few well-respected names are guilty of this, in my opinion.

I’m always discussing my thoughts on competitive BBing, the social media scene, and even what forums look like these days with a handful of close friends who are all competitors (most are pros), and so I decided to jot my most recent pet peeves down. 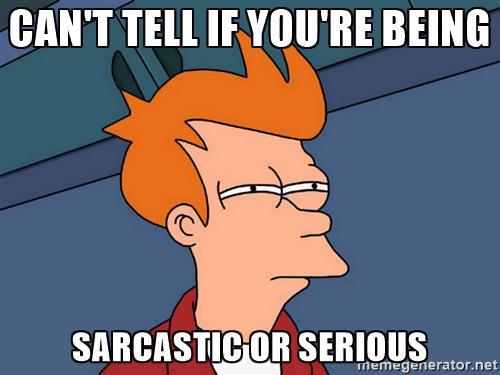 The real secret is working one’s butt off, but that’s hard to sell.

I think every workout program I’ve seen online worked for someone, but that doesn’t mean it will work for my goals, age, genetics, etc.

Gimmicks, fads, trends. Hate them. I recently offered my training “expertise” for free to my Facebook friends. I had about 5 people but me up for lifting programs and nutritional help. Several want to gain weight and one weighed 360lbs and needs to lose 50lbs for a partial knee replacement (wonder why).

I wrote very simple plans for them and simply asked them to start tracking their food with an app.

One never started tracking. One tracked a few days and ate about 1500 calories with less than 100g of protein and wanted to gain weight. He stopped tracking now. One tracked for awhile and got bored with the workouts (in less than 8 weeks). One is doing fine with both. And the big guy lost 20lbs in 3 weeks by just tracking his food for a change. He doesn’t even exercise yet.

These people display the reality of the current world - - they want instant results and novelty. Give them tried and true basics and they quit. The ones who are determined to succeed do just fine but they’re the minority.

This is why so many people follow the “pros” who participated in one show and started charging their friends for diet plans.

The sooner people learn not to expect ‘instant gratification/results’ the more inclined they are to persist with the work that needs to be done I’ve found.

Did these fb friends of yours continue to look for solutions to their problems?