My Journey to Becoming a U.S. Marine 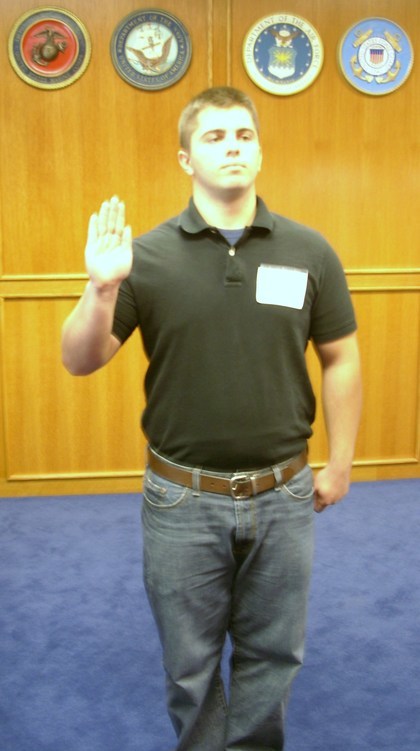 My Goals are:
20 Pullups
100 Crunches in 2 mintues
3 miles run in 18 min
100 Consecutive Pushups
50 Dips
200 BW Squats
and to somehow manage to still lift weights and make gains with all the running and body weight exercises I’ll be doing 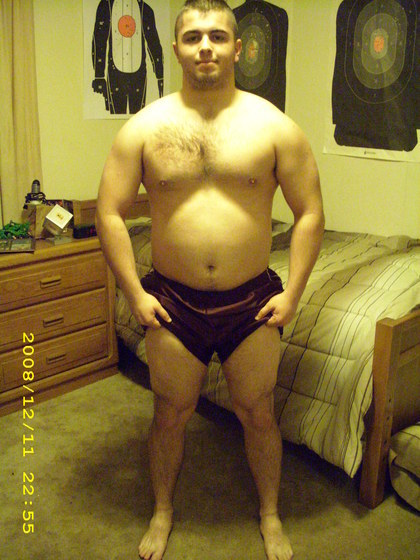 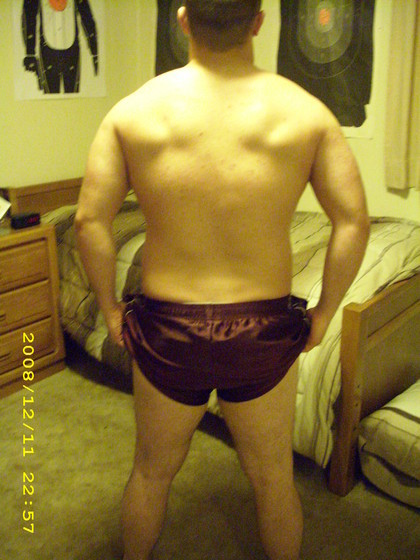 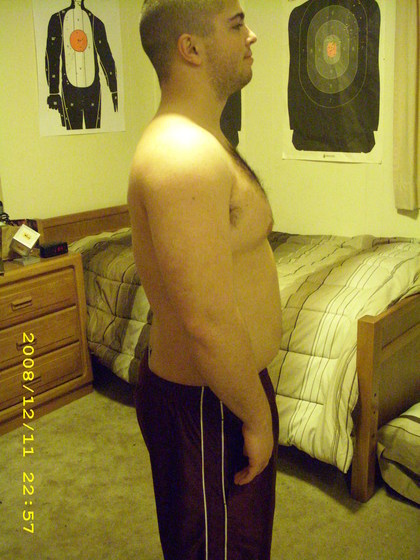 To start this log off I’m going to go to sleep.
I need to develop a pattern of healthy sleep and it’s 10:20 here so I’m hitting the hay.

Fellow Marine here 0311 infantry rifleman. I enlisted last year around this time… Novemberish maybe the 1st or something, but I shipped to boot camp (Parris Island) May 19, 2008. I just completed SOI (School of Infantry) November 1, 2008. Good luck in your preparation for boot camp. Its not what you think it is (the Marine Corps), but I’ll let you find out what the Corps is really about. If you have any questions don’t hesitate to ask me. I’ll give you some workout advice based upon what I experienced at boot camp… which in all honesty was not too physically challenging!

The hardest events at boot camp are the conditioning marches just because of the physical discomfort of carrying a light pack. It’s just because you aren’t used to carrying anything for an extended period of time that you won’t be used to it… the loads aren’t really that heavy only 40-50 lbs at the most.

I would reccomend the Recon Ron Pullup Program to build up your pullups strength thats the program I used when I was preparing for boot camp and I have no trouble getting 20 pullups anymore… in fact on my final PFT at SOI I did 25 because I did an extra on for “Myself, the Corps, Chesty Puller, OIF, and OEF” according to my Combat Instructor… haha

To build your situps I would reccomend a simple circuit of the following to start off with: 20x standard situps, 20x crunches, 20x hanging leg raise, and finally 20x dragon flags (basically toe touches but you crunch up and raise your legs at the same time to touch them in the air)… Other than that simple pyramids help 5, 10, 25, 35, 25, 10, 5 with 30 seconds of rest or something like that… what helped me the most was doing 8 x 25 sets of situps… and then when I built that up I did… 4 x 50 and then 2 x 100. I haven’t really had to work on situps since though because one you have it… its almost like pullups you just don’t lose the skill.

To help with the 3 mile run I recommened a simple running template of Monday, Wednesday, Friday, Sunday running. Monday do speedwork for example: 6 x 400m sprints, Wednesday do a tempo run or fartlek training run at a decent pace for 1 mile, run hard for 2 miles, cool down with 1 mile, Friday I’de recommened actually running a hard 3 mile run at your PFT pace and Sunday I recomend an easy jog for time…

I’m no gifted runner by any means, but I used something simple like this… to accomplish a run time of 20:21.

Concentrate mainly on your pullups and situps though… they are easy points. As you become more proficient at each exercise scale the workouts… add pullups, crunches or distance/time to them so they increase in difficulty as your fitness gets better.

mbarret6
Thanks for your advice.
I really appreciate the tips on the exercises.
I have a powerlifting background so lets just say I haven’t had alot of experience with bodyweight conditioning. I have seen pyramids schemes used quite often to increases reps so I’ll give those a try along with your core circuit.

I really like the fact that your are a 0311.
After I joined the DEP I signed a UH Infantry contract and I hope to get 0311 even though I know I could end up with any MOS in the 0300’s.
I joined the military and specifically the Marine Corps because I wanted to serve my country and if I was going to do that I wanted to be the best. I have the attitude that no matter what I will be doing in the Corps I will do it to the best of my ability and willingness because it is ultimately for America and for the Corps. I know I am naive to almost everything military and I won’t know until I experience it but I think if i have an attitude of service it will see me through.

I’ve heard that if you’re in shape that boot camp isn’t that bad physically. Right now my conditioning is terrible but by May 18th it will be a lot better so that shouldn’t be a problem.
Thanks again for your input and I hope you get a tab on this log when you get a chance.

Thanks Mccabe, me too man.
Hopefully someday I’ll get to meet some Royal Marines I’ve heard they’re badass.

Today I started the Recon Ron’s Pullup Program
It is basically a progressive overload/high volume type program
It looks like it will produce results
Here is the link if interested:
http://webpages.charter.net/bert/reconron.html
Just follow the chart and do the recommended sets Mon-Sat and rest Sun

Didn’t run this weekend and there is no excuse

Good stuff… keep in mind you have plently of time to prepare so don’t psyche yourself out on physical fitness… there are a lot of other components to becoming a Marine, but keep up the good work. I’de recommend that you start working on your diet as well in order to create optimal gains with your workout program.

Thanks for the advice mbarret6
I have been thinking a lot about diet recently and I need to get back to eating a good balance of healthly foods and I need to kill my addiction to fast food crap.

Other than the workouts I am listing here I am also memorizing the things listed in my Pre-Recruit Training Book that was given to me after MEPS. I go over things such as rank structure, orders of a sentry, etc. In addition to that you can tell just by looking at my body I have little personal discipline so I am working on that.

This might sound lame but I have kept my clothes folded in drawers and hung up in my closet for 3 months now and this is the first time I’ve ever done that so it’s a huge step forward for me. The physical fitness I believe is the area I have to improve on the most. It not only prepares me physically but helps with my mental discipline which I think is a huge plus.

I understand there is more to being a Marine than physical fitness I just believe that if that is in check then alot of other good qualities will stem from there.

Folded clothes… haha sounds like some good practice, although at boot we rolled “grunt rolls” which are basically skivvies rolled up into a cylinder encased by our boot socks… A neat footlocker though always helps.